Despite last minute efforts to close deal with Iran, talks in Geneva come to conclusion without agreement. Kerry: We narrowed differences but window for diplomacy won't stay open indefinitely. Zarif: I'm not disappointed

Negotiations between Iran and six world powers on Tehran's nuclear program ended Saturday without a deal.

In a joint press conference with Iranian Foreign Minister Mohammad Javad Zarif, European Union foreign policy chief Catherine Ashton said "concrete progress on Iran's nuclear program has been made, but some issues remain. The six powers and Iran will resume talks on November 20."

Zarif said he was not disappointed with the outcome and is "hopeful Iran and the six powers will be able to reach agreement when they meet again in November." When asked about differences between France and other Western powers, Zarif said he expected there to be differences but said talks were "very good" and "something we can build on."

US Secretary of State John Kerry said, "We have not only narrowed differences and clarified those that remain but we made significant progress in working through the approaches to this question of how one reins in a program and guarantees its peaceful nature."

He further added, "There is no question in my mind that we are closer now as we leave Geneva than we were when we came, and that with good work and good faith over the course of the next weeks we can in fact secure our goal."

But he also cautioned that the window for diplomacy "does not stay open indefinitely". Both the United States and Israel have refused to rule out possible military action against Iran if diplomacy fails to resolve the decade-old nuclear dispute.

French Foreign Minister Fabius said that "From the start, France wanted an agreement to the important question of Iran's nuclear program. The Geneva meeting allowed us to advance, but we were not able to conclude because there are still some questions to be addressed," Fabius told reporters at the end of ministerial talks in the Swiss city.

Fabius told France Inter radio on Saturday that Paris could not accept a "fool's game". 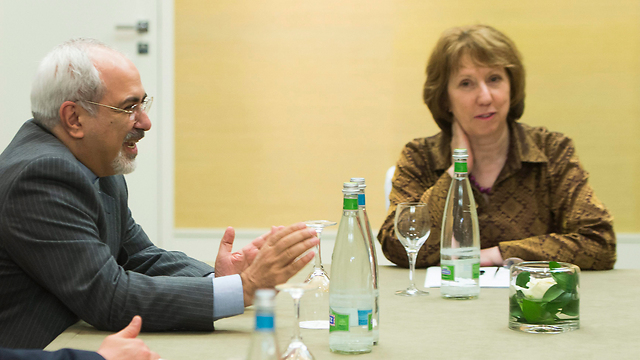 His pointed remarks hinted at a rift within the Western camp, Reuters reported. A Western diplomat close to the negotiations said the French were trying to upstage the other powers.

"The Americans, the EU and the Iranians have been working intensively together for months on this proposal, and this is nothing more than an attempt by Fabius to insert himself into relevance late in the negotiations," the diplomat told Reuters, speaking on condition of anonymity.

In a further sign that the cordiality that had reigned in the talks so far was dissipating, Iranian Deputy Foreign Minister Abbas Araqchi told Mehr news agency that his counterparts from the six powers "need constant coordination and consultation in order to determine (their) stances".

The latest round of talks began on Thursday and US Secretary of State John Kerry unexpectedly arrived on Friday to help narrow remaining differences between Iran and the six nations.

The Israeli offensive against the deal continued as a senior Israeli official said Saturday night that "the agreement currently on the table is a very bad deal. Iran stops enriching (uranium) to 20% but continues to enrich to 3.5%, in all sites and without any cap on centrifuges (which number 19,000 in all).

"The Iranians are not really paying a serious price. From what we gather they are receiving a significant reduction in sanctions," the source said, naming four major conscious Iran will receive:

According to the source "some three days ago we received an update – both from the Americans and from other sources – that they are going for an overall deal with Iran. Already then, Israel was against the deal.

"Then, over the weekend, we learnt that the deal is even worse than we had assumed, simply a massive mistake, and we lost it. (US Secretary of State John) Kerry left without a lot of food for though after a very difficult conversations with Bibi (Netanyahu).

Israeli Defense Minister Moshe Ya'alon said on Saturday that a landmark deal on Iran's nuclear program under discussion with world powers is a "historical mistake."

"An agreement now, in the current conditions, is a historical mistake that will allow the bellicose regime in Tehran to pursue its dangerous nuclear program and its ambition to spread terror and to undermine regimes in the Middle East and the entire world," Yaalon said.

He urged world powers holding talks with Iran in Geneva on Saturday to be "intransigent" with the Islamic republic, in comments echoed by Justice Minister Tzipi Livni .

"There is no need to hurry to sign an agreement that will not reach its objectives, when a much more favorable agreement could be signed given the pressure Iran is under," Livni said in a statement.

The proposed agreement - seen as a first step ahead of further talks on a final deal - would see Iran freeze parts of its nuclear program for as long as six months in exchange for some relief from the sanctions battering its economy.

Diplomats from the P5+1 group, which is made up of Britain, China, France, Russia and the United States plus Germany, grappled to secure the deal at talks Saturday in Geneva.

After several meetings with fellow diplomats, Iranian Foreign Minister Mohammad Javad Zarif said there were still "disagreements" on some questions and pointed to divisions among world powers.

"There are differences of opinion within the P5+1 group," he was quoted as saying by Iranian news agency ISNA, adding that negotiations would not continue into Sunday if a deal was not reached.

"If we do not reach an agreement tonight, the talks will be resumed in the next seven or 10 days," he said.