IDF delegation to Philippines works to set up field hospital

The IDF delegation to the Philippines landed Thursday morning in the island of Cebu, where the delegation intends to form a field hospital that could tend to up to 1,500 patients a day. At the same time, the delegation will assist local medical services in resuming normalcy.

Head of the delegation, Colonel Ramtin Sefati, said that "Local authorities have asked us to assist with restoring the function of local schools since they, as many facilities, were left without electricity or running water." 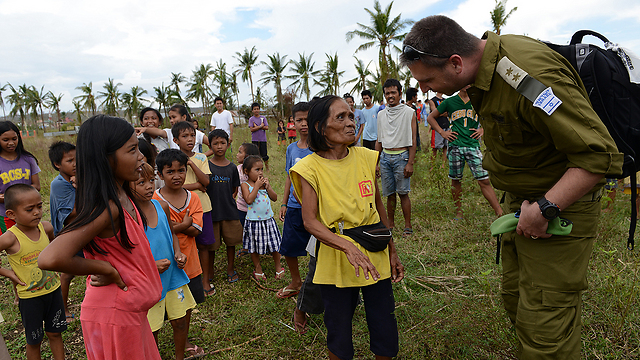 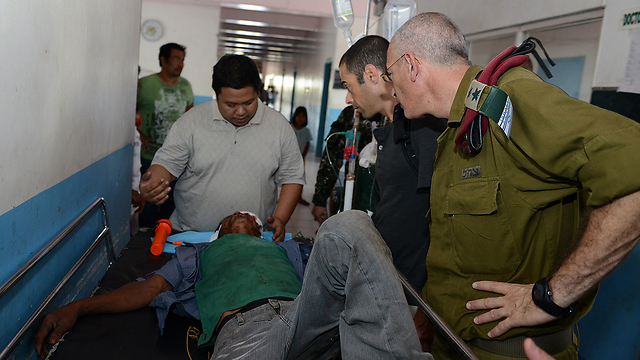 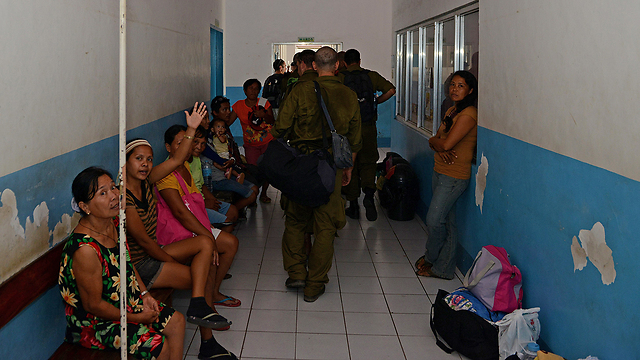 The UN reported Thursday the typhoon that ravaged the Philippines has killed 4,460 people. The world body said it received confirmation on the death toll from a government agency.

The UN Office for the Coordination of Humanitarian Affairs released the figures Thursday, citing the Philippines' Department of Social Welfare and Development as the source.

The UN added that some 920,000 people were displaced by the storm and a total of 11.8 million people have been affected.

Rescue personnel with Israeli delegations said that work was conducted under challenging conditions, lacking security, food, supplies and communication. Within the next 24 hours an additional medical team is scheduled to leave Israel for the Philippines.