A top Philippine civil defense official says the death toll from last week's Typhoon Haiyan has risen to 3,621. That's a jump of more than 1,200 from the previous toll of 2,360 that was announced earlier Friday by the National Disaster Risk Reduction and Management Council. Meanwhile, dozens of rescue crews from around the world descended on the typhoon torn country in an attempt to help find additional survivors. Among those crews was the Israeli delegation which has finished setting up its field hospital and has already registered a heartwarming story – the birth of baby boy.

As the IDF medical team in the Philippines had finished building its field hospital in the city of Sebo, a woman in labor arrived at their door and with the help of doctors, successfully delivered a baby boy.  The mayor of the city who visited the hospital said the baby would be named Israel. 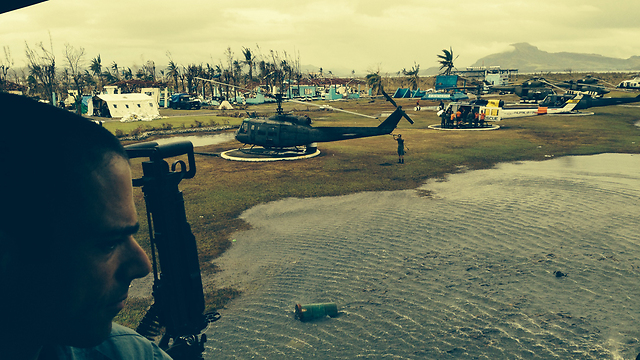 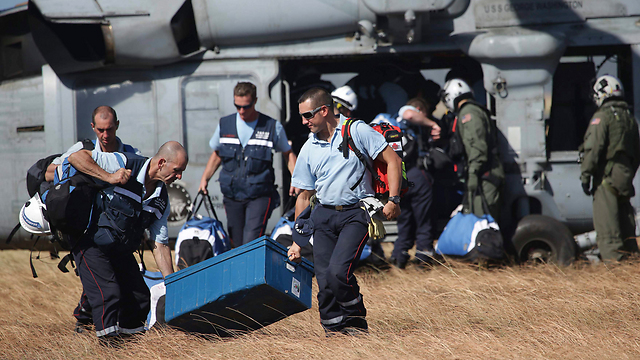 The IDF reported that the baby was born during the eight month of pregnancy, weighing in at 2.150 kg (roughly 4.74 pounds). His birth was performed by the five person gynecology team which arrived in the islands together with Israel's rescue delegation and is comprised of three gynecologists and two midwives. 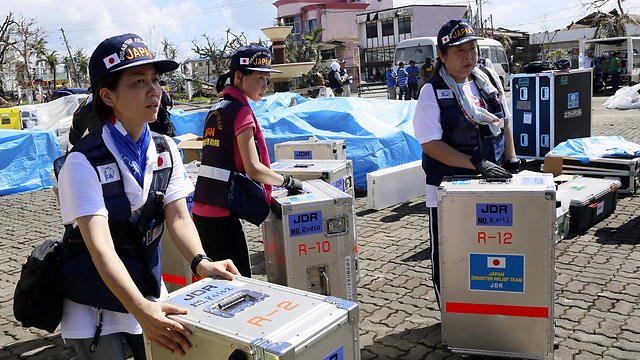 "As a sign of gratitude to the delegation, his father decided to call him Israel," the IDF Spokesperson Unit said.

Death in the streets, help from above

"There are a lot of dead people on the street in our neighborhood, by the trash," said Aiza Umpacan, a 27-year-old resident of San Jose, one of the worst-hit neighborhoods.

"There are still a lot of streets that were not visited by the disaster relief operations. They are just going through the highways, not the inner streets," he said. "The smell is getting worse and we actually have neighbors who have been brought to hospital because they are getting sick." The preliminary number of missing as of Friday, according to the Red Cross, rose to 25,000 from 22,000 a day earlier. That could include people who have since been located, it said. The nuclear-powered USS George Washington aircraft carrier and accompanying ships arrived off eastern Samar province on Thursday evening, carrying 5,000 crew and more than 80 aircraft. 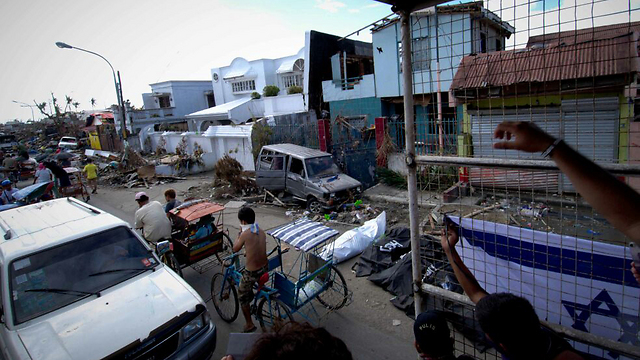 Talcoban after the storm (Photo: First)

US sailors have brought food and water ashore in Tacloban and the eastern Samar province town of Guiuan whose airport was a US naval air base in World War Two. The carrier is moored near where US General Douglas MacArthur's force landed on Oct. 20, 1944, in one of the biggest Allied victories. A Norwegian merchant navy training vessel arrived at Tacloban on Friday with goods from the UN World Food Program, including 40 tons of rice, medical equipment and 6,200 body bags. Boxes of aid were being unloaded at Tacloban's badly damaged airport, where more than a thousand people queued for hours hoping to evacuate. The tarmac was a hive of activity, with three large South Korean military transport planes joining two US Osprey aircraft and US Navy helicopters unloading and ferrying aid. Hundreds of people, part of nearly a million who have been displaced by the storm, lined up for food and drink at an evacuee processing center at Mactan Air Base in Cebu, the country's second-biggest city. Some 522 evacuees passed through the center on Thursday, with hundreds more arriving on Friday, a government coordinator, Erlinda Parame, said. In one room, children huddled on a mud-streaked floor watching cartoons on a small television. Nearby, Gerardo Alvarez, 53, sat strapped to a metal wheelchair, straining against the bandages that restrained him. "The water is coming! I'm going to die!" he shouted. The traumatized man had escaped the storm surge from a second-story window of his Tacloban home while his sister and mother, who were praying downstairs, drowned. Reuters contributed to this report