Two days after the murder of IDF soldier Eden Atias at Afula's central bus station, the police carried out an operation Friday to arrest dozens of illegal aliens in northern Israel, most of who were returned to the Palestinian Authority.

But it seems to only be a drop in the ocean: The infiltration to Israel, mostly through places in which the border fence was not completed, reminds that in many areas, the Palestinians join Arab-Israelis and add on to the complex situation and the tension surrounding the lives on both sides of the Green Line.

"There are thousands of illegal immigrants running around in the Arab sector," a police source estimated to Ynet. "Some of them are also in the Jewish sector and work without a permit." On Friday night, Border Guard fighters and North District Police located 70 illegal aliens in dozens of buildings and farming grounds in several locations in northern Israel. 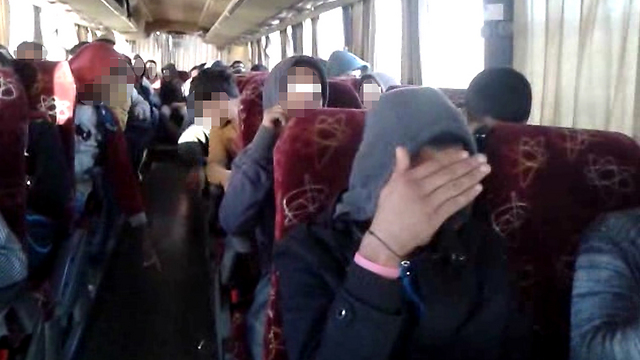 Some of those arrested in operation to capture illegal aliens
Until now the fear was palpable, and it seemed that the murder this week also affected the employers who enjoyed the economic advantages of illegal aliens, who one of them turned out to be a 16-year-old terrorist. An Arab-Israel business owner, who for obvious reasons chose to stay unidentified, admitted: "I still employ illegal immigrants. It is very dangerous, especially after the last attack. The problem is that if I give them up then I might as well shut down my business, because I can't keep Israeli workers and pay them double." Another business owner from the area of Wadi Ara said that he hires three illegal aliens without permits. "Once I heard about the attack I asked them to leave so that I wouldn't get into trouble with the police. I decided to not bring them back to work because I don't know if one of them would ever think of doing something that would risk us all like an attack."

After the murder of Tomer Hazan, the IDF soldier who was tempted by a Palestinian worker at a Bat Yam restaurant to come to the territories, Israel estimated that some 100,000 Palestinians are currently within the Green Line boundaries and about 30,000 of them are doing so illegally. The IDF, police and Shin Bet are well aware of the issue. Security forces are conducting daily operations along the border fence to capture the illegal aliens, yet the reality paints an alarming result.

Among Arab-Israeli citizens, alongside the cooperation that is derived from economic motives, it is increasingly understood after the latest murder that the phenomenon is a great risk and causes many to pay a price for actions unrelated to them. 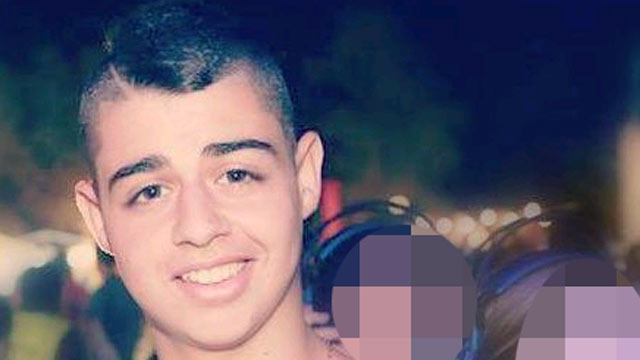 IDF Soldier Eden Atias, murdered by illegal immigrant
Muhamad Sharif of Qalansawe strongly condemns the attacks and said that "sometimes I would ride the bus to run some errands. I stopped because of the attacks, because some of the passengers would see me as someone who is about to commit a terror attack." Fadi Mansour from Tira explained that "at first we pitied the illegal immigrants who came to work because they had no work. After the attack we started to see they were endangering the Israeli society." According to him, he is ashamed to meet Jewish friends after the attack, "because I don't know what to tell them. It is also hard for me to walk around freely in Jewish communities without hearing racist remarks. Arab-Israelis had nothing to do with these attacks."

Baqa al-Gharbiyye Popular Committee Head Samih Abu-Muh emphasized that "we see the personal security of any person as a high value, and no one has the right to take someone else's life. These things allow people the legitimacy to make generalizations. I hope that peace will prevail in our region so that we could live peacefully."