30-year-old man with no criminal record is shot to death while standing near grocery store in Jaffa. Police examine whether shooting was made from passing vehicle or from close range

A man in his thirties was shot Saturday morning in the heart of Jaffa. Magen David Adom emergency services evacuated him to a hospital with resuscitation efforts, yet shortly after pronounced his death. Large police forces are at the scene, investigating the circumstances behind the event. So far, no arrests have been made.

Preliminary details reveal that the event took place at 10:30 am. After the mueder, a vehicle was spotted fleeing the scene, and it is investigated whether the shooting was made from within the vehicle or whether the shooter exited the car and shot the victim from close range. The man that was shot stood near a grocery store that was open at the time, as several other people were also standing nearby.

Even though the victim had no criminal record, police estimate that he was indeed the target for the shooting. Shai Pinchas, an MDA paramedic who arrived at the scene of the murder, said: "We found the man shot in his upper body. We began resuscitation efforts and transferred him to the hospital, where the resuscitation efforts continued, however they were forced to pronounce his death."

The event joins a series of recent cases in which criminals operate within populated areas, while risking innocent civilians. Ten days ago, a bomb exploded in the car of a Tel Aviv Prosecution attorney. No injuries were reported in the event. 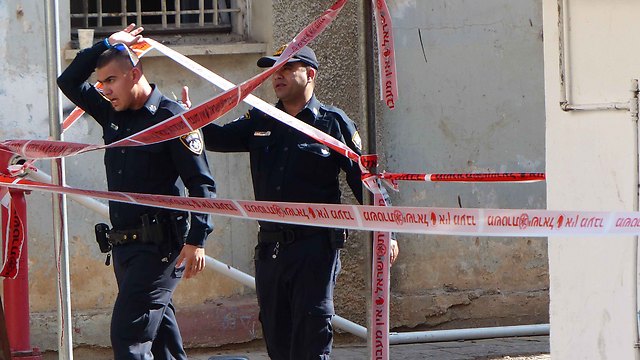 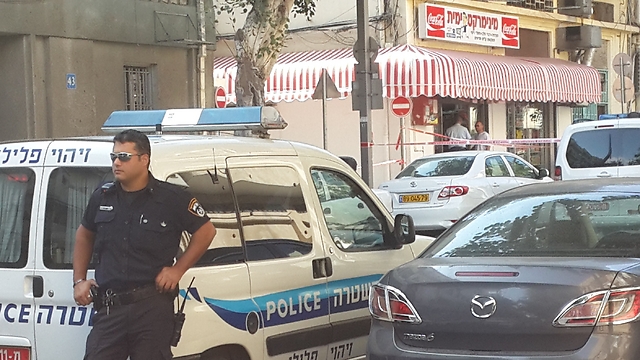 Murder scene, Saturday morning (Photo: Eli Senyor)
Earlier this month a man in his thirties was critically wounded when his car exploded in Ashkelon due to a device planted in his vehicle. Police sources said that the target was affiliated with Shalom Domrani's criminal organization.

About 10 days before that, a courier of the Shalom Domrani crime group was killed by a device attached to his car, as the event took place near a school. One of the organization's top members was critically injured in the event. Hours after the explosion in the heart of Ashkelon, an assassination attempt took place in Yokneam, an event that saw one man seriously injured.