Heavy fighting in a border region of Sudan's Darfur has killed 100 people, state radio reported on Saturday, while another source said Chadian soldiers were among the recent dead.

"The number of casualties has grown to 100" after battles between the Misseriya and Salamat tribes, Radio Omdurman said in a brief bulletin sent by SMS.

The dispatch did not say what time period its toll covered, but intense battles between the two groups have flared again this month in southwestern Darfur.

Radio Omdurman said fighting had stopped but a Misseriya leader told AFP battles continued on Saturday around southwest Darfur's Umm Dukhun town, with more than 50 killed on both sides.

Chadian troops in a joint force with Sudan were among those killed in recent fighting, a humanitarian source said Saturday. 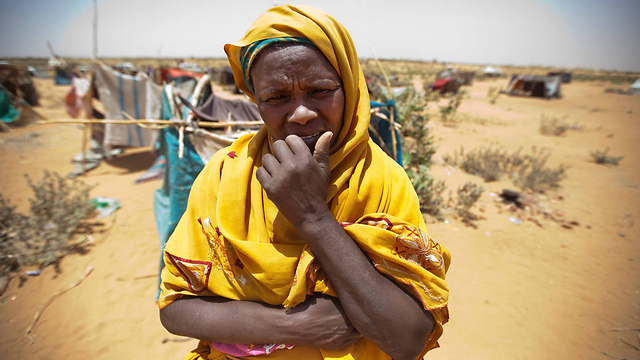 The source did not know how many Chadians died in Thursday's fighting with Salamat tribesmen around Umm Dukhun, on the border with Chad.

"Chadian deaths are confirmed," said the source, who asked for anonymity.

Sudan restricts access to the remote area, making it difficult to confirm details of the fighting.

Soldiers from Chad and Sudan have cooperated to jointly patrol their border region since ties between the two countries began to improve in 2010.

Off-and-on clashes between the Salamat and a rival Arab tribe, the Misseriya, had already killed more than 200 people since April in southwestern Darfur.

In Thursday's incident, the Salamat attacked Umm Dukhun and a camp for displaced people on its outskirts, in what the source called a "big battle".

"They were eventually repulsed by the mixed Chad-Sudan forces, and pushed into Chad where the forces chased them for a while," the source said.

During the pursuit some of the Chadians were killed, "most likely inside Chadian territory", the source said, adding that Salamat casualties were apparently heavy.

Both the Sudanese military and Chad were sending reinforcements to the area, the source added.

Sudan's armed forces spokesman could not be reached for comment.

A Salamat source confirmed that fighting occurred in southwestern Darfur on Thursday, but he said he was not sure if the Chadians were involved.

Tribal violence and rebel-government battles have displaced at least 460,000 people in Sudan's Darfur this year, the United Nations said on Thursday.

Two days of fighting between the Misseriya and Salamat in early November left more than 50 people dead outside Mukjar town north of Umm Dukhun, according to reports cited by the United Nations.

Non-Arab rebels rose up 10 years ago in Darfur, seeking an end to what they viewed as Arab elites' domination of Sudan's power and wealth.

In response, government-backed Janjaweed militiamen shocked the world with atrocities against civilians.

Analysts say the cash-starved government can no longer control its former Arab tribal allies, whom it armed against the rebellion, and violent competition for resources has intensified.

In May, the Justice and Equality Movement rebels said Chad's air force had targeted them in bombing along the frontier of North Darfur state. A regional expert confirmed the air strike.