In 1998, Samir Abed Latif al-Baraq was a BA student in biology in Pakistan when he decided to become an 'a-aa'dar' and start planning for a jihad that he believed would soon begin. He went to an Islamist militants' camp in Afghanistan and tried to convince some of his friends to go with him. It was the first of many training camps in which he would spend time in upcoming years, training to become a terrorist.

Ynet has attained his interrogations' transcripts from the defense establishment, dating back to his arrest at the Allenby Bridge crossing in 2010. The records shed light on the path that he chose, and how he managed to make use of his academic education to become a member of al-Qaeda's mysterious "biological project," and not just a regular terrorist.

When he got to the camp in Afghanistan, he and his friends quickly learned how to operate weapons and how to make and use poisons, such as cyanide. In the summer of 1998, on his way back to Pakistan, he started talking about an attack on Israel for the first time.

In the coming years, after each trip to the military training camp, al-Baraq's standing became greater. He started talking to Palestinian students from his former university in order to train them and then send them to the West Bank in a bid to train additional Palestinians and have them join the terrorist organization.

When the interrogators asked him about this, he responded: "Yes, this is true. The plan was to arrange military training for additional people in the West Bank so they would have the ability to defend themselves in the event of an Israeli attack against them."

On one of his trips to Afghanistan in 2001, while he was staying in what he called a "special guesthouse for mujahideen activists," two local activists came to talk with him and told him about the al-Qaeda member Ayman al-Zawahri – at the time a senior member in the organization and today the leader (after Osama bin Laden's assassination) – who was interested in al-Baraq's activities and wanted to work with him.

"One of them told me that al-Zawahri was looking to find someone with my experience for al-Qaeda," he said. "I agreed. I understood that I was going to be part of the organization's microbiology division." 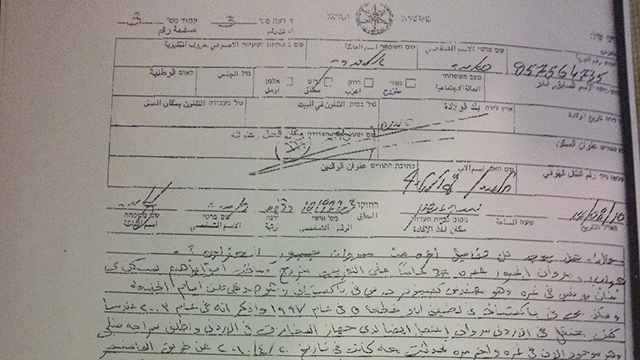 Ynet learned Sunday that al-Baraq has been jailed in Israel since 2010. Last month, al-Baraq petitioned the High Court against the injunction, seeking to be released to the West Bank – and the court is expected to rule on his request Monday.

The defense establishment, fearing that such an act would be a "point of no return in the development of jihadi infrastructure in the region," is claiming that the arrest was warranted, and that there is no other way to prevent the large-scale regional risk which his release poses to the public.

Looking for Israelis in Jordan

Al-Baraq told his interrogators in detail how he planned to harm Israelis and Jews. In 2001, in a camp in Afghanistan, he told one of his colleagues about a friend of his, a man named Halil, who was a tour guide for Israelis visiting Jordan. The colleagues couldn't believe his ears. "It's very important what you're telling me," he said to al-Baraq. "I know a guy who's looking for someone just like Halil." That man he was referring to was Abu Musab al-Zarqawi, a wanted terrorist, with a Jordanian background, assassinated by the Americans in Iraq. Completely by accident, at the same time, al-Zarqawi was staying in a guesthouse not far from where Chechnyan Jihadist fighters were living. "I agreed to meet with him, and we went to the guesthouse," al-Baraq said in the interrogation.

Al-Zarqawi was very pleased to meet with al-Baraq, and asked him to connect between him and his friend Halil in Jordan. "I told him in detail that my friend takes Israelis from the border crossing (with Israel) to the hotels in Jordan, and he knows exactly where they're staying," he said in the investigation. "He said he was interested in meeting Halil so he could perform an attack against Jews in Jordan."

Al-Zarqawi asked al-Baraq to go to Jordan and recruit Halil. "After I agreed, he gave me $1,500 for my expenses, and he gave me instructions on how to recruit him. He said that he would send his people to do the attack. He said to me he wanted to think about the way that he would execute the attack… I bought clothes so I would like a tradesman… I met Halil and told him that I wanted to recruit him for a terror attack in the name of the mujahideen, with the authority of Abu Musab al-Zarqawi, and explained to him that the objective was an attack against Israeli tourists in Jordan… He told me that they were staying at the al-Sapir Hotel and the Ambassador in Amman. Halil heard me out and agreed to be part of the attack."

Next, the two travelled to Aqaba to find another location for an attack, but they said they didn't find any Jews there. They used secret codes to communicate, and once in a while al-Baraq would receive a message such as: "the groom is coming, so you need to rent a wedding hall and there will be a big wedding." He explained: "The groom is the one who would execute the attack and the wedding hall is where the attack would happen. A large wedding is a large attack." Over the course of two months, the attempts to execute the attacks failed. Then September 11 arrived, and al-Zarqawi went underground after becoming one of the most wanted men in the world. The mission was put on hold. Al-Baraq's father, Hilmi, who lives in the Palestinian village Jayyous, next to the West Bank city of Qalqilya, told Ynet about the path his son took after he left his family in 1995 and went to study biology in Pakistan. He said that he received a bachelor's and master's degree, and then went to teach science in a school in Karachi, which had connections with the Saudi embassy. During his stay there, he also married a Pakistan woman.

He lost contact with his son in 2002, and only after a year Samir called to tell his family that he was in jail for eight months in a Jordan General Intelligence Directorate facility. After a short period he was jailed again in Jordan, this time for five years, from 2003 to 2008. Hilmi said during all those years he was never brought to trial on the charge of connection to the radical Islamist group. Despite his son's admission in the interrogation, the father still doesn't know about the weeks in which his son was in the Guantanamo Bay detainee camp in Cuba.

The father is convinced that since his release in 2008 his son led a normal life and worked in a medical lab in Jordan, and despite that he was still arrested a few times from 2009-2010. The father claims that after his last arrest, Samir was brought to the Israeli security forces – and didn't go to the Allenby Bridge crossing out of his own volition. 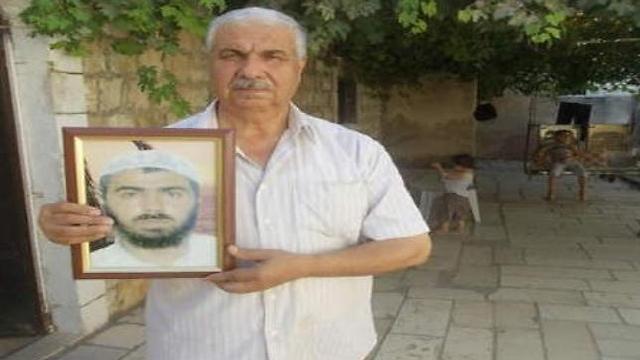 Hilmi, al-Baraq's father
Al- Baraq's wife, whose Pakistani passport comes from a country that has no diplomatic ties with Israel, wasn't allowed to visit her husband, and has since gone back to her home country. The father said he knew about his son being on a hunger strike as a protest for his administrative detainment, and that family members appealed to international institutions in order to have him released. Palestinian spokespeople told ynet that during one of his hunger strikes in 2012 there were talks about releasing him to Egypt, but they didn't bear fruit. A Palestinian security official told Ynet: "Al-Baraq is well known to the Palestinian defense establishment. He was arrested by the Jordanian central intelligence and they are the ones who 'supposedly' released him, knowing he would pass through Allenby. He is a very dangerous man."