The Organisation for Economic Co-operation and Development (OECD) lowered the Israeli economy's growth forecast in its Economic Outlook analysis publication, which was published Tuesday.

The organization also recommended the government continue to dilute its fiscal consolidation programmed in the 2013-2014 budget, despite favorable surprises in revenues and spending growth.

The OECD encouraged the Bank of Israel to take more conservative measures. According the organization's economists, given the economy's firming recovery and a pick-up in the inflation rate, the Bank of Israel needs to raise the base interest rate and diminish discretionary interventions in the foreign currency market.

The organization estimated in its report that GDP growth will stand at 3.7% in 2013, lower than the estimate published in May, when it was 3.9%. The OECD's forecast is almost an exact copy of the Bank of Israel's September forecast and the Finance Ministry's June forecast, with both estimates standing at 3.8%. 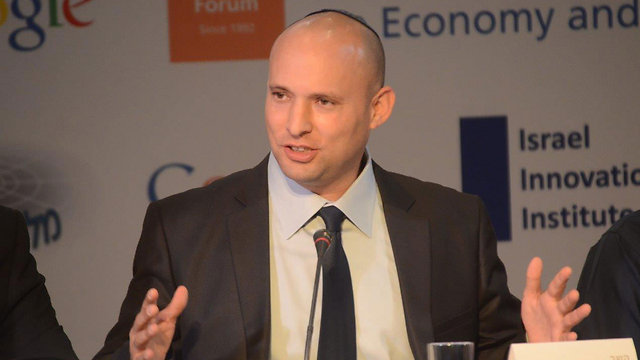 In regards to prices, the OECD warned about a rise in inflation, and stressed that despite the low anticipation compared to 2013, 1.5%, the rate is expected to rise next year to 2%. And despite the estimate being within the government's target, the organization recommended the Bank of Israel take steps to prevent pressure on the inflation rate. It also noted that achieving the desired inflation rate is dependent on the reevaluation of the shekel.

The OECD also published a reduced employment rate prediction for Israel. The organization previously estimated that the rate would be 7.2% in 2013, while it currently stands at 6.8%. The 2014 forecast is 6.9%, in comparison to 6.8% in 2013.

Contrary to the organization's past prediction that the Israeli government won't keep its deficit target, the OECD published that a rise in government expenditures and restraint measures will raise the deficit slightly to 5% in 2013 and it will decline to 3.9% and 3.4% in 2014 and 2015, respectively.