Foreign Minister Lieberman says ties with US only part of network of allies Israel seeks, more allies should be found, stresses State 'should be looking for diverse allies with common goal'

Foreign Minister Avigdor Lieberman said at a conference that while "the ties with the US are continually deteriorating," Israel must "seek other allies with common interests."

Lieberman added that the Americans are facing many challenges: "Troubles in North Korea, Pakistan, Afghanistan, Iran, Syria, Egypt, China, and they have their own economic issues – thus I ask: What is our position in the international arena?

"There is one Jewish state and 57 Muslim ones. We're in an inferior position to begin with. Every country is looking for investment or foreign aid." 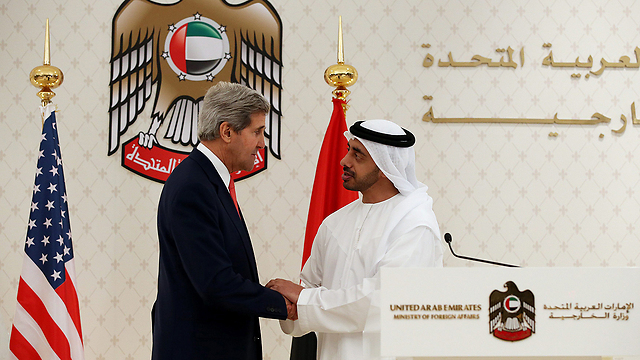 Lieberman discussed his meeting with a European prime minister who was once a member of the opposition: "Back then," Lieberman said, "he talked about Israel and the whole Mideast as if he was in Yisrael Beiteinu. And now he's adopted anti-Israeli views.

"I asked a common friend of ours how it happened. He said – 'What do you want from him? He has unemployment to deal with; he's looking for investments and sponsors.' All these come from Persian Gulf states, Saudi Arabia or Turkey – so how can I blame him? I can understand him; I can agree or disagree, but I definitely understand him."

Lieberman added that the State does not "have that kind of economic leverage. The ties with the US are deteriorating. They have problems in North Korea, Pakistan, Iran, Syria, Egypt, China, and their own financial and immigration troubles. Thus I ask – what is our place in the international arena? Israel must seek more allies with common interests."

Lieberman proposed to "understand others and not whine. We have to think on how we restore our reputation in the international arena. There has to be a clear concept. We have to find those countries that aren't looking for money, that don't need the Muslim world, but are looking for knowledge in technology, agriculture, hi-tech... The foreign policy should be diverse, looking for allies with a common goal. Enough whining and saying, 'they should come to us.'"

Lieberman, who has been back in the Foreign Ministry recently after his unanimous acquittal by the Jerusalem Magistrate's Court, declared upon his return to office: "Relations with the US are the milestone, and without them we cannot maneuver in today's world," he said, thus offering a seemingly moderate position regarding the fierce disagreement between Israel and the US on the Iran issue.

Since Lieberman returned to his post as foreign minister, the Knesset's Foreign Affairs and Defense Committee was left without a chairman, as he led it while his trial was still pending. A new chairman is yet to be elected.