Diplomatic officials say Kerry not knowledgeable on topic of Iranian issue, causing to 'lose fight for this round of talks'. Head analyst believes Israeli pressure will influence final agreement

As talks resume in Geneva between representatives of the six world powers and Iran, officials in Israel are still frustrated by the American approach on the matter. In the opinion of senior statesmen, Obama administration officials are pushing for an agreement at any price.

On Thursday, diplomatic sources accused US Secretary of State John Kerry of working towards an agreement without understanding the issue.

"You need to say the truth," said a diplomatic source to Ynet, "Kerry just doesn't understand the matter. He doesn't exactly know what is being discussed. Just a few days ago he talked about the need to inspect the reactor core in Qom, except the Qom reactor core is already under inspection." 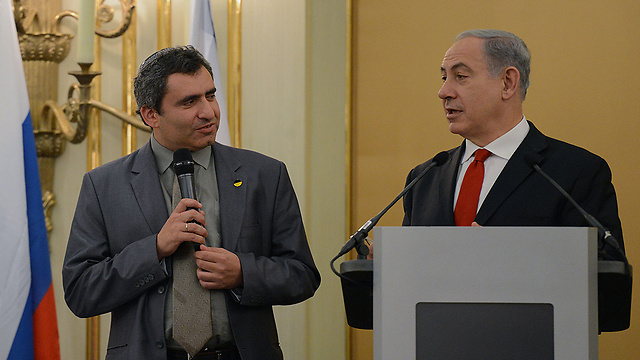 On Wednesday, Prime Minister Benjamin Netanyahu tried to convince Russian President Vladimir Putin to join France and publicly denounce the developing agreement, to no avail. Israeli officials are already admitting that "we lost the fight for this round (of talks). We have to hope that the final agreement is much better."

At a meeting between Netanyahu and the heads of the Jewish community in Moscow, the PM said: "The Iranians deny our past and repeat time after time their obligation to wipe the State of Israel off the face of the earth. It reminds us the dark regimes in the past who plotted first against us and then against the whole of humanity." He explained that the Iranians are using propaganda: "They are creating a propaganda movie with piano sounds, where you see the foreign minister walking around the building talking about the need for a future of peace. This is not the real Iran."

"The real Iran is what Iranian leader, Khamenei, said yesterday. He called Jews rabid dogs, saying they are not human beings. The public answered with calls of 'death to America, death to Israel.' Does this sound familiar? That's the real Iran! We are not mixed up. They cannot have nuclear weapons and I promise they will not have a nuclear weapon," Netanyahu continued.

Sima Shein, head of the Iran department at the Ministry of Strategic Affairs, explained to Ynet that it is not certain that Israel will be crowned the loser in the current round against Iran. "If the battle focused on partial or full agreement – from the beginning Israel's position was not accepted. On the other hand, the pressure Israel applied over the last few weeks definitely liable to improve the deal." She added, "The battle is not lost but this is not the agreement we would have wanted. Israel is interested in a comprehensive agreement that will forbid uranium enrichment." Shein shed light on the concerns of canceling the economic sanctions on Khamenei's regime: "It required a lot of time to get to these sanctions. Some of the countries didn't want to do this and are paying for that."

She also explained the improvement on the opening stance of the six powers due to the efforts of Netanyahu's government: "Israel managed to convince the international system that this is not only in Israel's interest."