East Jerusalem businessman Hani Almi's trip to Paris this month turns to theater of humiliations as security personnel force him to board without 'suspicious' shoes, wallet, attaching agent to him in terminal halls

Hani Almi arrived at Ben-Gurion Airport earlier this month for a business flight to Paris on Air France. The entrepreneur, who frequently travels abroad for business, is already used to the meticulous airport security checks for east Jerusalem residents and other Arab-Israelis, and had therefore arrived early knowing that he would undergo a scrupulous check.

Almi said that during security check, agents opened his suitcase and checked inside, as they usually do. "They said to me that I can't take my laptop charger, shaver and other objects on the plane." He added that agents told him the items would have to be packaged up and put in the hull of the plane, and not in his handbag.

Almi didn't argue, but was then taken to a back room, where he was asked to undress. According to Almi, security agents told him he couldn't board the plane with his shoes because there was something suspicious about them. When he asked if they wanted him to walk in the terminal halls barefoot, he was told he would be given flip-flops, and that his shoes be stored with the rest of his baggage in the plane's hull.

"I didn't agree to a humiliation of this sort," he said; "to board the plane with flip-flops. Then they told me that if I didn't want to, I could just not go on the plane."

Eventually, one of the security officers allowed Almi to go on the plane with another pair of shoes he had in his baggage, but not with the "suspicious" shoes.

Furthermore, Almi said he was not allowed to board the plane with his handbag, watch, wallet, cellphone, or even money. 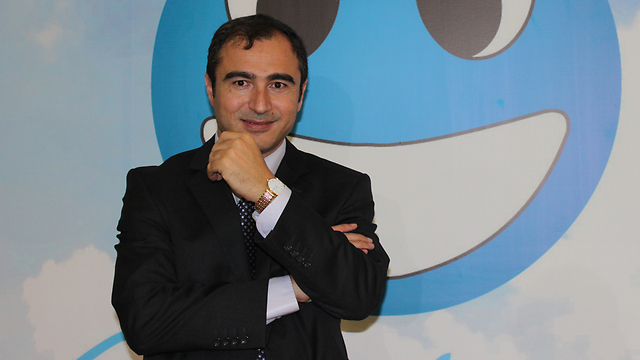 Hani Almi. 'I didn't agree to a humiliation of this sort '

"They sent me to the plane without anything. The only thing they let me take was my laissez-passer and my ticket," Almi said, noting he didn't complain he almost missed the flight because of all the hassle.

The finale to the nightmare came when the security officers decided to attach an escort to Almi until he boarded the plane. "Even when I went into the bathroom he came in with me and said he has an order not to leave me for a second." He stood behind him the whole time until he entered the passenger boarding bridge to the plane, Almi said.

The High Court of Justice is currently deliberating an appeal that the Association for Civil Rights in Israel (ACRI) presented on the discriminatory security checks Israeli Arabs go through in Israel. The appeal was submitted in 2007. The court has yet to make a decision.

Lawyer Auni Banna, head of the Arab minority department at ACRI, said the set of humiliations that Almi went through comes from a racist security policy, which sees Arabs as a walking danger. 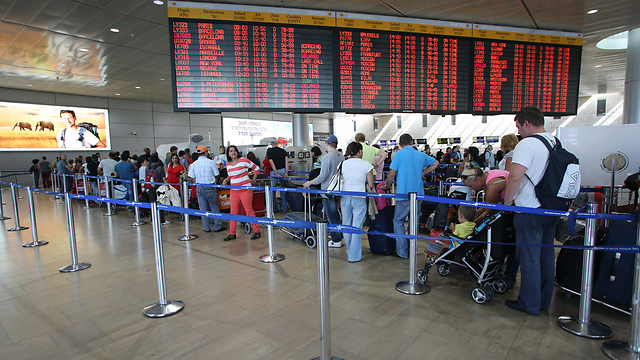 "This policy doesn't hesitate to humiliate them (Arabs) with intruding examinations, delays and damage to and confiscation of personal equipment. It's important to check people before they board the plane, but it’s a long way from the constant humiliation that Arabs go through at Ben-Gurion."

The Israel Airports Authority commented on Almi's treatment. "This is an examination that is done in order to ensure that a passenger won't reach the plane with objects on his body or in his bag that are capable of putting the plane and other passengers at risk.

"In regards to this specific check, dissimilar to other baggage checks done in the public hall, the physical check is done in a separate room. The examination is there in order to, as much as possible, protect the modesty and privacy of the passenger."

The authority said there is no examination procedure where a passenger will receive flip-flops or any other type of shoes. "These courses of action have responses to safeguard the comfort and integrity of the passenger, while providing an operational and professional response that will prevent danger during the flight."

The Israel Airports Authority declined to comment on the fact that Almi said he wasn't allowed to bring his personal items, including his wallet and money, onto the plane like the other passengers could.