Medical delegation to Philippines tends to patients with growth-induced blindness. Removal of growth made possible due to resourcefulness of staff nurse who redesigned surgical tools to enable procedure. 'Patients who all of a sudden could see after the operation were so excited – it's a miracle happening before your very eyes,' Dr. says

The Israeli medical delegation to the Philippines has managed to restore the eyesight of four residents of the Philippines, aged 40 to 74, who were blind as a result of pterygia – growths in the eyes, associated with ultraviolet-light exposure, low humidity and dust.

The patients suffered from pterygia before Typhoon Haiyan hit the islands. "Many locals had this disease, but those who are poor couldn't afford surgery," Lt.-Col Dr. Erez Tsumi told Ynet.

According to Dr. Tsumi, who has been performing the surgeries, the delegation did have suitable equipment for operating on pterygia, but Reuven Gulfund, from the orthopedic department at the Hadassah Mount Scopus Hospital in Jerusalem managed to find a solution. 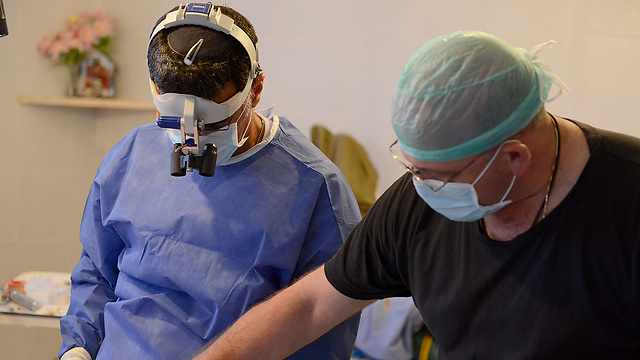 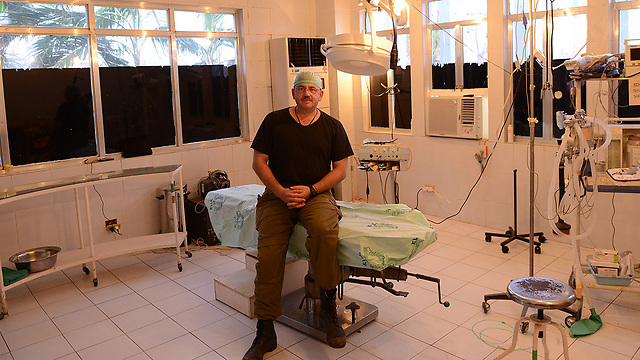 Gulfund, who serves as a nurse with the delegation, said he had "found medical tools and redesigned them to make them more microscopic, gentler and sharper. Then we could start operating.

"The local nurse who assisted with interpretation was thrilled and was jumping with joy along with the patients when the surgeries ended and they confirmed they could see his fingers," Gulfund noted, adding "you feel like you've given people their lives back. It feels amazing. They all thanked us profusely."

Tsumi explained that during surgery, "the growth is peeled off and in order to prevent its return, a clean conjunctiva is transplanted. The suture threads were brought in from Israel, but the rest of the tools are the result of nurse Reuven's improvisational skills.

"The patients who all of a sudden could see after the operation were so excited – it's a miracle happening before your very eyes," the doctor said.