Defendants in Natan Zada lynching get 2 years in prison

The Haifa District Court sentenced three of the attackers of Jewish terrorist Eden Natan Zada to two years in prison. In August 2005, Natan Zada murdered four Shfaram residents and was beaten to death by an angry mob. Two other defendants also received jail time, while one was given probation.

Naaman Bahus, Basal Kadri and Jamil Sfori were sentenced to two years in prison. Basal Hatib was sentenced to 20 months in prison, Fadi Nasrallah to 18 months and Arka'an Korbag to 11 months.

Meanwhile, hundreds of Shfaram residents demonstrated outside the court as the sentence was being handed down. Some said they will appeal the sentence. The protesters blocked a nearby road and began hurling stones. Police are at the scene trying to restore order.

Presiding Judge Ilan Schiff said the State of Israel cannot tolerate acts of retribution. He noted the act was not planned but was particularly brutal, lasting a whole hour.

"We have no proof of discrimination against Jews in similar circumstances," he said. "We did not see fit to address past cases where Jews who were tried for similar offences were pardoned." He explained this does not affect the sentence but the procedures following it. 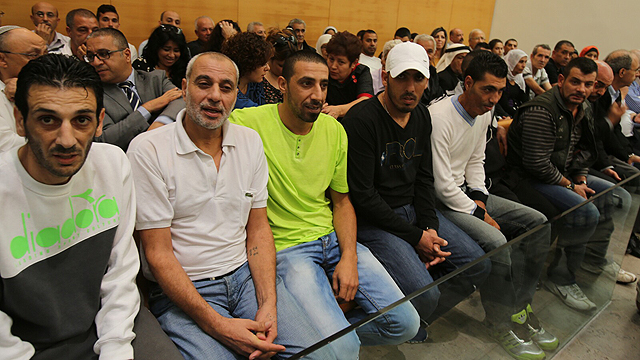 Outside the court hundreds of Muslims, Christians and Druze gathered to protest, among them Arab Knesset members. "This is the toughest day for us," one of the defendants said. "We deserve no punishment. We paid enough with all the hardships we’ve been through in the past few years. Unfortunately the state wants to turn us into terrorists instead of being honored." 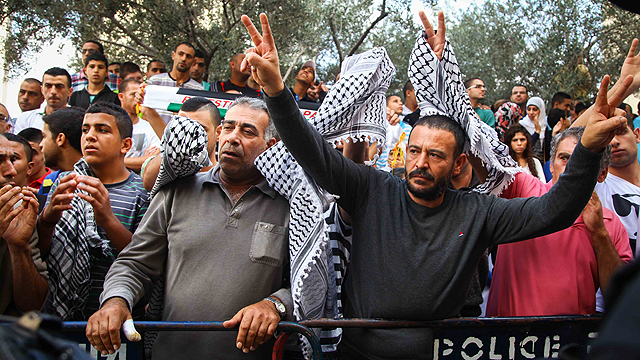 Sfori's brother told Ynet: We've seen similar incidents of Jews who killed Palestinians and ended up being commended by the State… they don't deserve even one day on prison… they were only defending themselves."

Hatib's father said: "The entire case was unjust. All the defendants should have returned to their homes unpunished. Natan Zada came to us to murder people. He murdered four and could have murdered more. His death saved lives."

Hatib expressed hope that all the defendants be pardoned. "Whoever does what Natan Zada did should not get out alive – whether Arab or Jew.

Bahus's father insisted that the defendants were not responsible for Natan Zada's death. Police on scene were responsible for his death. This trial was all politics. We're living in a racist country. They always punish Arab citizens but Jews who do the same thing are heroes.

On August 4, 2005, Natan Zada, an IDF soldier who had gone AWOL, opened fire at a bus in Shfaram, killing four people. He was then stopped by some of the passengers. Police officers who tried to remove him from the scene were unable to stop an angry mob from beating him to death.

In June 2009, indictments were filed against seven Shfaram residents for attempted murder, aggravated assault on a police officer, obstruction of justice and rioting. 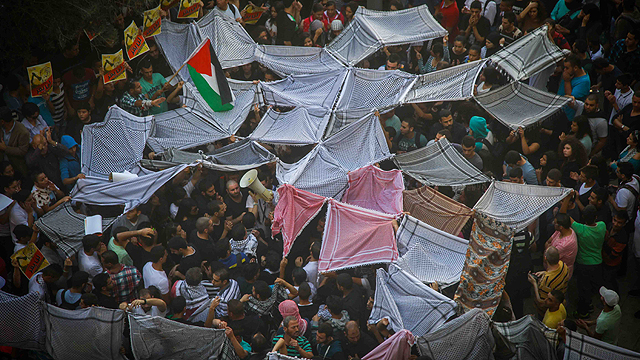 According to the indictment, each of the defendants assaulted the soldier, who was laying on the floor, with rocks and iron rods.

Last July, the Haifa District on Monday convicted four out of seven defendants tried for the lynching of Eden Natan Zada of attempted manslaughter. Two were convicted of aggravated battery and one defendant was acquitted.

"No self-respecting society will tolerate lynching even if the person committed a heinous crime," the verdict read. "Revenge is for God; punishment is for the judiciary."