Since powers reach interim nuclear deal with Iran, business is booming. 'We are speaking to companies interested in doing business with Iran all day,' says head of German-Iranian Chamber of Commerce. Disarmament never seemed so lucrative

The phone hasn't stopped ringing at the German-Iranian Chamber of Commerce since six world powers reached a deal with Tehran to curb its nuclear program, opening the prospect that Iran can begin to shake off its economic isolation.

A strategically located country with massive oil and gas reserves, an urgent need to overhaul its creaking infrastructure, and a young population of 76 million is of particular interest to export champion Germany, once Iran's largest trade partner.

"We are speaking to companies interested in doing business with Iran all day," said Michael Tockuss, director of the chamber of commerce. 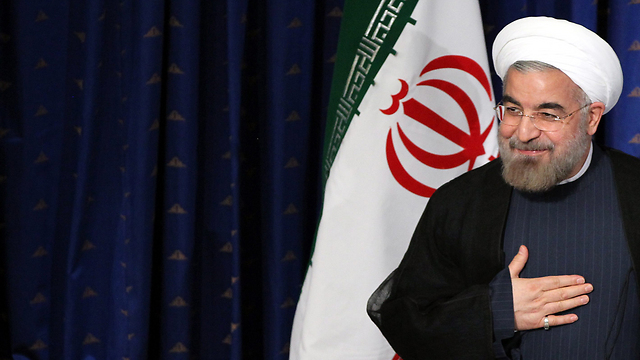 In practice, they are likely to tread warily. The preliminary accord struck in Geneva on Sunday, which brings up to $7 billion worth of sanctions relief to Iran, could still come unstuck after 10 years of distrust and rancor, leading to yet deeper sanctions that could sink any hasty investments.

The deal, which runs for six months, includes access to a potential $1.5 billion in trade in gold and precious metals, the suspension of some sanctions on Iran's auto sector and petrochemical exports, and opens ways to send and receive payments for humanitarian trade, including medicine and medical devices.

The United States, under pressure from congressmen skeptical about the deal and from an implacably opposed Israel, has downplayed the likelihood of a business bonanza.

"We don't see on the basis of a six-month agreement business rushing in ... and we will vigorously, vigorously, enforce the vast majority of sanctions, which will remain in place," a senior US administration official said ahead of the talks.

But he conceded: "There is no doubt that some business will return to Iran."

Tockuss said there was "not only appetite from Germany. American firms are also very interested, particularly in areas such as medical equipment ... One of the most important aspects of the agreement is the financial channel it establishes."

He also listed automobile parts suppliers, machinery makers and infrastructure suppliers as firms that could benefit. 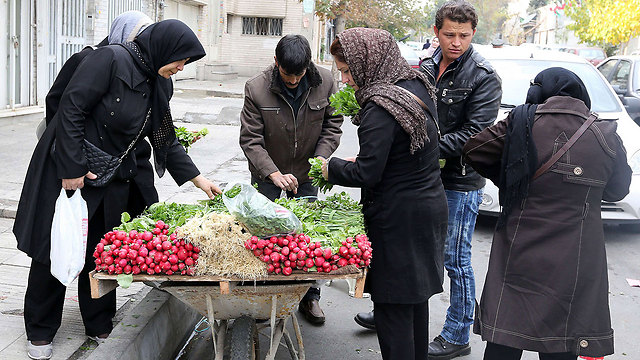 Although humanitarian products like medicines were exempt from sanctions, in practice supplies have been disrupted because banks and companies have been wary of doing business with Tehran. That could now start to change, increasing the flow of Western prescription drugs to the country.

Richard Bergstrom, director general of the European Federation of Pharmaceutical Industries and Associations, said controls on capital flows had indirectly contributed to shortages of medicines in Iran. "I think the easing of restrictions is good for Iranian patients," he said.

Turkey's leading pharmaceuticals company Abdi Ibrahim said the ability to resume payments under a Turkish bank would be a positive driver for companies.

"Our team has been analyzing the Iranian market for some time, but due to latest developments we'll speed up the process," said chairman Nezih Barut. "We are expecting to start production by the end of 2014 at the earliest and maybe by 2015."

Germany's largest companies were mostly tightlipped. Autos and machinery maker MAN said it had no business with Iran and no plans to change that. Conglomerate Siemens said it would fulfill existing contracts, but not establish new business.

A spokeswoman for conglomerate Robert Bosch, a big supplier to the auto industry, acknowledged there was good potential if the political and legal conditions held up, given Iran's central location, big young population and decent education levels. 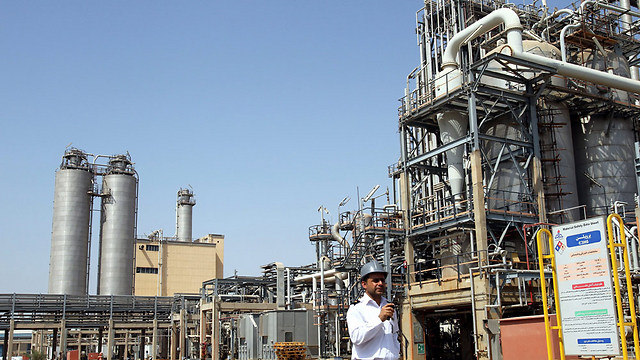 She said Bosch had no facilities in Iran and closed a Tehran office in 2010, but was monitoring the situation closely and examining prospects for possible business there.

Deutsche Bank said it was too early to say.

"There is no fundamental sense of relief that we can take on new business deals in a big way," said co-chief executive Juergen Fitschen, but added that once trade picked up, cross-border transactions would need banks.

Turkey's banks were already getting the green light from their government.

"Because of the pressure exerted by the United States, private banks were unable to process (Iranian) transactions. Now that obstacle has been removed, not only Halkbank but other banks will be able to process payments," Economy Minister Zafer Caglayan told reporters in Istanbul.

Other European companies were watching with interest.

"From a practical point of view, if these sanctions against Iran were to be eased, that could mean positive possibilities for the Volvo Group," said a spokeswoman for the Swedish truck maker. "That is obvious."

French building materials firm Saint-Gobain was taking the long view.  Asked if the deal with Tehran opened new opportunities, co-chief executive Pierre-Andre de Chalendar said: "In due time, I sure hope. But it is a bit early to say."

While some firms are looking for new openings, South African mobile phone operator MTN Group has unfinished business it hopes to settle; it has about $450 million locked in its Iran unit, frozen by the sanctions.

Similarly, a full-scale lifting of sanctions could allow Austrian energy firm OMV to revive a major 2007 gas exploration and production deal with Iran, which it had to put on ice because of political pressure.

The agreement foresaw OMV and the National Iranian Oil Company jointly producing liquefied natural gas from the world's biggest gas field, South Pars, as well as OMV's buying gas from Iran for Europe. An OMV spokesman said the firm was "observing the situation. Dialogue is always to be welcomed. But it is too early to draw conclusions." 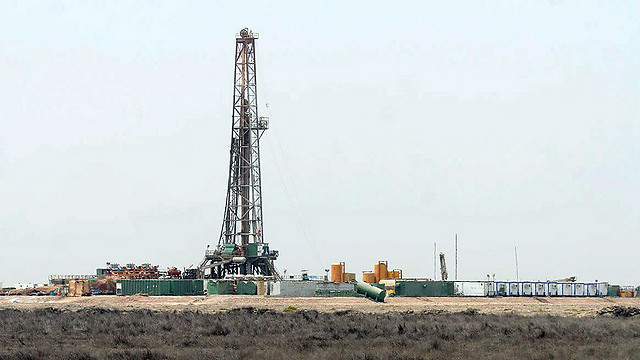 South Pars is a big draw for European oil and gas majors who worked in Iran before the sanctions. Iran's oil minister Bijan Zanganeh says he has begun talks with potential investors.

France's Vallourec, which makes seamless steel tubing used in oil and shale gas drilling, said that if foreign firms returned, "we will obviously be there to work with them".

Lukoil, Russia's No. 2 oil producer, is ready to resume cooperation with Iran when international sanctions are lifted, Chief Executive Vagit Alekperov was quoted as saying on Friday.

"After sanctions are lifted - definitely. We are interested in all regions where hydrocarbon reserves lie," he told Interfax news agency in response to a question about lifting sanctions while in the city of Perm. Alekperov did not refer directly to any specific projects.

Tockuss said German firms faced potential US competition and warned that EU sanctions might be more cumbersome to undo than US embargos, allowing the Americans to act more quickly.

Should all sanctions be lifted, Iran could be worth perhaps 5 billion euros of exports a year to Germany. They totaled almost 4 billion euros in 2008, before sanctions took hold. Last year Iran bought just 2.5 billion euros' worth of German goods.

Omid Nouripour, a German-Iranian lawmaker for the Greens, advised careful preparation and lots of patience: "I would tell German business it is an exciting time; go to Iran, look, then wait ... We need to see what happens in the next six months."