Simultaneous protests took place Saturday in the Negev, Haifa, Tayibe, Jerusalem and Jaffa as part of a "day of rage" against a plan to resettle Bedouins in the south. Twenty-eight people were arrestd and 15 were lightly injured.

Prime Minister Benjamin Netanyahu spoke with Internal Security Minister Yitzhak Aharonovitch and Police Commissioner Yohanan Danino following the violent riots. "We will try the offenders to the full extent of the law. We will not tolerate such riots. We shall continue to advance the Prawer Bill."

The PM further added, "The attempts of a loud and violent minority to deprive a bigger community of a better future is very severe."

Hundreds of people demonstrated in the Hura Junction in the Negev and clashed police forces. The protesters carried signs against the Prawer Bill, waved Palestinian flags and hurled stones at police.

Police forces fired tear gas in response and employed other crowd dispersal means. Some were injured and were rushed to the Soroka Medical Center in Beersheba. Route 31 was closed.

In the north, more than 1,000 people demonstrated in Haifa where protesters blocked a road and were met with tear gas and shock grenades. The protesters chanted "We will sacrifice our lives for Palestine" and we won't let Prawer pass." Seventeen were arrested. 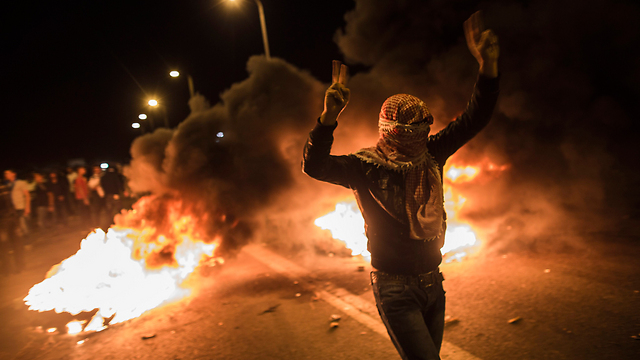 One officer was stabbed in the leg by a protester and sustained light wounds. Coastal District Police commander Hagai Dotan was lightly wounded. Simultaneously, hundreds of residents of Tira, Tayibe and Qalanswe gathered in protest on Route 444, near Taiybe. 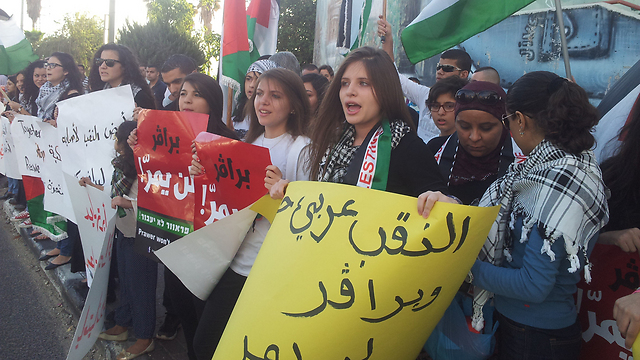 Protests were also held in Jaffa where demonstrators carried signs reading "Prawer = ethnic terror" and "the plan will not pass." Some waved Palestinian flags and blocked roads.

"This is more than a show of solidarity," said Abed Abu Shhade. "We have come to send a message to the authorities that whether it's in Akko, Jaffa or the south – it's a collective problems and we won't let the authorities treat us with excessive violence. We'll employ every democratic means to resist discrimination, racism and land confiscstion." 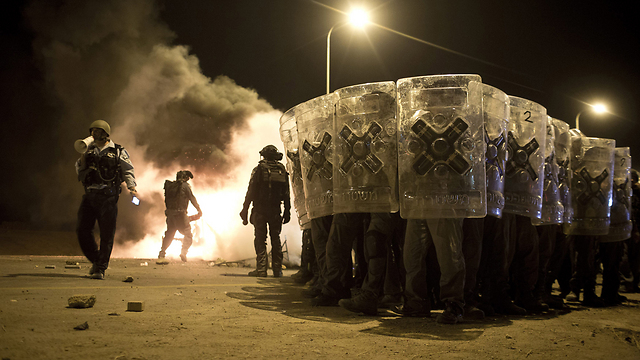 Earlier, two small rallies were held in the West Bank and Gaza in solidarity with the protesters in Israel. In al-Bireh, dozens of Palestinians approached the settlement of Beit El and were dispersed by the IDF. In Gaza, dozens rallied against the Prawer Bill. 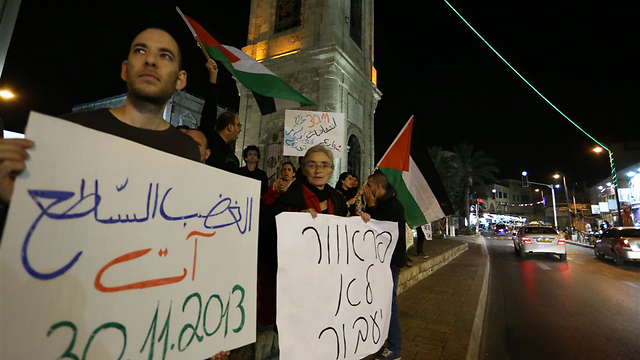 Internal Security Minister Yitzhak Aharonovitch commented on the violent protests against the Bedouin resettlement plan. "I strongly condemn the fierce violence by the protesters. When such brutal violence is directed at officers it's clear that the rioters' goal is not a legitimate and legal protest."

"It's is unthinkable that rioters will vent out their frustration on officers who are doing their job to maintain law and order.

Protesters in the south announced a "day of rage" against the plan. "The State of Israel wants to expel us from our homeland and we will not have it," one protester said. 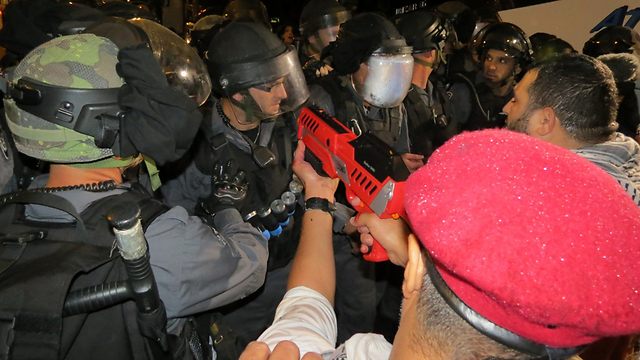 The government put forward Bedouin resettlement legislation drawing on the recommendations of a committee headed by Judge Eliezer Goldberg and of former Minister Benny Begin.

The reform aims to resolve the ownership claims of Bedouins on Negev lands. The plan includes relocation of residences and compensation. The Prawer report addresses ownership claims filed by Bedouins in 1971-1979. 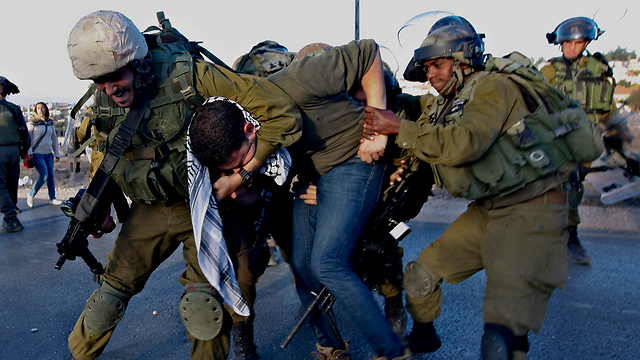 Amendments made to the report reduced the amount of lands Bedouins will receive to 100,000 dunam.

The government's approval of the plan stirred a firestorm of controversy. The Adallah legal center claims the legislation violates the fundamental rights of Bedouins and will see "tens of thousands uprooted from their homes and the destruction of many villages."

Dr. Thabet Abu Rass said that "the Israeli government has declared war on the Bedouins in the Negev. The government's approval of the report proves it sees the Bedouins as a security issue and not as equal citizens." 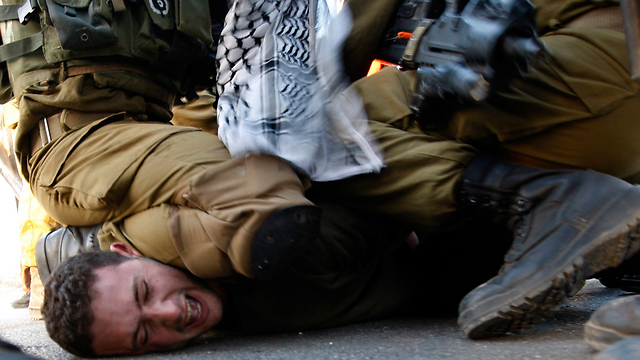 The reform also led to protests by Knesset members. Many Arab MKs left the plenum, MK Ahmad Tibi poured water over the bill, and others tore the paper.

The Bedouin resettlement authority said, "The plan is groundbreaking and for the most part legalizes current residences with the creation of rural settlement models, in accordance with the needs of the Bedouin sector." It added that the plan includes economic development, infrastructure, education and employment solutions.