In state visit to Rome, Netanyahu gives Pope copy of father's book in enqusition, while Sara invites the pontiff to visit Israel

Prime Minister Benjamin Netanyahu and his wife Sara met with Pope Francis in the Vatican on Monday. The couple gave the Pope a book about the Inquisition in Spain that was written by Netanyahu's late father, Benzion Netanyahu.

Netanyahu presented a Spanish translation of the 1995 book, "The Origins of the Inquisition," to Francis during their 25-minute private audience Monday.

Netanyahu's father was an Israeli historian who died last year. A Zionist activist who opposed partitioning Palestine between Arabs and Jews, he was best known in academic circles for his research into the Catholic Church's medieval inquisition against the Jews of Spain. 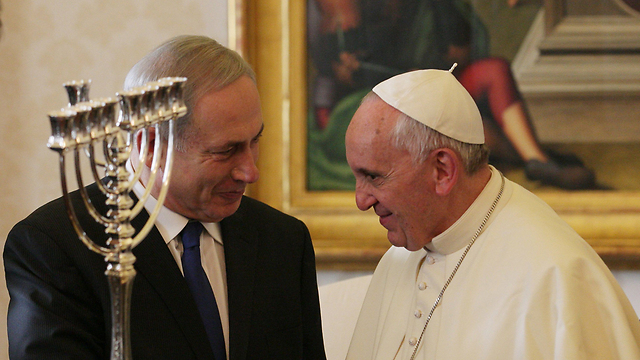 PM meets Pope (Photo: MCT)
"To his Holiness Pope Franciscus, a great shepherd of our common heritage," the prime minister wrote on the inside front page of the book.

Netanyahu joked that while his father spoke perfect Spanish as a result of his research, "my Spanish doesn't exist." The two spoke through a translator.

Francis thanked him and presented Netanyahu with a small bronze plaque of St. Paul. 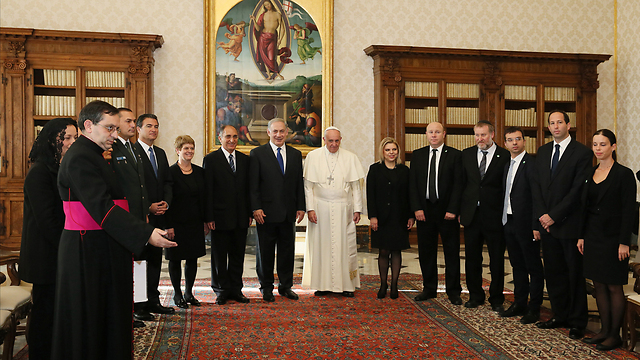 A Vatican statement said discussions between the Israeli and Vatican delegations focused on restarting Israeli-Palestinian peace talks and Francis' upcoming pilgrimage to the Holy Land. While no dates have been set, the trip is expected sometime in May and is also expected to include a stop in Jordan. 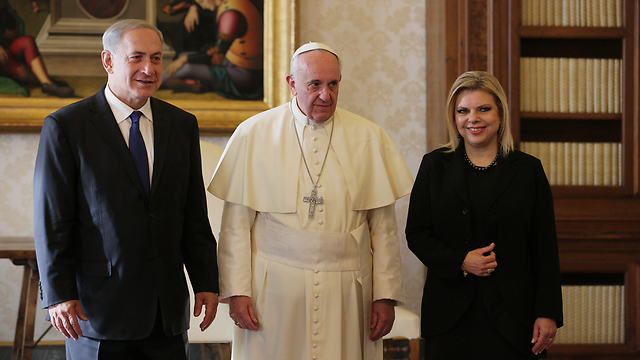 "We are expecting you, we can't wait," Sara told the pontiff. 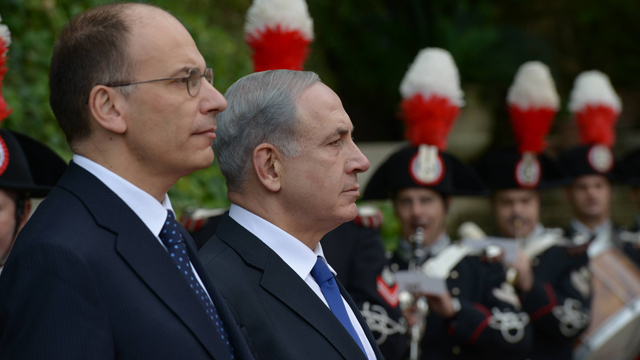 PM, with Italy's Letta (Photo: Amos Ben Gershom, GPO)
Later Monday, Netanyahu met with Italian Premier Enrico Letta and told him that "Iran aspires to attain an atomic bomb. It would thus threaten not only Israel but also Italy, Europe and the entire world.

Letta, for his part, announced that Italy had set aside funding to build a Holocaust museum in Ferrara, and invited Netanyahu to join him for the inauguration.