Wrapping up Israel visit following three meetings with Netanyahu, secretary of state expresses surprising optimism: 'I believe we are closer than we have been in years to bringing about peace, prosperity and security to people of Middle East'

Israel and the Palestinians are closer to a peace deal than they have been in years, US Secretary of State John Kerry said Friday wrapping up his latest visit.

"I believe we are closer than we have been in years to bringing about the peace and the prosperity and the security that all of the people of this region deserve," he told reporters travelling with his delegation at Ben Gurion airport near Tel Aviv.

Kerry was meeting Israeli Prime Minister Benjamin Netanyahu for the third time in 24 hours for talks understood to be focused on security.

Kerry, who is seeking ways to drive forward stagnant peace talks, met twice with Netanyahu on Thursday for more than six hours of talks about potential security issues in any peace agreement. He also held a three-hour meeting in Ramallah with Palestinian president Mahmoud Abbas . 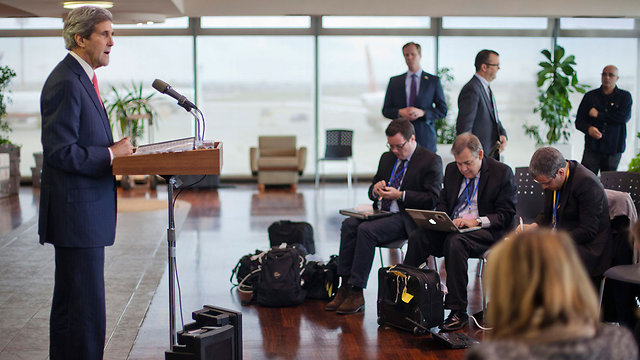 Before departing from Tel Aviv, Kerry quoted Mandela as having said, in the face of challenges, that "it always seems impossible until it is done".

"That example of Nelson Mandela is an example we all need to take to heart as we try to reach a two-state solution," Kerry told reporters, referring to the international vision of Palestinian sovereignty.

On Friday, Kerry met Israeli Finance Minister Yair Lapid at a Jerusalem hotel before entering another round of talks with Netanyahu, officials said.

But his talks in Ramallah did not appear to go so well, with a senior official saying US proposals on security were unacceptable. 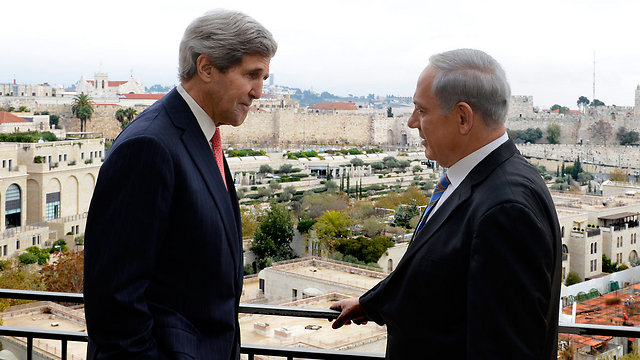 "Today, we discussed at great length issues of security in the region, security for the state of Israel, security for a future Palestine. And we, I think, made some progress," said Kerry.

"The interests are very similar, but there are questions of sovereignty, questions of respect and dignity which are obviously significant to the Palestinians, and for the Israelis -- very serious questions of security," he said.

In talks with Netanyahu, Kerry and top security adviser General John Allen outlined their view of some of the security challenges likely to face Israel in the context of a final peace agreement.