Iran's President Hassan Rohani says last month's nuclear deal with world powers has already had a positive impact on the country's economy. Rohani spoke Sunday while presenting next year's budget to parliament. He told an open session of parliament that, after the "success" of the talks, people show more interest in investing in businesses and the stock exchange. State TV broadcast his speech.

A strategically located country with massive oil and gas reserves, an urgent need to overhaul its creaking infrastructure, and a young population of 76 million, Iran is of special interest to exporters, and now that sanctions have begun lossen, Iran is looking as attractive as ever. 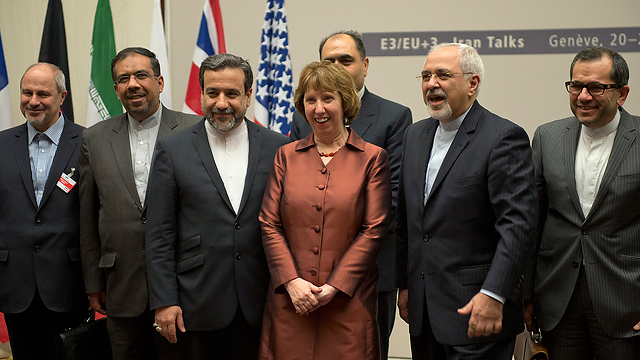 The nuclear deal eases some sanctions in return for a halt to parts of Iran's uranium enrichment program.

Western sanctions dealt a heavy blow to the economy, especially the currency. The $68 billion budget predicts a US dollar set to 26,000 Iranian rials. The rial is currently 29,000 to the dollar. Rohani said the proposed budget is 50% more than current year's budget and sanction relief seems to be the major cause.

The preliminary accord struck in Geneva on Sunday, which brings up to $7 billion worth of sanctions relief to Iran, could still come unstuck after 10 years of distrust and rancor, leading to yet deeper sanctions that could sink any hasty investments.

The deal, which runs for six months, includes access to a potential $1.5 billion in trade in gold and precious metals, the suspension of some sanctions on Iran's auto sector and petrochemical exports, and opens ways to send and receive payments for humanitarian trade, including medicine and medical devices.

As part of the agreement, western powers identified a small group of sectors for Iranian sanction relief, but a much wider set of European and US companies also stands to regain lost Iranian trade, the Wall Street Journal reported. The list includes pharmaceutical firms and medical-equipment makers as well as food companies and traders.

Western governments singled out Iran's automotive and aviation sectors for temporary sanction relief, while allowing petrochemical exports and trade in gold and other precious metals.

Although humanitarian products like medicines were exempt from sanctions, in practice supplies have been disrupted because banks and companies have been wary of doing business with Tehran. That could now start to change, increasing the flow of Western prescription drugs to the country.

Thus the deal also clears the way for GlaxoSmithKline and Sanofi to restart selling many of the drugs they had cut back on because of increasingly stiff financial sanctions, according to the WSJ report. Germany's Siemens may now also be able to send in more medical devices.

These and billions of dollars of other goods have long been classified as humanitarian in nature and not specifically subject to sanctions, the WSJ explained. But banking and insurance restrictions enforced as part of the overall sanctions regime prevented companies in many cases from getting paid, curbing European and US exports to Iran of everything from wheat and chocolate bars to diabetes medicine, the report said.

Similarly, a full-scale lifting of sanctions could allow Austrian energy firm OMV to revive a major 2007 gas exploration and production deal with Iran, which it had to put on ice because of political pressure.

South Pars is a big draw for European oil and gas majors who worked in Iran before the sanctions. Iran's oil minister Bijan Zanganeh says he has begun talks with potential investors.

France's Vallourec, which makes seamless steel tubing used in oil and shale gas drilling, said that if foreign firms returned, "we will obviously be there to work with them".

Lukoil, Russia's No. 2 oil producer, is ready to resume cooperation with Iran when international sanctions are lifted, Chief Executive Vagit Alekperov was quoted as saying on Friday.

"After sanctions are lifted - definitely. We are interested in all regions where hydrocarbon reserves lie," he told Interfax news agency in response to a question about lifting sanctions while in the city of Perm. Alekperov did not refer directly to any specific projects.

Should all sanctions be lifted, Iran could be worth perhaps 5 billion euros of exports a year to Germany alone.

The Associated Press and Reuters also contribute to this report