Benny Begin, architect of Bedouin relocation plan, claims statements regarding Bedouin consent are false: 'I never said Bedouins agreed with my plan. The reason is simple: I never presented them with plan'. Coalition whip: Bill should be 'significantly amended'

Former minister Benny Begin, who was in charge of formulating the Bedouin relocation plan, claims that the Bedouin community never agreed to the current plan, in stark contradiction to previous claims by the government.

Begin made the claim in a letter, which will be presented before the Knesset's Interior Committee later Monday. Coalition chairman Yariv Levin (Likud) slammed the unwanted surprise, claiming that now, the bill must be "significantly amended."

"In wake of our last conversation," Begin wrote to Doron Almog, who is charge of implementing the Praver-Begin Bedouin resettlement plan, "in which you told me what Coalition Chairman Yariv Levin said regarding the legislation of the new bill regulating Bedouin settlement in the Negev, I wish to reiterate that in contradiction of what has been claimed during recent weeks, I never told a soul that the Bedouins agreed with my plan. The reason is simple: I didn't say it because I couldn't say it, I never presented them with the plan." 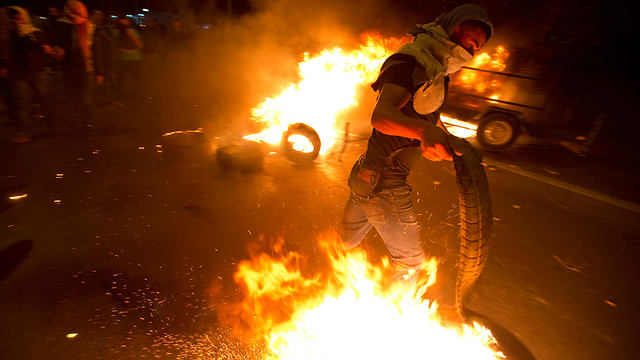 The protest in the Negev (Photo: Reuters)
Begin further claimed the even if the plan had been presented before the Bedouins, they could not have authorized it. "I never presented the amended bill before any public, including the Bedouins, so I couldn't have heard their response to my plan. Therefore I also could not have an assessment of their level of consent, and therefore I never said I did." 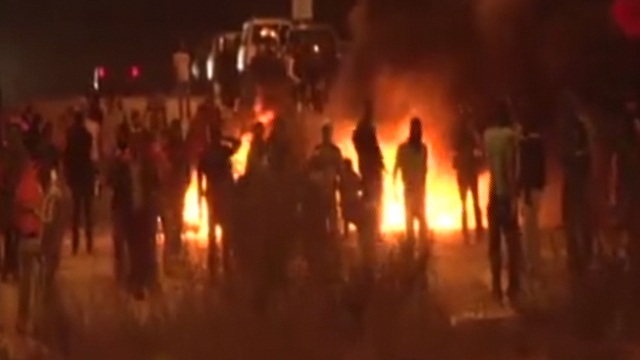 The protest in the Negev (Photo: Roee Idan)
Begin also criticized those claiming that the demonstration against the program was proof the Bedouins reject the plan: "Some have claimed that the violent protest organized by Balad is proof that 'the Bedouins object to the bill' and thus the bill should be stopped. "Adopting the claims of 500 Bedouin protesters – who were joined by an additional 500 Arabs from the north taken to the protest by bus – who say they represent the entire Negev Bedouin population is a clear victory for agitators. It is also very strange that some coalition members – considered to be from the right – have echoed these baseless claims."

Coalition Chairman Levin, who received a copy of Begin's letter, didn't wait long before responding, and stressed that according to the information he received, the current plan was the only one that managed to garner support by Bedouins.

According to him, many people criticized the benefits and compensation the Bedouins who agreed to leave of their own accord will receive. Upon first hearing Begin, he told him in a response letter "we assumed we had no other choice but to bring the bill in its current format before the government for authorization, while making only minor changes." 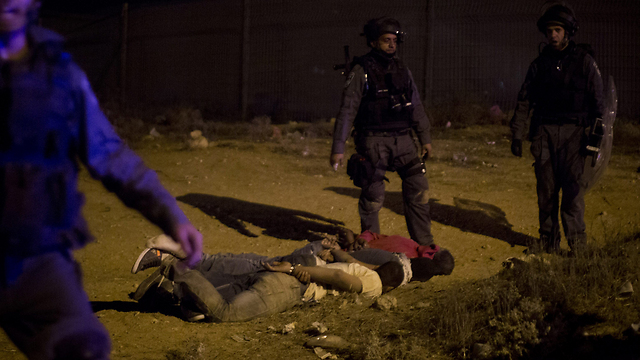 Police arrest rioters in the Praver Bill protest (Photo: Getty Imagebank)
But that was based on an assumption of Bedouin cooperation, an assumption that both Begin's letter and last week's protest seem to bode poorly for. In such circumstances, Levin writes, "in which the Bedouins do not seem themselves as committed to the plan there is no justification for granting them massive benefits because it is far from certain they would even agree. Levin thus called for the bill to be "significantly amended" before continuing the process of legislation. Levin noted that it was Begin who at first claimed the bill had Bedouin support. Levin claimed that Begin said "the proposal was the only one that Bedouins, in an overwhelming majority, expressed support for. You repeatedly stressed that we should adopt your proposal, specifically the benefits, so we could secure Bedouin cooperation. You claimed the bill was formulated through a process of dialogue with Bedouins as well as a well-based desire of many in the community to solve the issue." 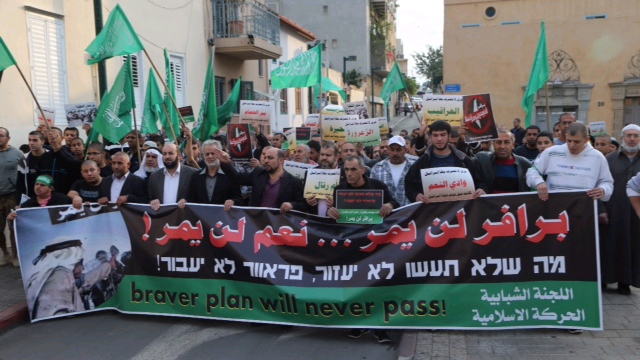 Protesters in Jaffa (Photo: Motti Kimchi)
Levin continues, saying "in light of these, I and many others supported the vote… despite fears it would set a precedent for Bedouin demands, instead of putting an end to such demands."

Levin also said that the demonstrations, which turned violent, prove that this is the case that "there is not a single Bedouin raising their voice to support the program, thus our concern that the bill would become the starting point of more negotiations (instead of an end to Bedouin claims over lands) is coming true before our very eyes."

Meretz Chairwoman Zahava Gal-On responded to Begin's comments on the Praver Bill, and said that "In light of Begin's remarks, I call on the prime minister to rule out the Praver Bill. It's an eviction and expropriation bill, which contradicts the values of the State and basic morality.

"Instead of inviting in an entire community of Israeli citizens, the prime minister is going to head-to-head with them, turning them into enemies," she said.