The protests against haredi enlistment into the Israeli army continued Monday. Approximately 1,400 haredi yeshiva students from Jerusalem and the central region of the country protested in front of the IDF's Prison 6 near the northern city of Atlit.

The rally was organized to object to the arrest of a 19-year-old haredi man from Kiryat Malachi, who refused to report to an IDF draft order and was sentenced to 14 days in prison.

Several stones were hurled at a Ynet photographer, who was not hurt.

A few protesters performed grotesque mock-hangings to symbolize their feelings regarding the ruling. Others disassociated themselves from the disturbing demonstration. 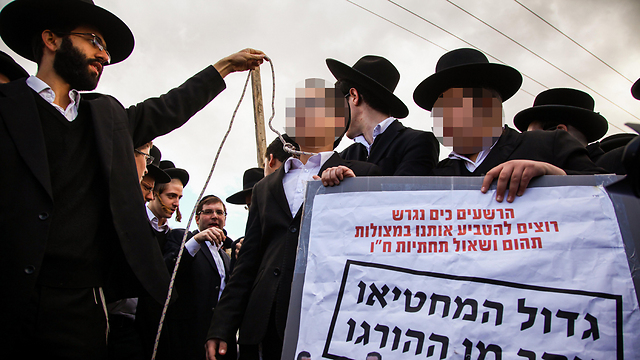 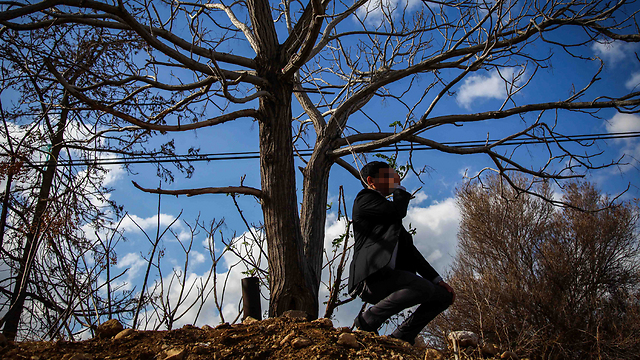 Some disassociated themselves from disturbing demonstration (Photo: Avishag Shaar-Yashuv)

As in the previous protest, which took place last week on the same site, the demonstrators carried signs objecting to the haredi draft. The signs included slogans reading "Us all, to jail." The event was organized by hassidim from Jerusalem's Toldot Aharon, but according to the organizers all streams of the haredi community take part in the protest.

One of the hassidim protesting in front of the prison's gates said: "Everyone is of the same opinion that it is forbidden to enlist, but there is a disagreement over tactics. We are saying that it is completely forbidden to even show up to their first draft notice and sign, it is forbidden, it is like bowing down to an idol." 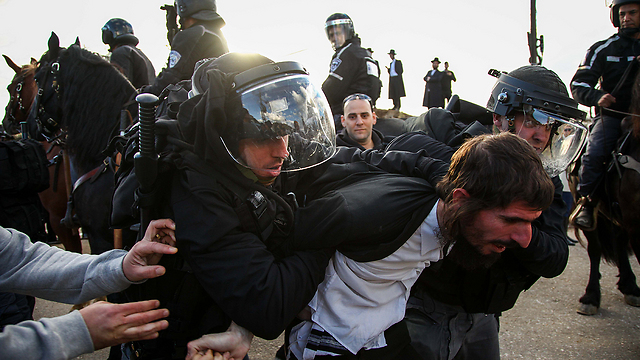 An arrest at the protest (Photo: Avishag Shaar-Yashuv)

Haredi leaders arrived from Jerusalem to chat with protesters. The rabbis called for self-sacrifice against the budgetary cutbacks and decrease in subsidies. Other protesters handed leaflets which described religious soldiers as 'Hardak' (derogatory term for haredi soldiers used within their own communities).

A guidebook was handed out, including the "rights of the haredi arrestee, modified to current threat of enlistment on Israeli males." 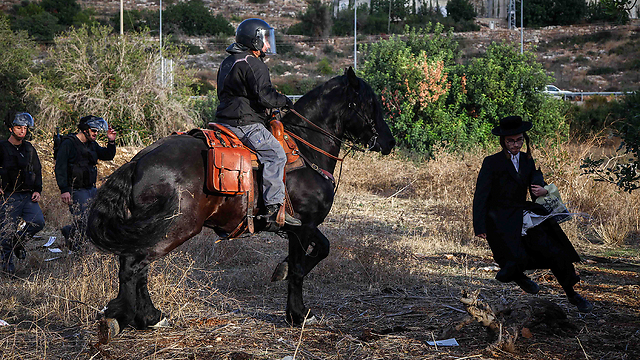 Police at the protest (Photo: Avishag Shaar-Yashuv)
Policemen from Tirat Carmel were on duty at the protest. Police officers from Jerusalem were also on scene to identify agents of incitement in the crowd.

About 400 haredim protested in Jerusalem's Kikar Shabbat last Thursday against the young man's detainment. They hurled rocks at officers and lit trash cans on fire.