Audit: EU pays Palestinians in Gaza to not work

The European Union should stop paying the salaries of Palestinian civil servants in Gaza who don't work, EU auditors recommended Wednesday. The findings were made public by the European Court of Auditors, which scrutinized how 1 billion euros ($1.3 billion) in EU financial support to the Palestinian Authority has been used.

About 61,000 civil servants and members of the security forces in Gaza stopped reporting to their jobs in 2007, when Hamas seized the territory from Palestinian President Mahmoud Abbas. 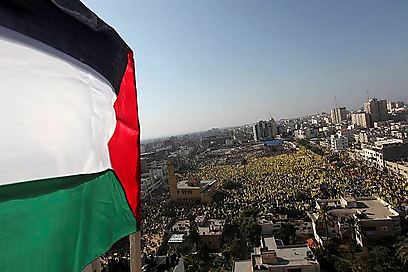 Gaza celebrates 48 years to Fatah's establishment (Photo: EPA)
Abbas decided at the time to keep paying their salaries, on condition they stay home and don't work for the Hamas government. The practice is a key tool for Abbas to maintain political support in Gaza and counter Hamas' efforts to deepen its control. Many of the civil servants in the pre-Hamas government were loyalists belonging to Abbas' Fatah movement. The auditors said the EU pays one-fifth of the salaries of the Palestinian Authority's 170,000 civil servants, both in the West Bank and in Gaza. European auditor Hans Gustaf Wessberg said spot checks found that in one Gaza agency, out of 125 employees, 90 weren't working. "A number of aspects of the current approach in need of an overhaul," said Wessberg, who wrote the report for the court. He told the court: "There is a need for major revisions such as encouraging the (Palestinian Authority) to undertake more reforms, notably in relation to its civil service." Wessberg said the auditors have recommended halting EU payments to Palestinian civil servants in Gaza and using the aid instead on the West Bank. But Peter Stano, a spokesman for the European Commission, the EU's executive arm, defended keeping the current system. 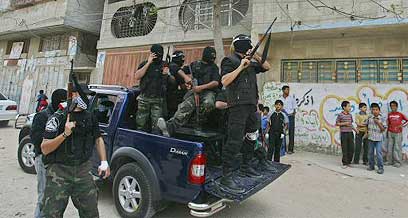 "If the Palestinian Authority is not paying these people, who is going to provide for them?" Stano said. "If you have people running around without income, they are more prone to be taken by extremism, by forces we have no contact with."

The European Commission also released a statement on the report.

According to the statement, by helping the PA "meet its wages and pensions bill for essential service providers and pensioners, and pay for social allowances to most vulnerable groups, the EU is making a tangible contribution to the preparation for a two-state solution to the Israeli-Palestinian conflict." Palestinian Labor Minister Ahmed Majdalani also defended keeping people on the payroll who don't work. "The issue is political, legal and human. Those are government employees first, and they are victims of a military coup, and they have families to feed. We can't throw them in the street," Majdalani said.

Faisal Abu Shahla, a Fatah leader in Gaza, said at the time of the Hamas takeover, the civil servants "responded to the orders of the leadership to stay home, and they are ready to resume their duties when the leadership orders them to do so."

AFP also contributed to this report