Court: 'Starving mother' will not be jailed

Mother who admitted to starving her children will be required to serve one year probation, despite prosecution demand for jail time. 'Let me restore my home', she pleaded upon hearing ruling

Four years after the incident was first reported, a court has decided to sentence the 'starving mother' to a one-year period of probation.

Jerusalem District Court's ruling was made according to the original arrangement with the defendant, and in opposition to prosecution's request to sentence the mother to jail time for violating the pre-agreed settlement terms.


Four and a half years ago, the Orthodox mother was accused of disconnecting her child's feeding tubes.

In 2010, she signed a plea bargain, admitting that she used to starve her child and agreeing to be subject to monitoring and treatments.

At the end of her three-year house arrest, the mother was supposed to enter a two-year probation period, and in exchange, the prosecution would sentence her to a conditional prison term. 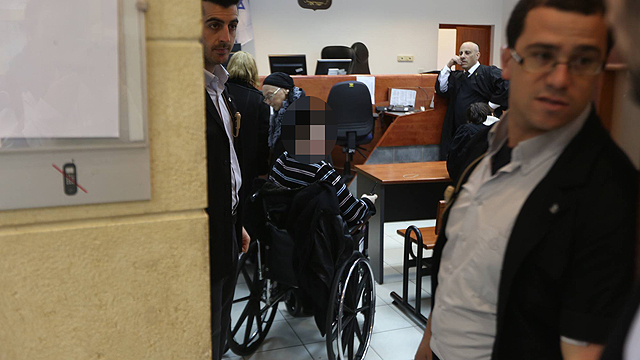 Five months ago, the Attorney General claimed that the mother is in breach of their agreement and is not receiving the proper treatment.

At the deliberation regarding her sentence, held some three weeks ago, the prosecution repeated their pleas, asking for a one-year jail sentence, but their request was denied.

"Despite the severity of the crimes for which she was convicted, it seems to me that when considering the amount of time passed and the changing of circumstances, and especially in light of the defendant's deteriorating medical condition, in addition to being a mother of eight children, with the youngest aged only five, it would not be right to impose an imprisonment sentence on the defendant," Cohen claimed.

In addition, the fact that welfare authorities have agreed to return the children to her custody after reaching the conclusion that she does not pose a risk to their safety speaks for itself."

The mother rejoiced at the Court's decision and after the deliberation, said that it served as a testimony to those who nicknamed her the 'starving mother'.

"Now I ask the State to leave me in peace and to let me run my household," she added.

The mother's attorneys, Yehuda Fried and Tal Gabay, applauded the Court's decision and said that "it makes no sense to impose a prison sentence on such a woman. The fact that her children are being properly treated, as all accounts show, and have been in her custody for the past two and a half year, serves as the best proof.

"Her debt to society has been paid, in every imaginable aspect."