Roads to Jerusalem blocked due to snow

Residents of Jerusalem woke up Thursday morning to a blanket of snow. Snow began to fall early Thursday morning covering mountain tops as well as the capital's streets and Gush Etzion. Access routes to the city were blocked and reopened several times throughout the day, and both Route 1 and Route 443 were closed Thursday night, expected to reopen only Friday morning.

Snow also began to pile up in the Upper Galilee and in Kiryat Arba. The Golan Heights however did not snow piling up. Meanwhile, in the Tel Aviv area, rain was briefly interrupted by a barrage of hail.

In Jerusalem, municipal workers were ready with 10 snowplows, salt spreading machines and tractors, to clear the streets of snow. Schools will be closed throughout the day. The city's Light Rail will continue normal operations. The municipality is expecting snow will continue to fall well into the night. 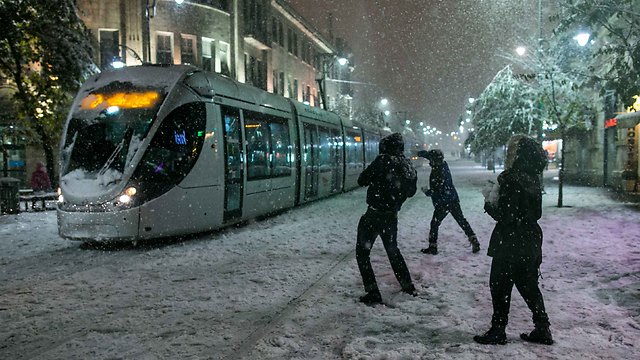 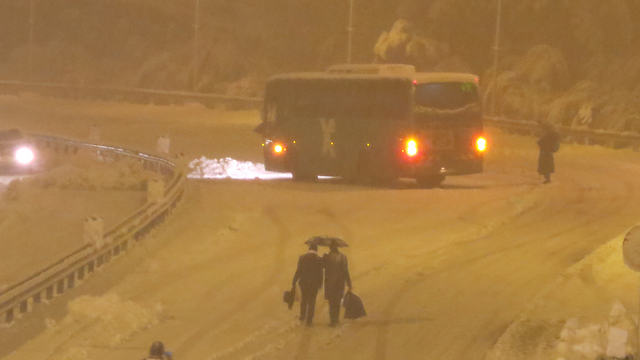 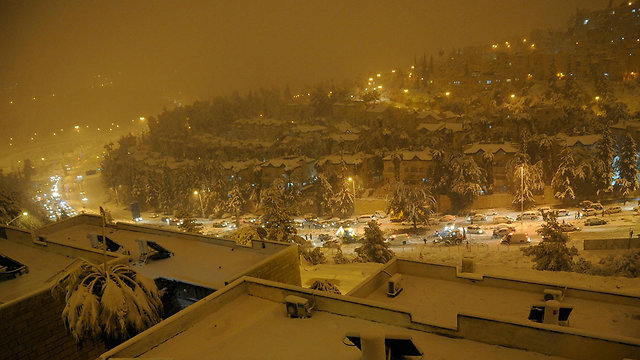 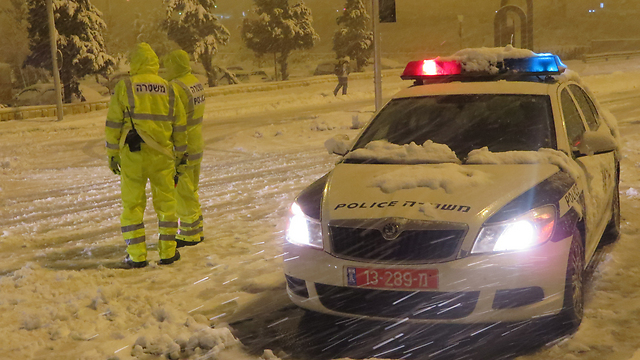 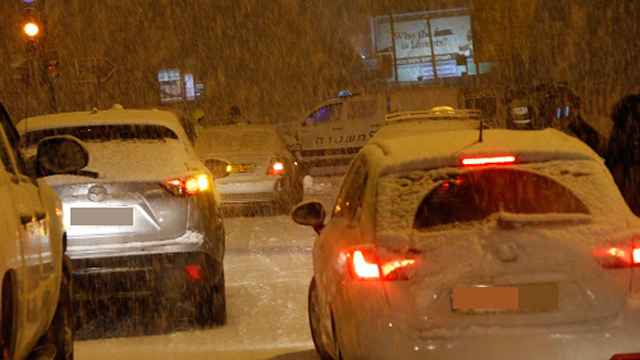 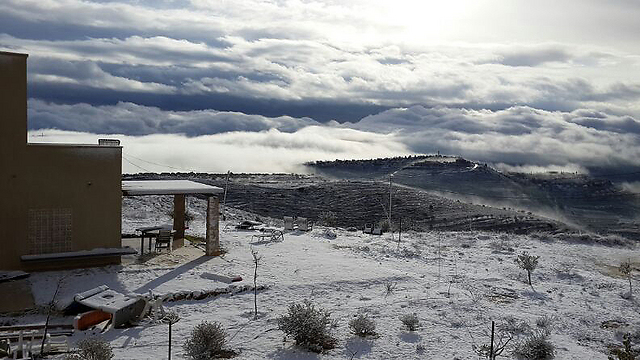 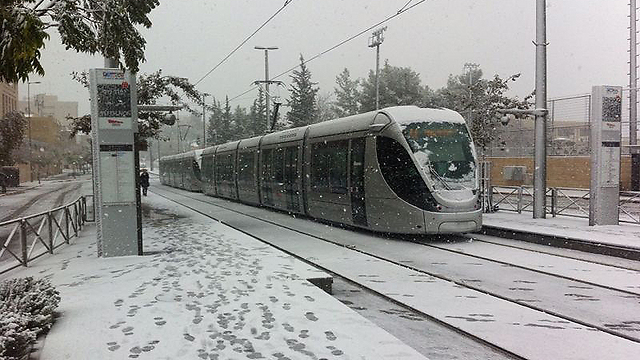 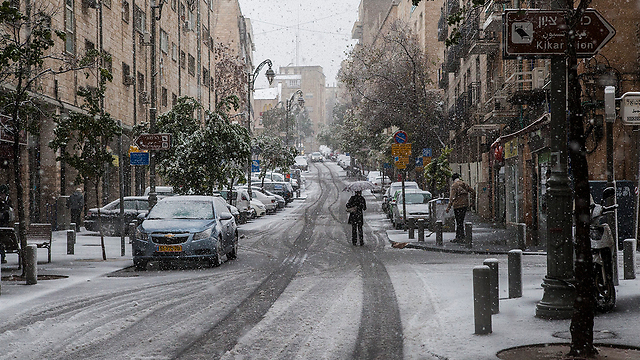 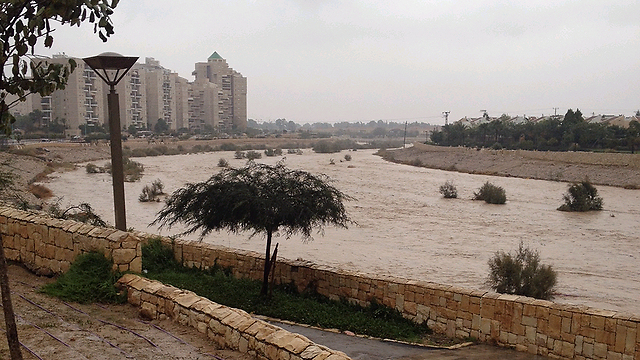 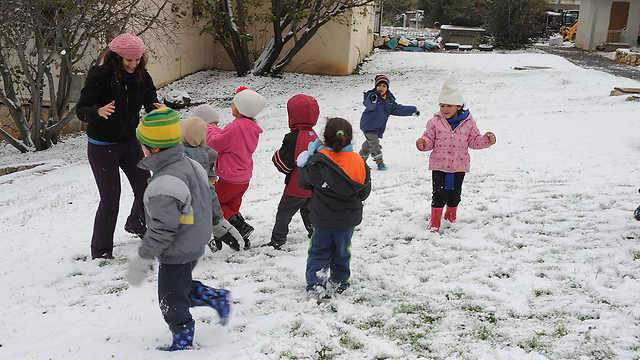 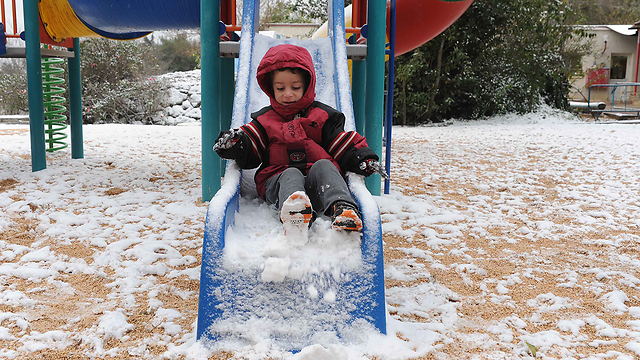 A force of the IAF 669 Unit rescued a van with 10 people stranded in a flood in the Eshkol Regional Council. 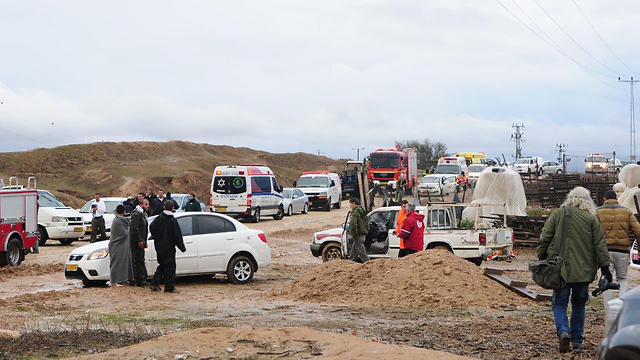 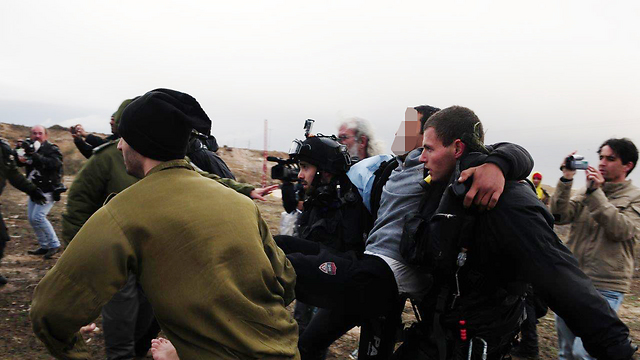 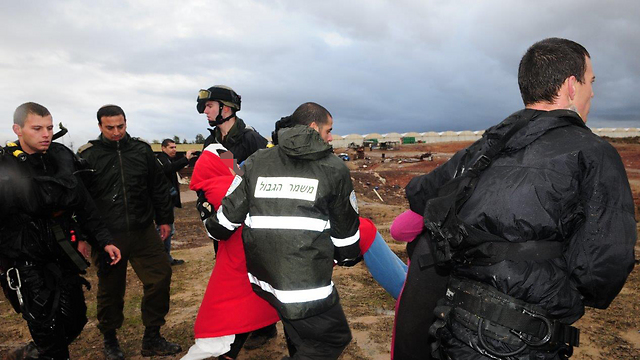 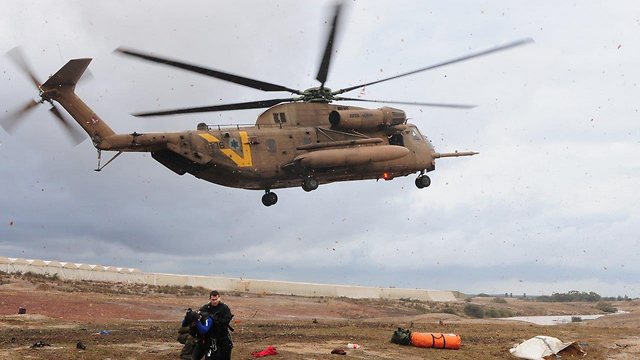 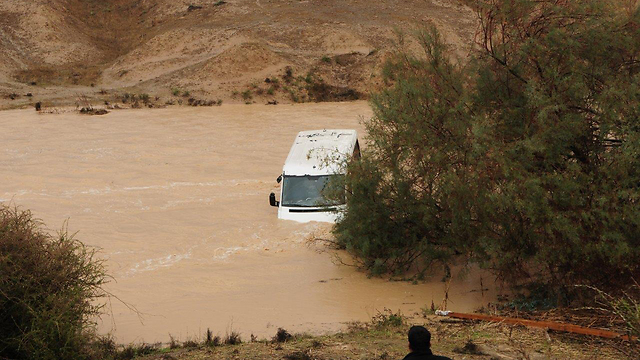 Meanwhile, in the southern city of Beersheba, some 94 trees fell over and electrical faults disrupted lights on roads. Seven roads became flooded.

The Middle East was hit by a massive cold front Wednesday, from Tel Aviv to Homs and from Jerusalem to Tripoli.

Massive snow was recorded in Syria and Lebanon – where it threatens thousands of homeless refugees – and is expected to hit Israel Wednesday night with snow expected in Jerusalem.