As Washington condemns Assad's conduct in Syrian conflict, former head of US intelligence says best, yet 'ugly', outcome for Syria is Assad's stay in power

The sectarian bloodbath in Syria is such a threat to regional security that a victory for Bashar Assad's regime could the best outcome to hope for, a former CIA chief said Thursday.

Washington condemned Assad's conduct of the conflict, threatened air strikes after he was accused of targeting civilians with chemical weapons and has demanded he step down.

The United States is also supplying millions of dollars in "non-lethal" aid to some of the rebel groups fighting Assad's rule.

But Michael Hayden, the retired US Air Force general who until 2009 was head of the Central Intelligence Agency, said a rebel win was not one of the three possible outcomes he foresees for the conflict.

"And I must tell you at the moment, as ugly as it sounds, I'm kind of trending toward option three as the best out of three very, very ugly possible outcomes," he said.

The first possible outcome he cited was for ongoing conflict between ever more extreme Sunni and Shiite factions. 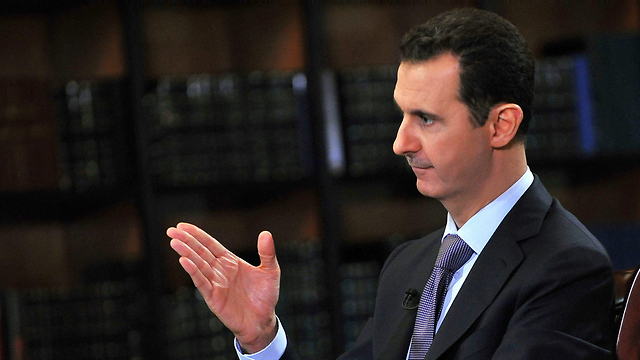 The rebel groups are dominated by Sunni Muslims, while Assad is generally backed by Syria's Alawite, Shiite and Christian minorities.

And the second outcome, which Hayden deemed the most likely, was the "dissolution of Syria" and the end of a single state within the borders defined by a 1916 treaty between the French and British empires.

"It means the end of the Sykes-Picot (Agreement), it sets in motion the dissolution of all the artificial states created after World War I," he said.

The British diplomat Mark Sykes and a French counterpart Francois Georges Picot divided the Middle East into zones of influence that later served as the frontiers of independent Arab states.

A breakdown in the century-old settlement could spread chaos in Lebanon, Jordan and Iraq, Hayden warned.

"And now we have a new ungoverned space, at the crossroads of the civilization."

"The dominant story going on in Syria is a Sunni fundamentalist takeover of a significant part of the Middle East geography, the explosion of the Syrian state and of the Levant as we know it."

Fighting erupted in Syria in early 2011, when Assad launched a crackdown on pro-democracy protests and has since evolved into a full-blown civil war that has claimed an estimated 126,000 lives.

Assad, backed by Iran and the Lebanese Hezbollah militia, is locked in combat with a diverse group of Sunni rebel factions which are increasingly dominated by hardline jihadist groups.