An IDF investigation revealed that Petty Officer 1st Class Shlomi Cohen who was killed Sunday night at the hands of a Lebanese sniper drove an unarmored car and did not enter the IDF outpost from the main gate, opting rather to take a side route, and thus leaving him exposed to the Lebanese side of the border.

"We discussed concrete steps to strengthen the existing security arrangements (on the border) to prevent the recurrence of such incidents," the commander of the UN Interim Force in Lebanon (UNIFIL) said in a statement.

It was unclear exactly what happened, Serra said, although preliminary findings suggested it was the isolated action of an individual.

The IDF are currently attempting to determine whether the shooter approached the border, and if so why he was not spotted by the IDF. 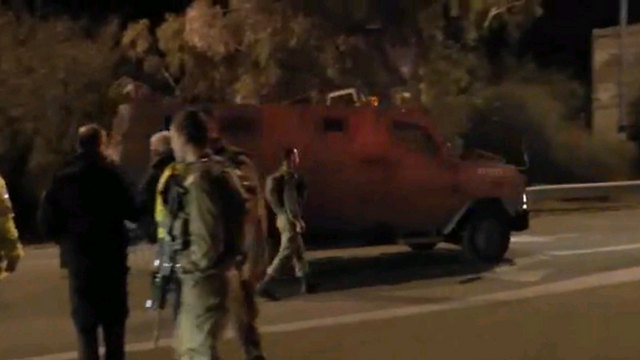 The investigation further said that the soldier was driving in an administrative vehicle (as opposed to an armored one) along the side-route to the northern gate and not the border-fence road to the main gate. IDF directive demand traveling in such dangerous side roads in twin armored vehicles which cover one another.

An IDF said that the investigation will also result in an examination the directives regulating travel along sensitive and dangerous roads in unarmored vehicles.

Meanwhile, Israeli troops shot two Lebanese soldiers early Monday, hitting one. The incident was not a retaliation but rather because the two were acting "suspiciously." 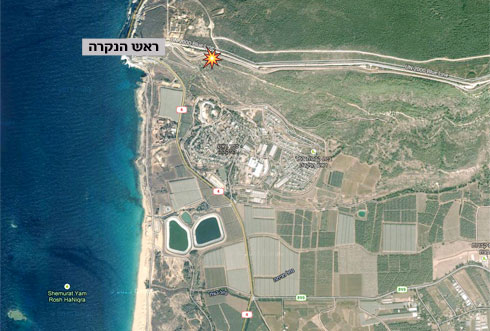 The Lebanese soldier suspected of killing Cohen went missing after the cross-border shooting, but has now been found, a Lebanese security source said.

Sunday's incident jarred the relatively stable standoff between the two neighbors, which last saw major hostilities in the 2006 Second Lebanon War between Israel and Hezbollah terrorists. The shootings raised the possibility of renewed fighting in the area, which has remained mostly quiet since a month-long war in the summer of 2006, though an Israeli defense official said Israel had no interest in further escalation. The Israeli soldier, Shlomi Cohen, 31, was fatally shot late Sunday near Rosh Hanikra, by a Lebanese army sniper, the Israeli military said. Lebanon's National News Agency confirmed the shooting by a member of the Lebanese army but it was not clear why the sniper had opened fire. In the past, the Lebanese military has opened fire after saying Israeli soldiers had tried to infiltrate into the country. Lebanese security officials did not immediately comment on the killing. Hezbollah did not appear to be involved in the incident. Later, Israeli army spokeswoman Lt. Libby Weiss said Israeli forces identified "suspicious movement" along the border just after midnight, and shot two members of Lebanon's armed forces. She said the shooting occurred near where Cohen was killed. Weiss had no details on the condition of the Lebanese soldiers. Lebanon's NNA said Israeli troops opened fire on a forested area on the Lebanese side of the border around 1 am local time. The news agency did not report any Lebanese casualties.

Yaalon said in an earlier statement that Israel regards "the Lebanese government and the Lebanese army as responsible for what happens on their side". Israel has lodged a complaint with UNIFIL, which has been stationed in southern Lebanon since 1978, and said it had heightened its state of preparedness along the border. "We will not tolerate violations of our sovereignty along any border, and certainly not the Lebanese border," Yaalon said.