Pope Francis will arrive in the Jewish State for a whirlwind visit to Israel and the Palestinian territories on March 25, 2014. The trip will last less than 48 hours, as the Roman pontiff will arrive in the morning hours on Sunday and leave the following night.

The forward delegation sent on behalf of the Vatican finished its initial visit to Israel on Tuesday, and preparations are underway for the Bishop of Rome's trip.

This will be Francis' first visit to Israel, and his first visit outside the Vatican – aside from a trip to Brazil which was scheduled by his predecessor. The visit to the Jewish State is essentially the first one initiated by Francis, though there is much disappointment in Israel because of the brief nature of his stay. 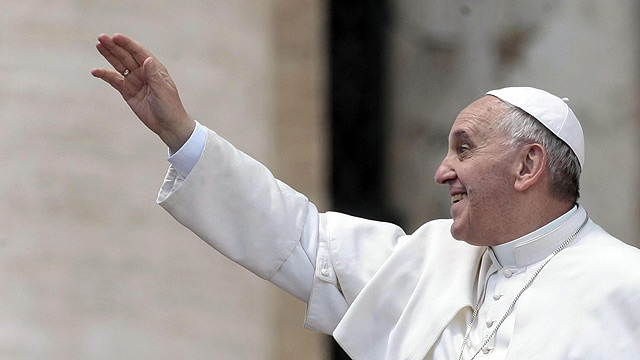 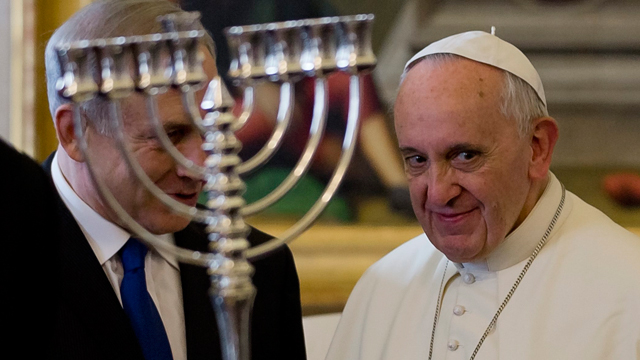 The timetable for the visit is loaded: Francis will be in Jordan on Saturday and fly on a helicopter Sunday from Amman to Ben Gurion Airport where he will receive the official State reception. During his visit, the Pope will meet with President Shimon Peres and with various religious leaders in Israel.

The pope will tour Yad Vashem, the Western Wall, and Christian holy sites in Jerusalem. Unlike previous pontiffs, Francis will not visit Christian sites in northern Israel. To the disappointment of many, Pope Francis will not host Mass for believers within Israel. The plan to host Mass in Jerusalem was cancelled because of the short nature of the visit. However, the pope will host a large Mass in Bethlehem – the headline event of his trip to the holy land. The Palestinian Authority will be the main beneficiary, as it will gain international prominence. In Israel, officials are still hoping the Vatican will reconsider its decision and have the Pope host a second Mass within the country. Prime Minister Benjamin Netanyahu will meet the pope at Notre-Dame Church in east Jerusalem. At the Prime Minister's Office, officials are not pleased with the fact that Netanyahu has to come to the pope, but they have been told that this has been done for previous popes.

Pope Francis' trip will be significantly shorter than the two past visits by a leader of the Catholic Church. Pope John Paul II visited the holy land for 6 days, holding mass in Bethlehem, Nazareth, and Jerusalem during his 2000 trip. Pope Benedict XVI stayed in Israel for 5 days in 2009.