US President Barack Obama would veto legislation imposing new sanctions on Tehran over its nuclear program, the White House said Thursday, after a group of senators introduced such a bill. "If it were to pass, the president will veto it," White House spokesman Jay Carney told reporters.

The bill attempts to secure automatic sanctions should Iran break the deal, a key Israeli demand, and promises Israel support if it feels the need to launch such an attack.

"If the government of Israel is compelled to take military action in legitimate self-defense against Iran's nuclear weapon program, the United States government should stand with Israel," the bill states. It calls for "diplomatic, military and economic support" to Israel in such an eventuality. 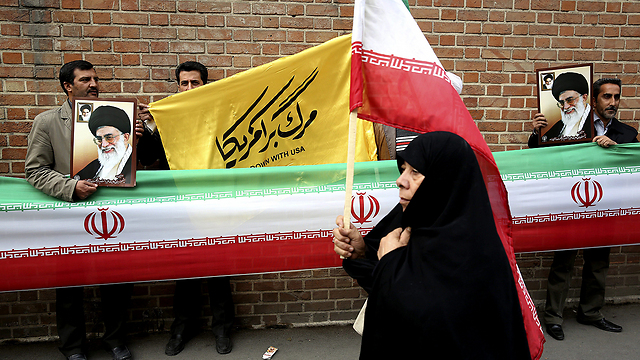 Iranians protest against the US (Photo: AP)

Senators from both parties introduced the legislation on Thursday. They did so despite appeals from the White House, which wants to avoid implementing new penalties while the US is holding nuclear negotiations with the Islamic republic.

White House spokesman Jay Carney says the sanctions would undermine American diplomatic efforts, a claim made by other international powers as well – most recently this Thursday by Russian President Vladimir Putin who called them a "counterproductive decision."

13 Democrats and 13 Republicans introduced the "Nuclear Weapon Free Iran Act" despite the Obama administration's insistence that passing such a measure would disrupt delicate negotiations between Tehran and world powers. Iranian Foreign Minister Javad Zarif also has said a new sanctions law would kill the interim agreement.

The proposed bill sets restrictions that would go into effect if Tehran violates an interim nuclear deal it reached with world powers last month or lets the agreement expire without a long-term accord.

A Senate vote won't happen until January at the earliest, and it's unclear whether the bill will have enough support to pass.

The economic benefits of an interim nuclear agreement between Iran and world powers are already being felt in the Islamic republic but the relief is limited, a report said Thursday. The November Geneva accord suspended international sanctions for six months and has led to an improvement in Iran's stock market as well as a drop in inflation, said the Institute of International Finance, which represents 450 banks and global financial institutions.

In particular, the gap between the black market and official exchange rates for the Iranian rial have narrowed, "falling from an average of IR 35,675 per dollar in June to IR 29,700" as of December 16, the report said. 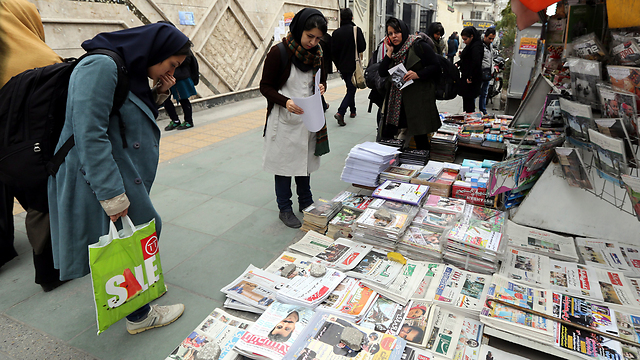 Iranians on the day the Geneva accor was signed (Photo: EPA)

"Real GDP could stabilize and even rise modestly in the current fiscal year," which ends on March 20, 2014.

But the report said the political situation in the Middle East remains volatile and cautioned that only a comprehensive agreement on Iran's disputed nuclear program would revive the country's economy.

"Failure to agree could bring about new sanctions and do further, possibly irreversible, damage to Iran's economy," the IIF said, warning that deep reforms are needed to spur strong economic growth.

"In time, improved economic conditions could strengthen President Hassan Rohani's position in Iran's politics and provide him with greater room to advance the new policy of accommodation and greater transparency with the international community," the IIF report said.

The Associated Press, AFP and Reuters contributed to this report