Sfard is Israel's most prominent human rights lawyer, known for his high profile cases, one of which resulted in rerouting of separation fence. 'I'm not a Palestinian freedom fighter,' Sfard says, 'I'm an Israeli human rights attorney who fights to strengthen Israel'

Growing up in Jerusalem, Michael Sfard had no contact with Palestinians who lived just across the street from him in the Arab part of the city. In high school, he studied French and English, not Arabic. It was a fairly typical Israeli upbringing, largely insulated from the harsh realities of Israel's half century of rule over the Palestinians next door. 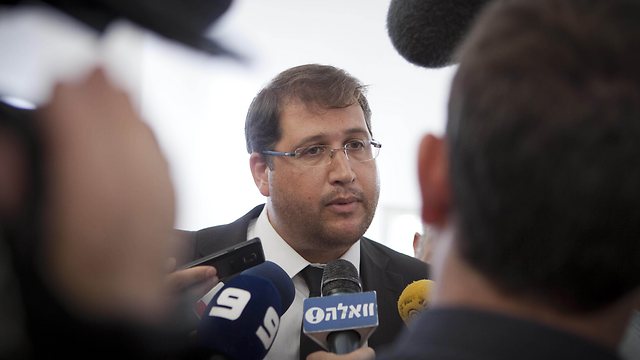 Yet since opening his own law practice, Sfard has emerged as one of the most effective defenders of Palestinian rights, arguing and winning high-profile cases in Israel's Supreme Court. Major victories include forcing the government to dismantle a large rogue settlement in the West Bank and rerouting Israel's separation barrier along some stretches to restore farmland to Palestinian villages.

The unlikely champion of the oppressed says he is trying to make Israel better, not advance the Palestinian national cause.

"I'm not a Palestinian freedom fighter," Sfard said. "I'm an Israeli human rights attorney who fights to strengthen human rights in Israel and in the territories it occupies and represents my clients the best I can." It's an outsider's role in a country where a majority seems either indifferent to what happens in West Bank and east Jerusalem or supports the government's settlement expansion on the lands the Palestinians want for a state. But it's a role that suits Sfard's temperament.  "I was always this wise guy who needs to tell people off," said Sfard, whose grandparents survived the Holocaust and whose father was jailed fighting for democracy in Communist Poland in the 1960s. His legal activism grew out of the crisis that befell Israel's peace camp after the collapse of Israeli-Palestinian peace talks and the outbreak of an armed Palestinian uprising in 2000. After those twin setbacks, the center-left lost power and many Israelis lost faith in the possibility of a partition deal. "We don't have a partner for peace" became a widespread — some might say somewhat self-serving — lament, even on the Israel left. Grassroots groups began to fill the political vacuum. Some joined weekly Palestinian protests against the separation barrier that slices almost 10 percent off the West Bank. Israeli women founded the group Machsom Watch, standing at Israeli army checkpoints to monitor the treatment of Palestinians. Sfard started his practice in 2004. A year later, Sfard and several Machsom Watch women set up Yesh Din — Hebrew for "There is a law" — to take the human rights battle to the courts. The Supreme Court often has ruled in favor of the Israeli government, especially when security arguments were raised to defend controversial policies, such as targeted killings of suspected militants. But it also has served as a last resort for human rights defenders. "I think my personal experience shows it is possible to get at least some remedy, even in the occupier's court," Sfard said. Sfard continues a tradition begun decades earlier by legendary lawyers Felicia Langer and Leah Tzemel, still widely respected among Palestinians for their dedication. But increasingly, Sfard's for-profit practice in gritty south Tel Aviv is becoming the go-to address for important cases, especially against settlement outposts and the separation barrier. His biggest clients include Yesh Din, funded by European governments, as well as settlement monitor Peace Now and Breaking The Silence, a group that collects testimonies from soldiers about their West Bank service.

On a recent morning, Sfard appeared before the Supreme Court in the case of Amona, one of the largest and oldest of dozens of hilltop outposts settlers have established in the West Bank since the late 1990s without formal approval of the government, but with its tacit blessing and financial support.

The large sun-lit courtroom was filled with Amona settlers and their children. Resident Hillel Vidal, 31, said he considers Sfard a menace to his way of life. 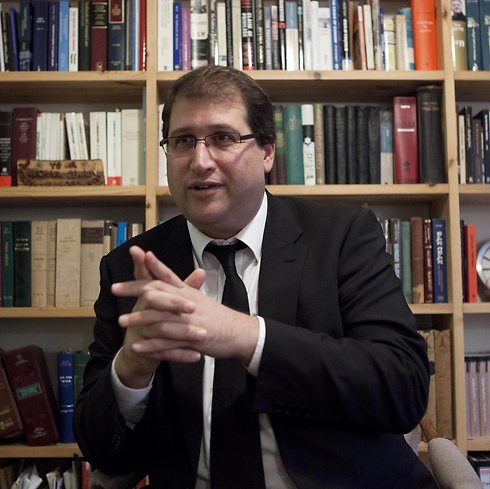 "He is a man who earns a living by trying to destroy my home," Vidal said. "He wants to bring down the Jewish people as much as possible and raise up the Arabs."

The government isn't disputing that Amona was built illegally on private Palestinian land. In 2006, troops razed nine Amona homes after clashes with some 5,000 settlers and their sympathizers, but several dozen trailers have remained. The government has put off dismantling the rest of the outpost, despite court deadlines. In a new complication, settlers said they bought some of the land the outpost sits on, a claim Sfard alleged is based on forged documents. Six of Sfard's clients couldn't get to last week's hearing because he said Israel didn't issue them entry permits for Jerusalem, a requirement for all West Bankers. Two others, Ibrahim Yakoub, 51, and Atallah Hami, 61, made it to court. After the hearing, Sfard answered their questions, his Hebrew comments translated into Arabic by a Yesh Din volunteer. Abdel Rahman Saleh, mayor of Silwad, one of the villages that lost land to Amona, said he has faith in Sfard because "he is a son of the system and knows the keys."

A state of conflict

Sfard acknowledged that being male, Jewish and Ashkenazi — traditional attributes of the Israel's elite — has helped him in court. Yet people like Israeli lawyer Nitzana Darshan-Leitner, a leading litigator against Palestinian terror organizations, say Sfard's fight for Palestinian rights is misguided.

"In a state of conflict, you can't give both sides equal rights," Darshan-Leitner said. "Sometimes it comes to a situation of either them or us. If he comes to defend them, he certainly hurts us." While still passionate about human rights law, the married father of two said he might branch out.

He recently helped The Block — one of Tel Aviv's biggest night clubs —  to stay open after police tried to shut it down over suspicions of drug dealing on the premises. Said Sfard: "I got more Facebook invitations for friendship after this case than all of my human rights cases ever."