White supremacy group, whose history has long list of lynches on blacks, Jews, says main interest is saving America from being run into ground

Members of the Ku Klux Klan said over the weekend that the white supremacy group has no problem with people who have different skin color.

Richard Preston, imperial wizard of the two-year-old Confederate White Knights of Rosedale, gave a speech at a Maryland event in what has been a recent attempt by his group and other KKK chapters to gain support for the organization and to detach themselves from their hate-group image.

"We're telling them we're not a gang," he said. "We're not a bad group. We're a Christian organization."

The Klan, whose raison d'etre is to persecute Blacks, Jews and other minority groups, said that what currently interests the organization is stopping America from being run into the ground. 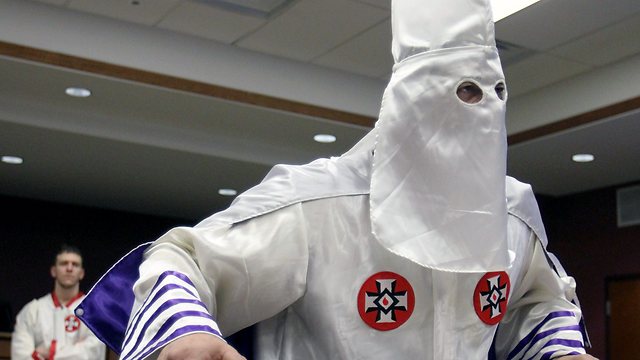 "We're going to do this all over America nonstop," Preston said. "We're not going to stop. We need to save America."

Kalil Zaky, an African-American who was at the heavily-secured event, asked Preston how the Klan would be able to rid itself of its image of a hate-group based on its history. Preston responded that the KKK is not a hate-group, and that it was only other people who labeled them as such. He also said that during the American Civil Rights era they made mistakes, but that they're no longer part of the Ku Klux Klan. 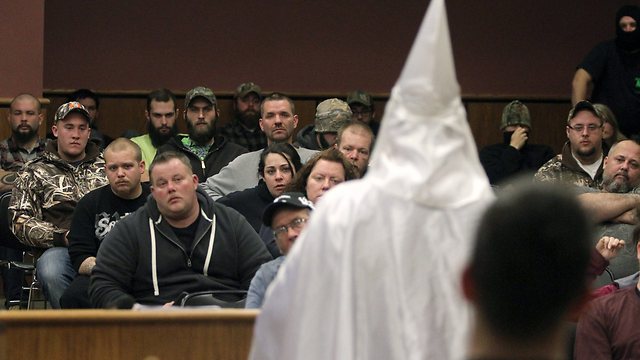 The KKK was founded in Tennessee in 1865 in order to restore white supremacy to the US after the Civil War. The group's members wore white robes and hoods, covering their entire face except for their eyes. The Klan would target mainly blacks, using threats and violence, including lynches.

The organization is currently occupied with spreading its propaganda against minorities and foreigners. The group's values dictate that there needs to be harsher immigration laws and to remove Barack Obama from the presidency.

"Because he's not an American citizen," Preston said. "Not because he's black."