Following shooting, killing of Israeli citizen near Gaza border fence, IDF retaliation in Gaza Strip that killed three-year-old, stone hurlers target WB bus, injuring one. PM Netanyahu warns: 'Those who tested us were hit. Those who test us will be hit'

Stones were hurled at a bus traveling in the West Bank. Magen David Adom paramedics arrived at a checkpoint near Qalqilya and tended to a 51-year-old man who sustained head injuries.

The injured was evacuated to the Rabin Medical Center in Petah Tikva in light condition. The bus was damaged, as well as four other vehicles, as a result of the stone hurling. The IDF is scouring the area in search of the perpetrators.

The stone hurling in the West Bank follows a wave of terror attacks in the West Bank, Gaza and central Israel, as earlier on Tuesday Salah Abu Latif, 22, who was working for a drilling company hired by the Defense Ministry, was killed by snipers while repairing the Gaza border fence. 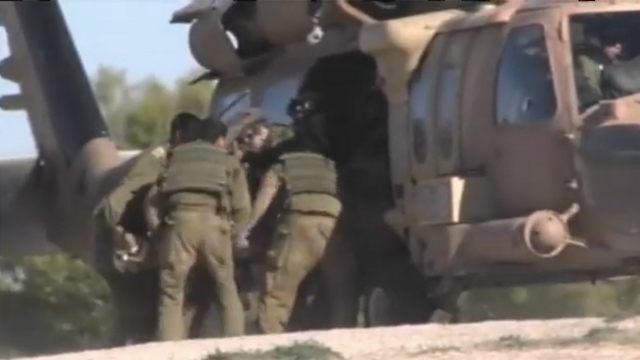 Abu Latif is the first Israeli to die as a result of Gazan terror since Operation Pillar of Defense .

According to an IDF investigation, Abu Latif was not wearing bullet-proof vest and helmet while working near the border fence, despite the fact that regulations call for both safety measures. He was shot in the chest, and sources said that a vest might have saved him, or at least minimize his injury. 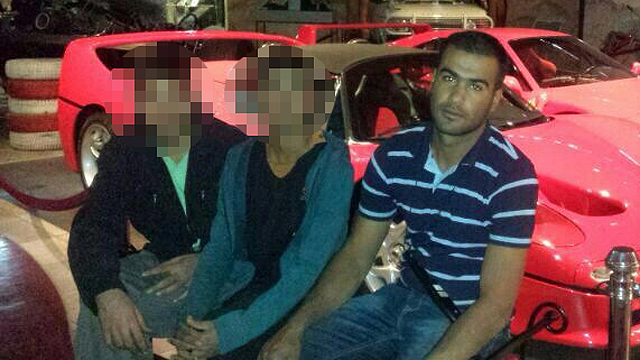 Abu Latif's uncle said Prime Minister Benjamin Netanyahu was to blame for the region's security escalation due to the stalemate in the peace talks."Salah had his trust in the State, but it can't be trusted. Good job Bibi, another flower was picked because of his stubbornness. We must put an end to this," the victim's uncle added.

Following the shooting, the IDF lunched several airstrikes on Gaza targets, killing a 3-year-old girl and injuring nine. According to Palestinian reports, more than 10 IDF airstrikes were launched in which two people were killed, including a three-year-old girl – Khala Sabiha. 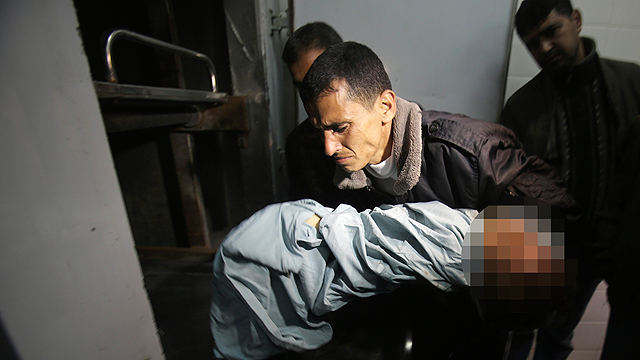 Six people sustained injuries.Gaza sources reported that the IAF bombed several targets in the strip.Hamas spokesperson Mushir al-Masri blamed Israel for the escalation, saying that resistance factions in Gaza were deliberating on means of retaliation. 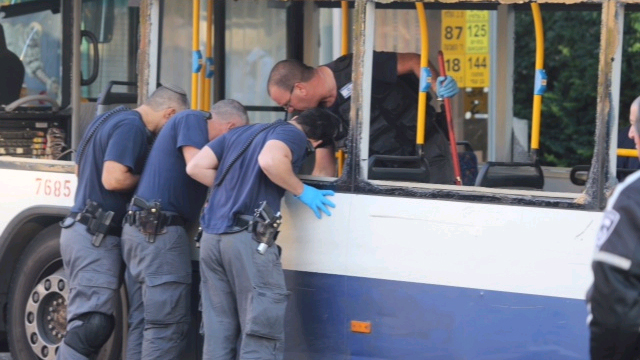 Following the Air Force strikes, Prime Minister Benjamin Netanyahu stated: "I wouldn’t advise anyone to test us. Those who tested us were hit. Those who test us will be hit."

Officer Rami Ravid was stabbed on Monday by a Palestinian in the West Bank. Police were scouring nearby villages in search of the stabber, but noted he had managed to escape. On Sunday, an explosive device was set off on a bus in the central city of Bat Yam. The bus driver and passenger noticed the suspicious object and notified the police, which sent sappers to the scene. No one was injured in the incident.