Minister says Hamas instigates hatred of Israel, pushing Palestinians to execute terror attacks, reiterating 'if it isn’t quiet in Israel, it won't be quiet in the Gaza.' IDF deploys Iron Dome battery in Sderot to prepare for possible rocket fire

Defense Minister Moshe Ya'alon said Wednesday that the "terror attacks in Judea and Samaria are the result of incite, instigated by the Palestinian Authority, which teaches hatred of the State of Israel. We will know how to handle it."

Ya'alon attributed the escalation to the peace process, saying when peace talks take the place, the Israeli-Palestinian conflict is brought to the foreground, prompting political rage and consequent seditiousness that eventually manifest in terror. "It's linked to the diplomatic process."

While visiting the Givati Brigade during an operational drill, the defense minister addressed recent escalation in the Gaza Strip and to the killing of Israeli citizen Salah Abu Latif by Gazan snipers, saying: "As far as we're concerned, Hamas is the sovereign entity in the Gaza Strip. It's responsible for the region's ongoings.

"We expect that (Hamas) lay its law on its people and on other groups. If it doesn’t we will respond. If it isn’t quiet here, it won't be quiet in the Gaza Strip. In any case, we are prepared for the possibility of an escalation, including a deployment of the Iron Dome system."

Despite relative quiet in the Gaza Strip, the IDF deployed an Iron Dome system battery in Sderot and Beersheba to prepare for possible rocket fire from the strip. 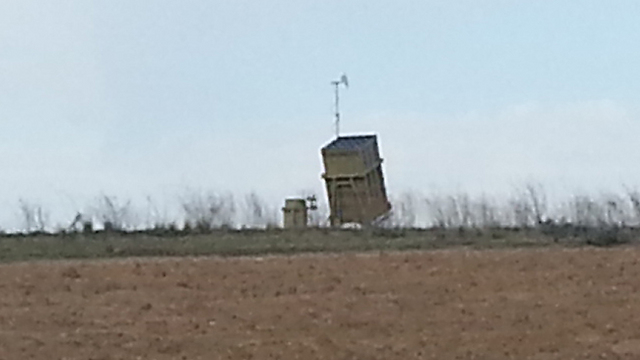 The Air Force is preparing to also deploy the missile defense system in other sites in the south, in addition to a permanent battery in Ashkelon.

Infantry, engineering, and armored corps are deployed along the Gaza border fence to prepare for shooting from Gaza or infiltration attempts. The IDF estimates that Hamas will contribute to the region's security escalation and that if an attack is launched it would be by the Popular Resistance Committee or the Palestinian Islamic Jihad , considered to be Hamas's enemies.

The IDF's airstrikes in the Gaza Strip following a shooting attack in which Salah Abu Latif was killed, included hits to six different targets. According to Gaza sources, a three-year-old girl – Khala Sabiha – was killed, and several members of her family were injured.

Addressing the issue of prisoner-release, the minister said further talks regarding the upcoming third stage of released are expected to be held, to determine the identity of those who will be released.