For first time in four months, rocket from Lebanon smash into north; no injuries or damage reported. Meanwhile, IDF confirms retaliatory attacks. PM: 'We see the Lebanese government as responsible for attacks launched for within their borders'

A rocket launched in Lebanon exploded in Israel Sunday morning. Meanwhile, the IDF confirmed it retaliated with heavy artillery fire towards the launch site in Lebanon. UNIFIL urged both sides to show restraint.

The Katyusha rocket exploded just west of Kiryat Shmona. The IDF confirmed the incident and added that it "responded with artillery fire towards the source of the launch". Police spokesman Micky Rosenfeld says there were no injuries and no damage caused from Sunday's rocket fire. 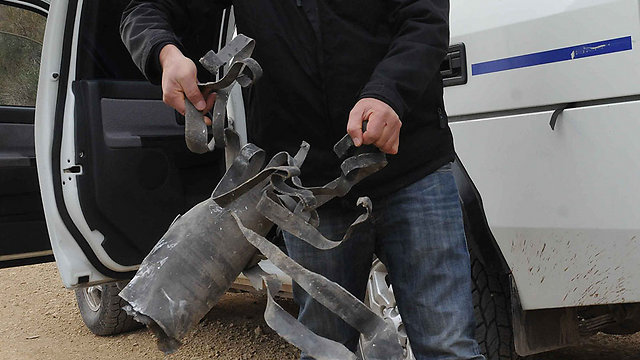 The IDF Spokesperson's Unit addressed the situation in the north of the country in a statement: "There were five launches identified from the source of the rockets and it appears there was one landing west of Kiryat Shmona. The IDF responded with a massive barrage of dozens of artillery shells towards the launch site." 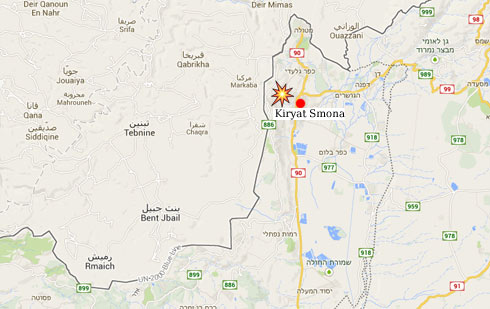 The UN peacekeeping force stationed in southern Lebanon, UNIFIL, have reached out to the Lebanese army and the IDF, to urge the two parties show restraint in the wake of the Katyusha attack, Lebanese media outlets claimed Sunday morning. 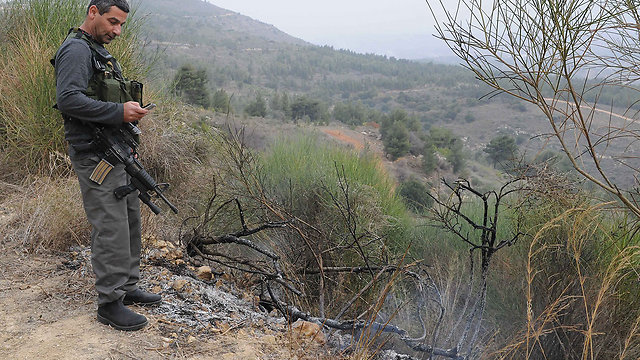 Prime Minister Benjamin Netanyahu addressed the incident, saying: "We see the Lebanese government as responsible for attacks launched for within its border.

"What is happening in Lebanon is that Hezbollah is placing thousands of missiles and rockets in apartments and is committing two war crimes at the same time. In the first it threatens to launch (the rockets) on civilians and in the second it hides behind the civilian population, it's a double war crime committed under the watch of the Lebanese government," added Netanyahu.

Defense Minister Moshe Ya'alon commented on Sunday morning's rocket fire, and said "We will not tolerate fire from Lebanon, we will not allow anyone to disrupt the lives of Israeli citizens. We see Lebanon's government and Armed Forces as responsible for this mornings attack.

"We will not return to business as usual. If needed, the IDF will respond with a force much stronger than our massive response this morning," the defense minister said.

Hezbollah affilated media outlets said the rockets landed along the Lebanese-Israeli border, and LBC reported that the IDF responded by firing mortar rounds at the Lebanese border villages of Al-Marea and Rashaya al-Fakhar.

Lebanese media outlets reported either one or two rocket failed to make it into Israel and landed in the southern town of Sarda, near the border with Israel and the Lebanese news website El Nashra said that Lebanese security forces were called to the scene.

Nissim Malka, the mayor of Kiryat Shmona, addressed the attack: "The hits were visible, causing a bit of panic from residents. I am in constant contact with the IDF. But we are operating as usual, we are not planning on opening up bomb shelters and the schools will continue working as normal."

He added, "I will convene an emergency session and we will consider what steps to take according to the report received from the IDF."

Earlier Sunday, 2 explosions were heard in the area of Kiryat Shmona. After investigating the possibility it was a rocket landing, the IDF confirmed that this was the case. There were no casualties, and the warning siren did not go off.

At the begining of December, Hassan al-Laqqis, a senior Hezbollah operative, was assassinated in Beirut’s Hadath suburb after unknown gunmen opened fire on him while he was entering his vehicle. Though no further details have been confirmed, Hezbollah and Iran pointed a blaming finger at Israel.

Israeli foreign ministry spokesman Yigal Palmor denied any Israeli involvement in the killing of the head of Hezbollah's technology and communications unit.

"Israel has nothing to do with this incident," Palmor said. "These automatic accusations are an innate reflex with Hezbollah. They don't need evidence, they don't need facts, they just blame anything on Israel."

Hezbollah said that Israel "must assume full responsibility and all consequences of this despicable crime," in regards to the assassination of one of its commanders, Hassan al-Laqqis. ""The direct indictment is naturally directed against the Israeli enemy who tried to eliminate our martyred brother several times in several places, but the attempts failed until last night," the statement said.

In the years since the 2006 Second Lebanon War there have been a number of incidents along the northern border. Only a few weeks ago, an IDF soldier was killed by a rouge Lebanese army sniper.

The last rocket incident took place four months ago: Sirens were sounded in the Western Galilee region after four Katyusha rockets were fired at Israel from the Tyre area in Lebanon. Two of the rockets landed in Israeli communities. In response, an Iron Dome battery was placed in the region.

Roi Kais and Maor Buchnik contributed to this report