The Israel Tax Authority has decided to get a head start on the Knesset and go ahead and grant same-sex couples the same benefits heterosexual couples enjoy.

Earlier this week, the Knesset passed in a preliminary reading a bill proposed by Yesh Atid MK Adi Kol which calls for equal tax benefits for same-sex couples. While Yesh Atid supports the bill, Habayit Hayehudi was reluctant to throw its support behind any bill that would legally change the definition of marriage.

The reported compromise between respective party chairmen Finance Minister Yair Lapid (Yesh Atid) and Economy Minister Naftali Bennett (Habayit Hayehudi) was that the latter would allow the bill to pass a preliminary reading only to have it get buried in committee later on. 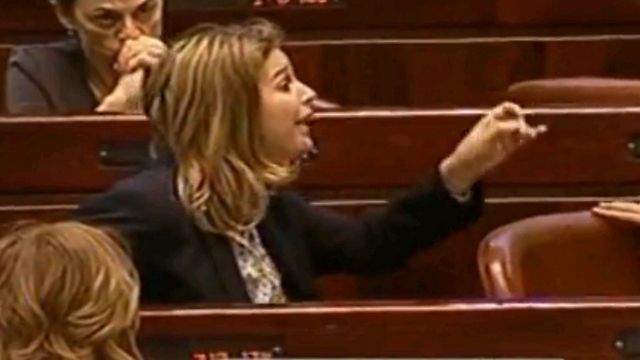 Lapid could then promise same-sex benefits through secondary legislation and amendments – thus leaving the legal definition of marriage in tact while granting the couples' their rights.

In a memo published on the Israel Tax Authority's website Monday, accountant Miri Savion, a deputy director general for assessment and overview, instructed authority employees to give homosexual couples equal benefits – despite the fact that the bill has not been passed. 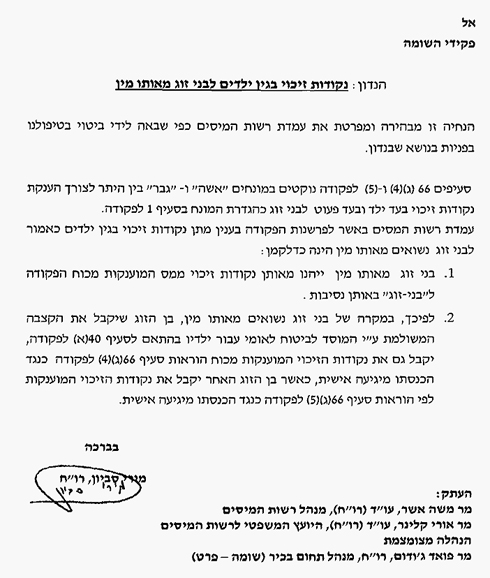 MK Adi Kol commented on the move and said "it will allow same-sex couples to enjoy the benefits while legislation is still in process. I am happy the ITA has internalized the fact that same-sex couples are legitimate families."

An ITA source told Ynet that the directive was sent out today, but in reality the ITA has granted same-sex couples such rights for some time now. The source also stressed that the directive does not replace or render the bill obsolete.