5 dead in blast that hits Hezbollah area south of Beirut

Lebanon's Health Ministry says an explosion in a southern suburb of Beirut that is a stronghold of the Shiite Hezbollah group has killed at least five people. 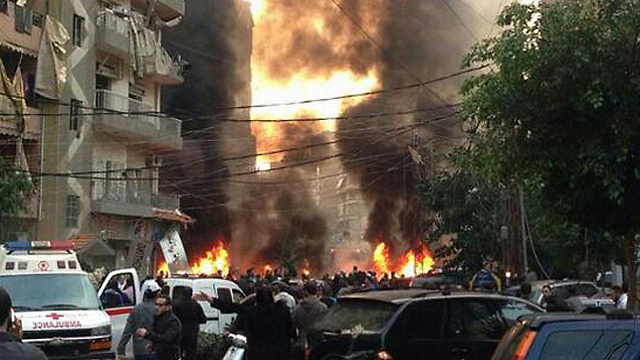 The blast in Beirut 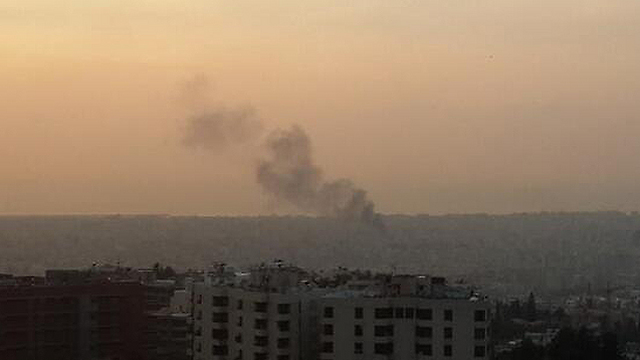 Smoke from the blast in Beirut

The nature of the explosion was not immediately clear, but the ministry also says at least 20 people were wounded in the blast that hit the Haret Hreik neighborhood during evening rush hour. 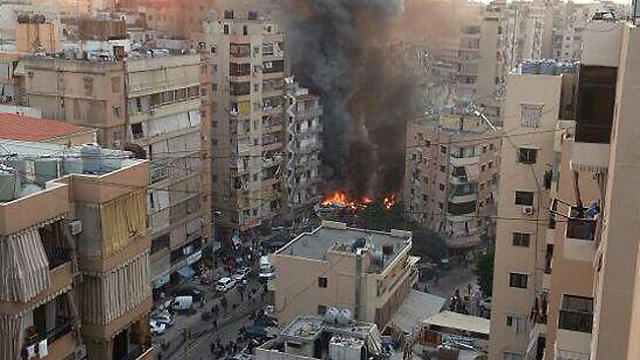 The explosion in southern Beirut

A Lebanese security official says the explosion appeared to be caused by a car bomb. He spoke on condition of anonymity because he was not authorized to brief the media.

Images broadcast on Hezbollah's Al-Manar TV showed smoke billowing at the site of the blast, and firefighters putting out several cars that were ablaze. The footage showed at least one building that had its facade blown off, and several neighboring buildings were also damaged. 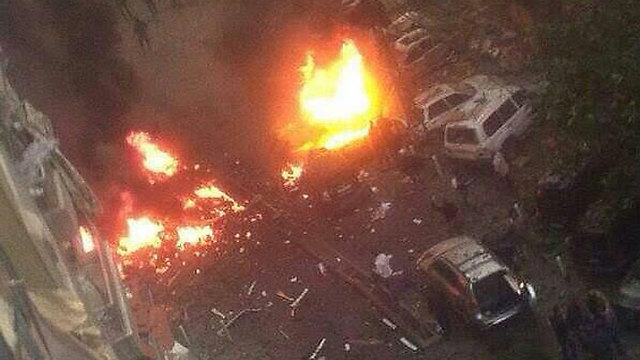 A bird's eye view of the scene of the explosion

Al-Arabiya reported that security forces were shooting in the air to keep the crowd away from the area. A reporter for the pro-Hebzollah network Al Mayadeen said a car bomb went off next to an old Hezbollah-run Al-Manar Television building, which was bombed by Israel during the war in 2006. 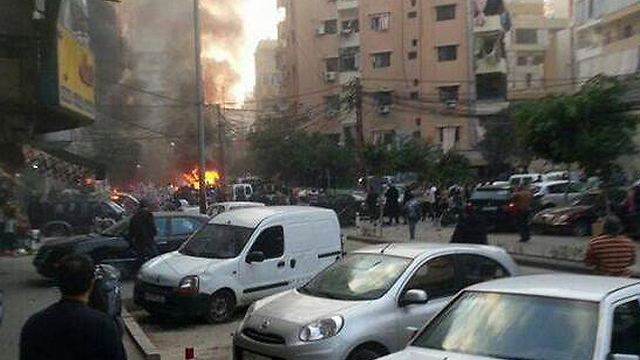 At least 10 were wounded in the blast

The LBC network also reported that a Hezbollah political bureau is near the area of the explosion, but it wasn't damaged in the blast.

Lebanon has been hit by a wave of bombings in recent months as the civil war in Syria increasingly spills over into its smaller neighbor.