Thousands of asylum seekers from Eritra and Sudan were marching in Tel Aviv in protest of the Israeli government's neglect to review asylum requests, and the State's detention policies.

The Tel Aviv march started in the city's south, and marchers intend to reach the Rabin Square in the city's center, where they are to hold a protest. 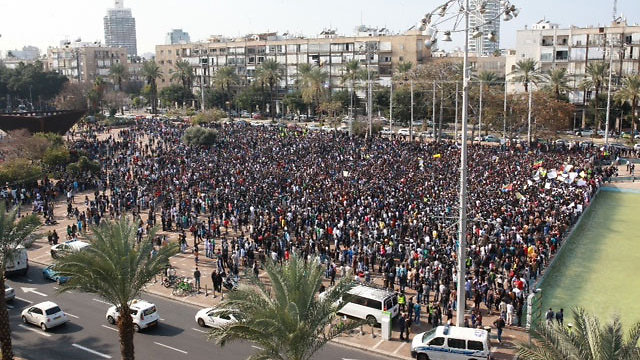 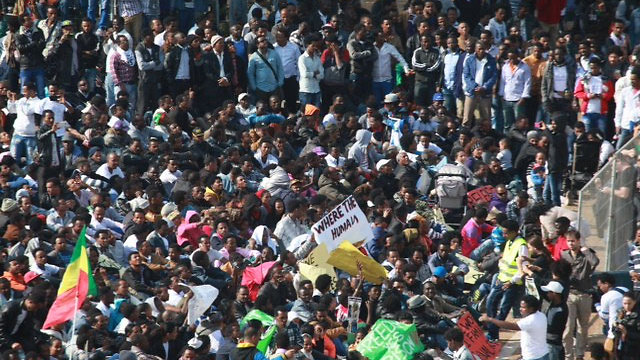 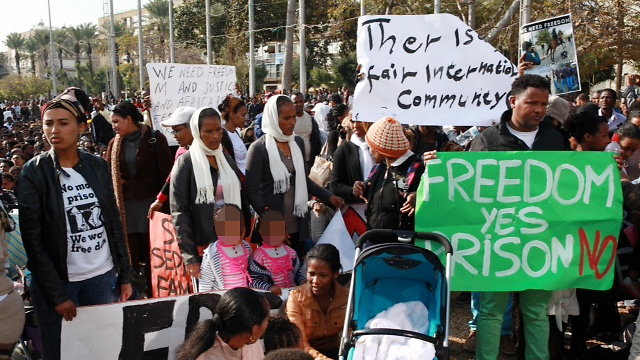 Brahna, an asylum seeker from Eritrea, 24, in Israel for five years, told Ynet: "We are here to fight for our lives. Israel has been violating its international commitments for years and has been treating us like criminals when in fact many of us have escaped life threatening circumstances.

"We ask that the Israeli society stop the brutal legislation, make the government review our asylum requests and stop sending hundreds of us to jail."

Adu Mahmoud, 27, asylum seeker from Sudan who has been in Israel for seven years said: "We understand the distress of residents of south Tel Aviv. We did not come here to hurt them. We've come here because we didn’t have any other choice and we request that the government respects our rights in accordance with the treaty that Israel signed."

In Eilat, some 350 asylum seekers protested in front of governmental offices in the city. 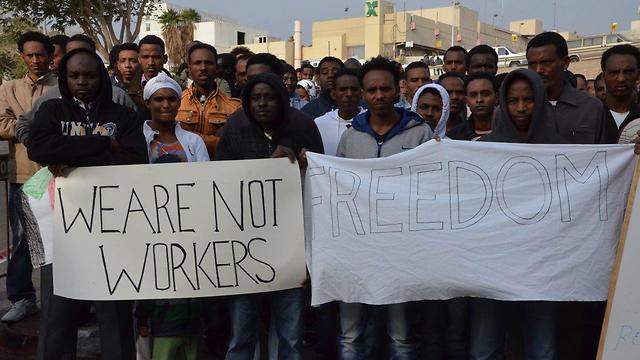 Solomon from Eritrea told Ynet: "We are not infiltrators, not job seekers, not criminals, not disease carriers… we are refugees and all we want is work to support ourselves. We can't go back to our country – it's a threat to our lives and the lives of our families."

It has also been reported that activists intend to contact the United Nations High Commission for Refugees, as well as foreign embassies in Israel, asking them to demand the Israeli government take responsibility over asylum seekers.