What ties Hezbollah to Hariri's murder?

Next week, the Special Tribunal for Lebanon will convene to adjudicate in the matter of the assassination of former prime minister Rafik Hariri, the outspoken critic of Hezbollah who was killed in February 2005 when his motorcade was hit by a massive bomb on the streets of Beirut.

An official court document has pulled back the veil over the investigation, revealing new details about the main suspect in the murder, Mustafa Badr Aldin – the brother-in-law and heir-apparent of assassinated Hezbollah chief operations commander Imad Mughniyeh. The document was identified by Ronen Solomon, an Israeli intelligence analyst and researcher specializing in Hezbollah's security and intelligence mechanisms. The report is comprehensive and thorough, as befitting an investigation stretching across many years, and contains information that Hezbollah's operations high command would prefer remained hidden: Private details of Aldin's family, his social circles, and business affairs.

The international investigative team made use of information gathered by Lebanon that not only focused on the immediate circle of those responsible for the assassination, but on all telephone lines used by Aldin's security detail. In order to connect the phone line used in Hariri's assassination to the identity of the prime suspect, Aldin, investigators tracked his conversations from 2000 to 2008. 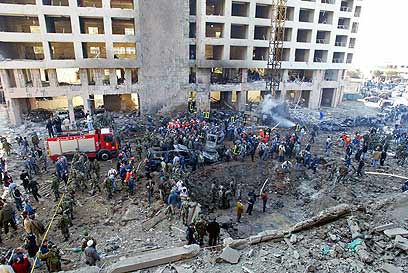 Court documents show a connection between Mughniyeh, who was assassinated in Damascus in February 2008, and Aldin, who replaced him in the organization. The contact between the two was maintained through Aldin's sister - who was also Mughniyeh's wife.

The documents also show that Aldin made calls to locations used as Hezbollah control centers, suggesting that the high-ranking terrorist did not maintain precautionary measures. This carelessness could well cost him in the future. 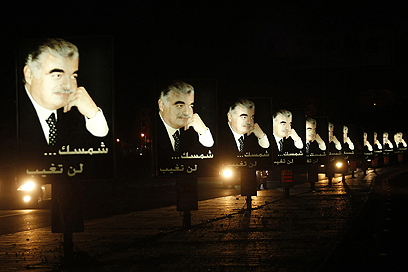 Signs dedicated to seventh anniversary of Hariri's death (Photo: AFP)
The document sheds light on the life of a man long considered to be hiding in the shadows. Aldin received a bachelor's degree in international relations from the American University in Beirut, which he attended from 2002-2004. He also managed two jewelry stores in the Lebanese capital. Lebanon has been battered with bombings with increasing frequency as the country is swept into the three-year civil war in Syria, but the shockwaves from that explosion nearly nine years ago still reverberate. The bombing that claimed Hariri's life killed 23 others and wounded many more. The death of Hariri, who led the anti-Syrian movement, shocked the small coastal country. The international court established at the request of the Lebanese government – who partially funds it – has drawn the ire of the Hezbollah leadership.

The special court first convened on March 1, 2009. Two years later, an indictment against four Hezbollah members was issued. A fifth name was recently added to the list. All five will be tried in absentia. 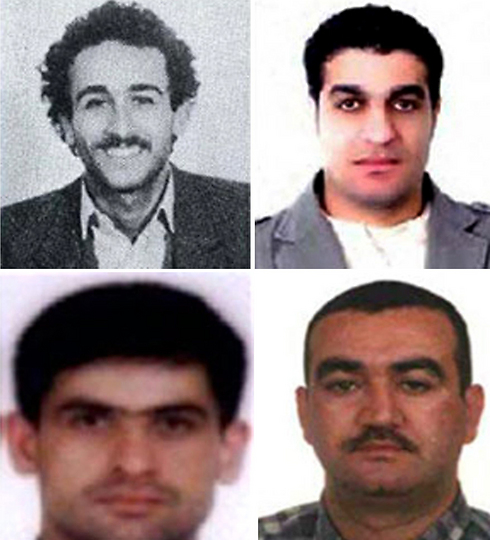 Hezbollah's involvement in the Syrian civil war in the past year, with its members fighting on the side of the Assad regime, has led to a wave of bombings in Lebanon instigated by extremist Sunni elements battling to oust Assad, elements are also affiliated with al-Qaeda. These organizations have managed to penetrate Hezbollah strongholds in Beirut, and even targeted the Iranian embassy there.

Two weeks ago Mohamad Chatah, a political advisor to Rafik Hariri's son, politician Saad Hariri, was assassinated in the heart of Beirut. Chatah served as Lebanon's treasury minister and was one of the loudest critics of Hezbollah. Saad Hariri son cast blame on the Syrian government and Hezbollah.