US congressman 'got half a million dollars from Israeli rabbi's followers'

An FBI investigation into Republican Congressman Michael Grimm's campaign finances ties him to Israeli Rabbi Yoshiyahu Pinto through donations of more than half a million dollars, and has also led to suspicions of senior Israeli police officers accepting bribes from Pinto.

The affair came to light due to an FBI wiretap agreed to by Pinto as part of a settlement with the bureau, after Pinto filed a blackmail complaint resulting the rabbi having to testify against Grimm, the New York Republican Congressman and former FBI agent. 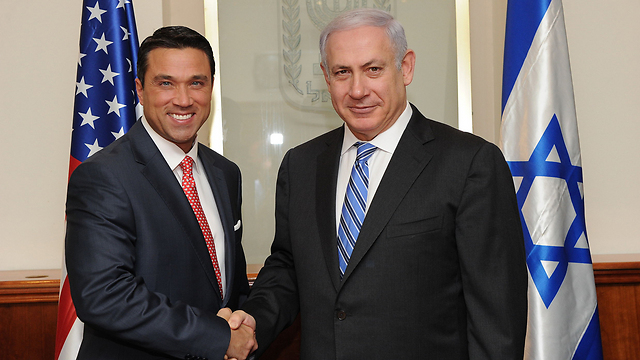 Grimm was under investigation by the FBI for illegal donations to his 2010 election campaign. Some of the donations reportedly came from sources affiliated with Pinto.

Grimm, born in Brooklyn in 1970, grew up in Queens and enlisted in the US Marines. He fought in 1989 in the First Gulf War, afterwards graduating from university with degrees in accounting and law.

He worked in an investment firm and was then hired by the FBI. He subsequently returned to the business world, and in 2010, he was elected to the House of Representatives as a New York State Republican.

Grimm was supported by top Republicans in his election campaign, including former president George H.W. Bush and former presidential candidate Senator John McCain. Grimm was elected for a second time in 2012, but a New York Times report stained his victory.

The paper said that Grimm was in contact with Ofer Biton, one of Pinto's assistants, in order to raise money for his election from the rabbi's followers.

Grimm, it said, had good reason to turn to the popular rabbi since he needed a great deal of money. Pinto supplied the funds to the Republican incumbent, a Catholic who prays every Sunday in church.

Grimm was able to raise more than half a million dollars – which comprised half of his total fundraising for the election, the FBI revealed.

Biton is being investigated on the suspect of embezzling millions of dollars from Pinto's followers. The New York Times also reported that there were illegal donations that included cash transfers and straw companies. The followers said they gave the money because Biton said Pinto wanted his followers to donate to the politician.

Pinto's spokesman told the Times that the rabbi had met with Grimm but he wasn't aware of the donations. Biton outright denied any connection to raising funds for Grimm.

Despite the denials, the FBI's investigation brought to an arrest of Grimm's former girlfriend on charges of circumventing federal campaign laws to funnel money to Grimm, the New York Daily News reported.

During the FBI's investigation Pinto was asked to testify against Grimm, and as a result Pinto's agreement with the FBI required the rabbi's phone to be wiretapped, and for him to divulge any information regarding financial transactions associated with his Hazon Yeshaya non-profit organization.