Yedioth Ahronoth set to publish slew of letters belonging to top Nazi Heinrich Himmler in Tel Aviv safe, and also try to explain how the letters managed to get to Israel, where they were hidden under the bed of an Israeli artist

Yedioth Ahronoth will publish the largest unknown collections of personal letters, pictures and notes belonging to SS commander Heinrich Himmler, and will also attempt to shed light on how the historical documents reached Israel. German paper Die Welt will also make Heinrich Himmler’s letters public for the first time, after the impressive collection was found in a Tel Aviv archive after spending years in a safe and before then under the bed of an Israeli artist. 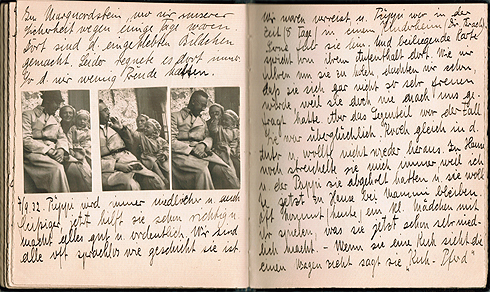 The collections contains private letters, notes and photographs span from 1927 to weeks before Himmler's 1945 suicide and will be published on Sunday. They also include recipes.

The Yedioth Ahronoth story will also attempt to shed some light on how the letters managed to find their way to Israel. The Israeli director Vanessa Lapa researched the subject over the last two years in a bid to answer the question but failed to reach a definitive answer.

The leading theory is that Chaim Rosenthal – an Israeli artist and historical memorabilia collector interested in the WWII – purchased the letters, probably in a Brussels' flee market.

According to another possible version of the events, the documents were found in the home of Karl Wolf, Himmler's personal assistant who fled to Italy at the end of the war and hoped to use the letters as a bargaining chip.

At some later point, Wolf took the letters with him to either central or South America. According to this narrative, Chaim Rosenthal purchased the letters in Mexico from Wolf's wheelchair-stricken personal assistant together with a group of investors for some $40,000.

It is unclear which of the two version are correct, but what is known is that Rosenthal brought the letters to Israel in the 70s and hid the collection under his bed.

The man who is considered the architect of the Holocaust met his then-future wife Marga in 1927 and the two began a correspondence detailing the early months of their relationship. The Reichsführer SS signed the love letters “Dein Heini” (“Your Heini”), Die Welt reported.

Afterwards, beginning at 1938, Himmler began cheating on his wife but remained in contact with her and his daughter, signing off as “Euer Pappi” (“Your Daddy”). 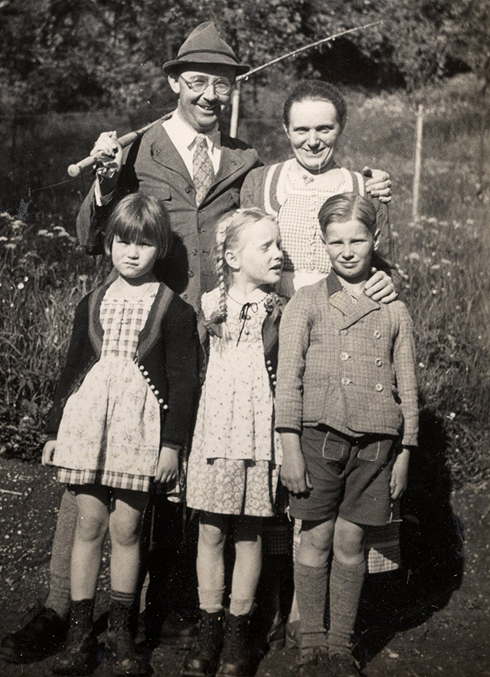 According to Die Welt, Himmler was one of the most powerful Nazi leaders and in the closest circle surrounding Adolf Hitler. "He was the ruthless organizer of the Holocaust, the head of the Waffen SS, Gestapo and police - responsible for the concentration camps and the death of millions of people."

The Die Welt report said the letters were found in a safe of an unnamed Israeli Jew - presumably Rosenthal - and eventually came into the possession of a private archive in Tel Aviv where they remained locked in a bank vault. 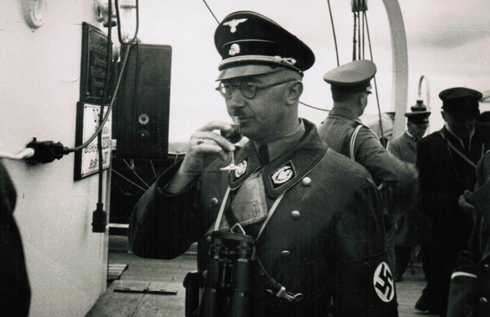 Heinrich Himmler
President of the German Federal Archive, Michal Hollman said "We are sure about these documents. There is no reason to doubt the authenticity of the documents in Tel Aviv." The Berlin historian and Nazi expert Michael Wildt is quoted in Die Welt as describing the find as "a dense body of private documents, like that of no other members of the Nazi leadership." The new material on Himmler's private life will also be featured in a new documentary by Israeli documentarian Vanessa Lapa, whose father owned the documents. The film, which was partially funded by Die Welt and Yes Doco, will premier at the Berlinale in Febuary.