Israel's separation barrier could soon destroy the livelihoods and redraw the demographics of two Palestinian villages south of Jerusalem, locals say, should an imminent court ruling approve its planned route.

The barrier - in parts an eight-meter-high (25-foot) concrete wall - would cut through ancient irrigation systems relied upon by the West Bank village of Battir, separate residents of nearby Beit Jala from their olive groves and divide a local Christian community. 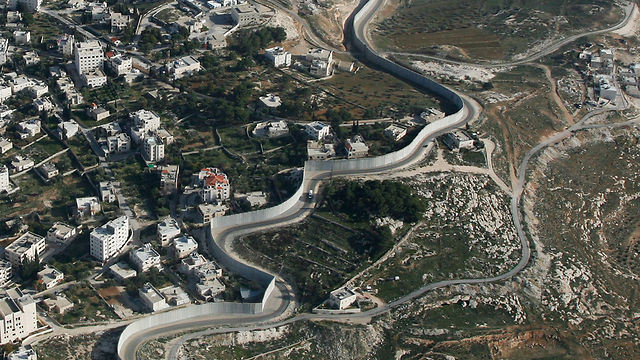 The Supreme Court rules on Wednesday whether to approve the defense ministry's planned route, after a flurry of petitions by locals and activists pleading to redirect it.

The ministry insists the barrier, whose construction began in 2002 during the bloody second intifada and which now snakes some 440 kilometers through the West Bank, is essential for Israeli security.

But in Battir, which straddles the 1949 armistice line south of Jerusalem, the barrier threatens the livelihoods of a 5,000-strong Palestinian community that depends on a Roman-era irrigation system, residents say. 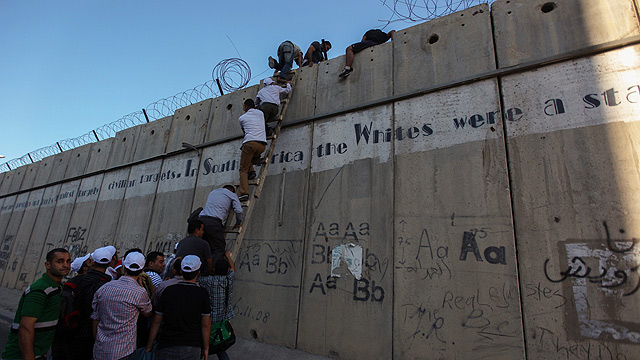 The ancient system channels water from natural springs down stone terraces and through sluice gates to water villagers' orchards and gardens.

"The building of the wall will destroy parts of the water system that has been here for 2,500 years, including the stone channels that lead to the village," said Akram Badr, head of Battir village council.

Battir's produce is a key source of income for the village, as is the tourism generated by the Roman irrigation system itself, a proposed UNESCO world heritage site that attracts Holy Land visitors and historians.

"The wall's route will destroy the area and wreck an important historical site that still serves a crucial practical purpose for the people of Battir," said Friends of the Earth Middle East's Nader al-Khatib, adding that it would inevitably lead to a loss of tourism.

Much of the separation barrier is built along the so-called 1949 Green Line, which is recognized by the international community as the border of Israel proper, although it juts out into the occupied West Bank in several areas. 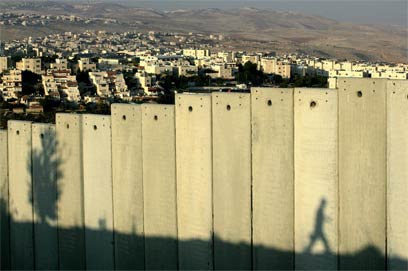 Fence could end up splitting monks from nuns (Photo: EPA)

Two-thirds of Battir lies in Palestinian territory with the other third in Israel.

Israel's defense ministry denies the barrier's planned route would have a significant effect on the irrigation system or impede access to the school.

"The ministry ... values the protection of both human life and the environment... However, (it) is committed first and foremost to maintaining the safety and security of the citizens of Israel," it said in a statement to AFP.

"The route was relocated to an area where the impact on the terraces and the view will be most limited," it said, adding that "only the first row of (water) terraces will be partially affected."

The planned route "does not disrupt the existing access roads to the school," it added.

A few kilometers (miles) down the road, the barrier threatens to separate Christian and Muslim residents of the town of Beit Jala from their olive groves and divide the Christian community.

A Supreme Court ruling on the section of the barrier in that area might also be given on Wednesday.

The barrier would split the Roman Catholic Salesian order by leaving the monastery on the Israeli side and the convent in Palestinian territory. The order runs the Cremisan valley's famous vineyards, which provide wine to churches throughout the Holy Land.

Beit Jala's parish priest Father Ibrahim al-Shamali has for two years been holding weekly mass in the area to protest against the plan.

"The wall endangers all the people of Beit Jala, Christians and Muslims alike," he said.

"It will affect Christians more because 99 percent of the land there belongs to some 58 Christian families... This could push the community to leave, because after losing their land they'll have nothing to stay for."

The defense ministry told AFP it had "taken into account all the requests of the different parties, especially the monastery," in planning the barrier's route, but did not elaborate.