Syria foes set to end talks with no concrete progress

Long-awaited Geneva II talks on Syria reach end with sides agreeing that 'terrorism ... is a very serious problem inside Syria, but there's no agreement on how to deal with it,' UN mediator says

Syria's warring sides are expected to wrap up their first peace talks on Friday without concrete progress on ending the violence, a political transition or ensuring humanitarian aid for millions in need.

The Syrian regime and the opposition representatives got bogged down in a dispute on Thursday over who was responsible for the violence in the country, as the peace talks in Geneva focused on "terrorism.” 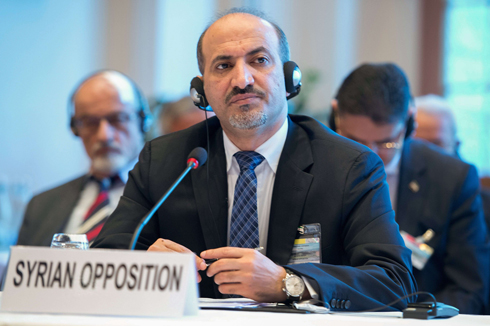 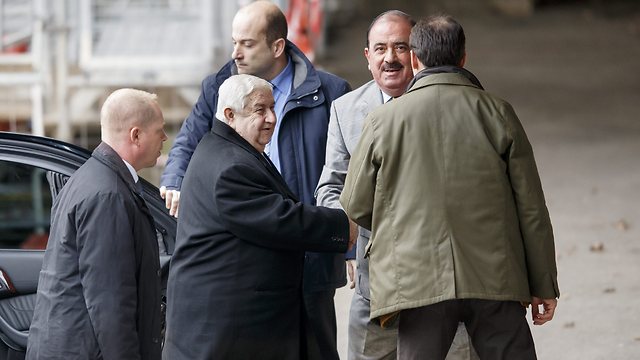 While the mere fact of the rivals agreeing on a topic of discussion was seen as a step forward, the first round of talks are expected to end Friday without any significant breakthrough.

"There is of course agreement that terrorism ... is a very serious problem inside Syria, but there's no agreement on how to deal with it," UN mediator Lakhdar Brahimi told reporters, ahead of the seventh and final day of talks.

The two sides have been brought together in Geneva in the biggest diplomatic push yet to end a civil war that has left more than 130,000 dead and forced millions from their homes. "This is really the beginning of our process," Brahimi stressed.

"I hope that when we come back we'll have a more structured discussion," said the UN mediator, who on Friday is expected to announce a second round of talks in Geneva after about a week. 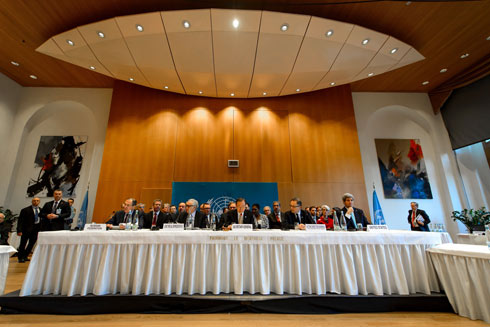 Just getting the warring sides to sit down together for the first time since the conflict erupted in March 2011 is, however, seen as an important step forward.

A minute of silence

"The important thing is that the parties meet in the same room," UN Secretary General Ban Ki-moon told reporters in Berlin Thursday.

The sixth day of talks got off to a positive start, with the two sides sharing a minute of silence for all victims of the Syrian tragedy. But even that symbol of unity was shattered when both sides insisted they were the ones who had requested the gesture.

The regime delegation then went on to present a text it wanted the other side to agree on, urging all states to "prevent and stop the funding of terrorist acts."

The text, obtained by AFP, also insisted that "fighting terrorist organisations and driving them out of Syria is a common objective and duty for every Syrian."

The opposition rejected the communique as "one-sided" and "unacceptable," delegation spokesperson Louay Safi told reporters, pointing out that the text failed to denounce "the regime's crimes against humanity."

He insisted it was useless to discuss how to rein in violence before setting up a transitional government, called for in the never-implemented roadmap to peace adopted in 2012, without President Bashar al-Assad.

The current regime "wants to keep the head of the regime at the expense of destroying the whole country," he said. The regime delegation has said Assad's position is not up for debate in Geneva.

A Human Rights Watch report published Thursday meanwhile accused the regime of razing thousands of homes in areas that support the opposition as "collective punishment."

Despite a constant combative tone, Brahimi had said Wednesday "the ice is breaking, slowly," between the two sides.

This did not however mean that he had seen "any change in the position of the two interlocutors," he said Thursday evening.

No progress was seen towards fulfilling the only tangible promise of the talks so far: the regime's promise to allow women and children safe passage from besieged rebel-held areas of Homs.

"I am disappointed, very disappointed," Brahimi said Thursday, lamenting the dire situation for about 3,000 people living with near-daily shelling and the barest of supplies in the areas that have been under siege since June 2012.

Elsewhere though, a food convoy finally gained entry Thursday to the besieged Yarmuk Palestinian refugee camp, south of Damascus, where dozens have died from shortages of food and medicines.

The UN Palestinian refugee agency (UNWRA) said 600 food parcels had been delivered to the camp, where residents have spoken of eating grass, cats and dogs to stay alive. It took months of pressure from Washington, which backs the opposition, and Moscow, Assad's key international ally and arms supplier, to bring the two sides together.

But on Thursday, Washington expressed concern over Syria's delay in handing over such weapons, after the world's chemical watchdog said less than five percent of the most dangerous chemicals in the Syrian armory had been shipped out.

"This is not rocket science here. They're dragging their feet," said State Department spokesperson Jen Psaki. "We need them to pick up those feet and run with this and move forward in moving the chemical weapons stockpile to the ports," she added.