Recent rocket fire towards Eilat is only a side effect of a larger conflict taking place in Sinai. The rockets fired towards Eilat in the past ten days may only be a ricochet effect of massive and violent exchanges of fire in the Sinai Peninsula between the Egyptian army and jihad organizations going up a notch.

Now the Egyptian army has placed the al-Qaeda-inspired group that claimed responsibility for rocket-fire at Eilat in its crosshairs, a group that has been active against Egypt just as must as against Israel in its attacks.

Egyptian authorities claim that the Salafi organization Ansar Beit Al-Maqdis, affiliated with al-Qaeda, is responsible for several attacks on Egyptian soil as well.

The army is increasing its efforts to curb the organization's activity, and Egypt's military spokesman Ahmed Mohammed Ali, posted on his Facebook account Saturday evening that two extremely dangerous jihad members were killed and roughly 11 more arrested in an Egyptian army operation in the northern Sinai Peninsula. 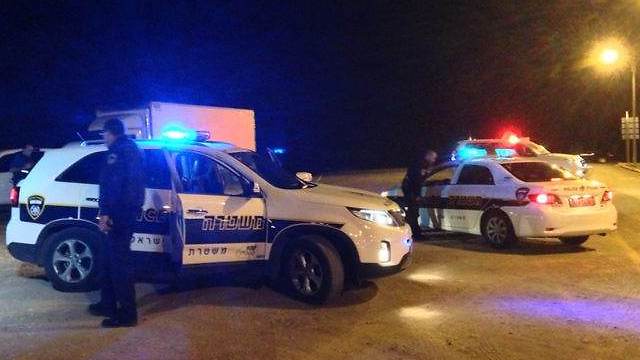 The clashes were in the city of A-Sheikh Zweid in northern Sinai, during which Salamah and Suleiman Abu Malhos were killed. The two terrorists were involved in two terrorist attacks in Rafah against members of the security forces, in which dozens of people were killed.

As part of the same operation, 16 houses belonging to terrorists and 10 huts used by activists as a departure-base for attacks against military and police forces were destroyed. In addition, two tunnels and a house in which an opening to a tunnel in the Rafah area was uncovered were also demolished. On Friday night, the Egyptian air force bombed the houses of four terrorists south of the city of A-Sheikh Zweid in northern Sinai. According to the Egyptian army, 13 jihad activists were killed and seven more injured. On Wednesday morning, seven more jihad activists were killed in another military bombing in the same area.

The Ansar Beit Al-Maqdis organization, published a message attributed to the organization in social media, saying that the fire towards Eilat was: "In light of obvious cooperation between the traitorous Egyptian regime (with Israel), that has become apparent in recent days in their coordination with Israel in the bombing of our residents in the Gaza Strip, and in their granting of permission to Zionist unmanned aerial vehicles to fly over the Sinai Peninsula and spy after jihad fighters. This is after defeats suffered by the Egyptian army, one after the other." 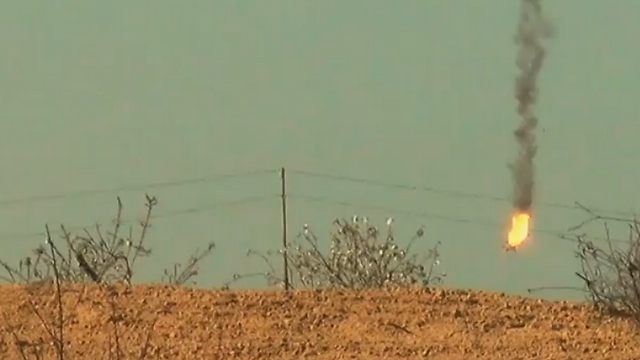 The Egyptian army helicopter that was shot down. The terrorist organization claimed responsibility

The message further read: "Allah helped your brothers, jihad fighters in the Ansar Beit Al-Maqdis organization, succeed in striking the city of Eilat with rocket-fire." The statement also included a message for Israel: "Know Jews that nothing will stop us, with Allah's help, from fighting against you and hurting you."

Ansar Beit al-Maqdis, or the Champions of Jerusalem, that operate in the Gaza Strip and the Sinai Peninsula, is the organization launching the most prominent attacks against the Egyptian army lately. The organization is accused by Egyptians to have been cooperating with the Muslim Brotherhood and Hamas, and has recently increased its activities outside of the Sinai Peninsula. Last week, the group claimed responsibility for the assassination of a senior Egyptian Interior Ministry official Mohamed Saeed, who was shot by assailants riding a motorcycle when he left his home.

At the same time, the organization continues its terror attacks against Egyptian security forces in the Sinai Peninsula, with the most alarming attack taking place last Saturday, when the organization was able to shoot down an Egyptian army helicopter and cause the death of five people.

The organization also published a documentation of one of its activists launching a shoulder-fired-missile at a helicopter, scoring a direct hit. Ansar Beit al-Maqdis claimed responsibility both for a blast of a natural gas pipeline in El-Arish several days ago, and for gunfire towards a bus carrying Egyptian soldiers this past week in the Sinai Peninsula.