Lebanese security officials say an explosion near a gas station has shaken a neighborhood in Beirut's southern suburbs. The explosion, that was caused by a suicide bomber who detonated explosives in a van, killed two people, one of them the suicide bomber, and wounded at least six, sources say.

Lebanese television footage showed the chassis of a vehicle with no roof. Smoke rose in the air and debris lay on a street. Body parts, including a head, were on the road.

Photographs taken by locals at scene of blast: 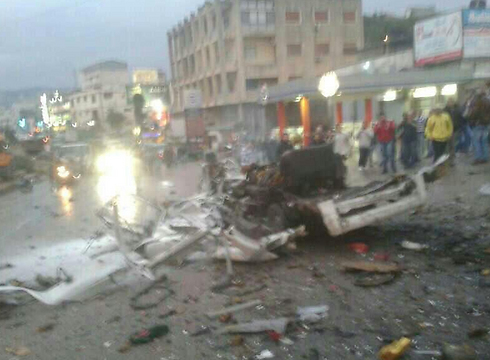 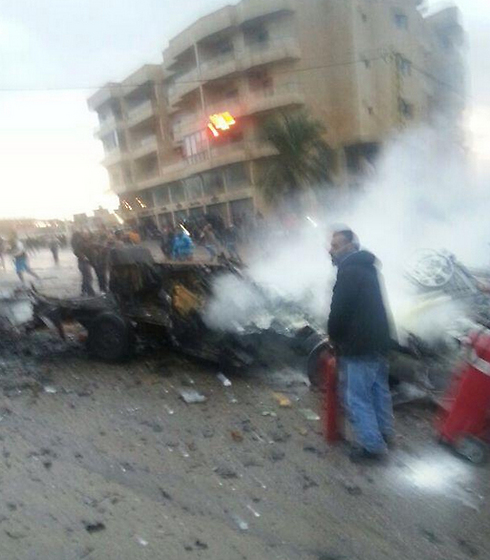 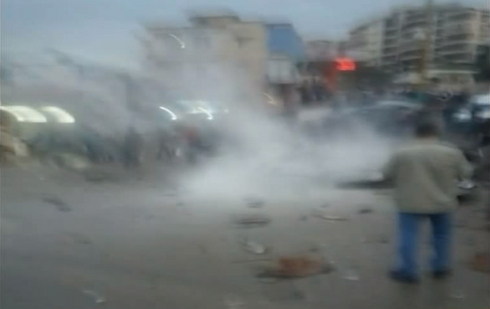 Officials said the nature of Monday's explosion in the Choueifat district was not immediately clear. They spoke on condition of anonymity because they were not authorized to brief the media.

Choueifat is traditionally a Druse neighborhood, but is adjacent to a Shiite Muslim area.

Shiite districts of Beirut's southern suburbs have been hit by a series of bombings in recent months. The Hezbollah militant group has a strong presence in the districts, and the bombings are believed to be retaliation for the Shiite group's armed intervention in Syria in support of President Bashar Assad.