While the ultra-Orthodox public is threatening to take to the streets en masse, Yesh Atid Chairman Yair Lapid has dubbed the new haredi enlistment bill "a return to Zionism," but some coalition members think otherwise.  Wednesday saw the first reading passage of the Sharing the Burden Bill which mandates haredi conscription into the IDF and stipulates criminal sanctions for draft dodgers. An election promise by Lapid and his centrist Yesh Atid party, Lapid described the bill's passing as "fixing a historic injustice which has gone on for 65 years." 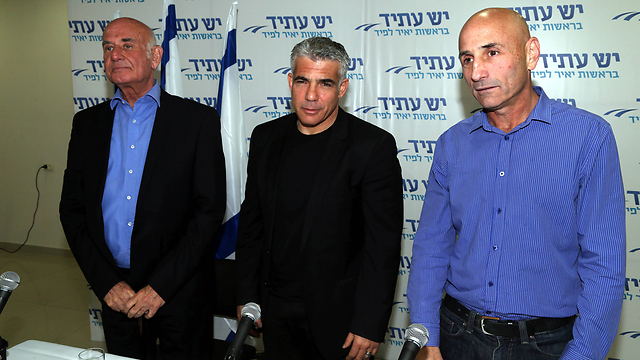 "In a month from now every haredi youth will receive a draft order. Whoever does not enlist will do civil service in the fire department, MDA paramedics or aiding the elderly. Sharing the burden is not an attempt to pick on haredim or their lifestyles. We are truly committed to aiding them extract themselves from the vicious cycle of poverty."

However, claims otherwise were quick to surface. Housing Minister Uri Ariel (Bayit Yehudi) said "no matter what – no yesiva student will be enlisted. Mark my words."

Ariel further said that whoever is studying "will continue to study, and those not studying will serve the people of Israel in other ways," a possible reference to the civil service track which offers a civilian alternative to army service in NGOs and civilian organizations like MDA paramedics or the fire-department.

Nonetheless, fellow party member MK Ayelet Shaked, who headed the committee charged with reformulating the bill, called it "historic," and said "we promised to enlist the haredim and integrate them into the workforce – and we have. If both sides of the story are attacking us, it means we succeeded," Shaked told Ynet. 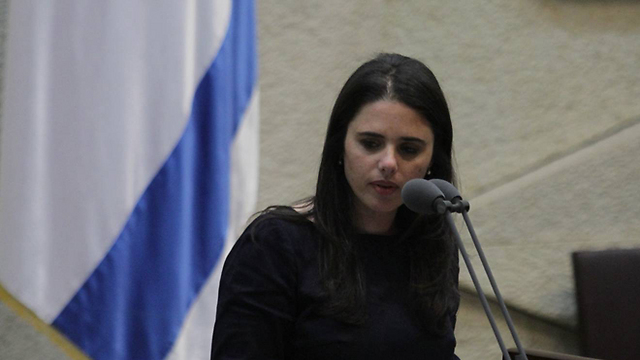 Shaked made the comments in wake of criticism launched from within her party: After the committee members approved the flashpoint issue of sanctions for ultra-Orthodox draft dodgers, fellow party member MK Moti Yogev filed a request for a renewed vote and revision of the bill.

Shaked commented on the request and said "the law is not final, but we are reaching the end of the process. This is an historic law and which will save Israel's economy and integrate haredim into the work force. Economy Minister Naftali Bennett is making preparations to receive thousands of haredi youth in specialized employment centers and the IDF chief of staff is already preparing to take in thousands of haredim by 2018." When asked about the possibility that the haredi public has not said their final word, and will take to the streets when the law is brought before the government for its final authorization, Shaked claimed "the bill is fair and good, and it is impossible to stop incitement." Bayit Yehudi leader Bennett also commented on the bill's preliminary passing, saying "Am Yisrael has won. For tens of years everyone has known there is a need to integrate the haredim into the workforce and army service. But only this government, in its current formulation, has done so. "The bill that has now passed the Shaked Committee is wise and balanced. It also recognizes, for the first time, the study of Torah as service and a qualification." Defense Minister Moshe Ya'alon also commented on the bill and said "I never saw my army service as a burden," a reference to the bill's name and issue keyword. "Certain sectors have grown accustomed to not serving, and I would like to see them take responsibility. In 99' the first haredi unit was formed and begun enlisting haredim, in 2013 some two thousand haredim enlisted into the IDF, add to that 1600 from 2012. More importantly, when they complete their service, 91 percent of them find employment." Ya'alon further noted that he would like to see Arabs and Druze enlist into the army "my mission is to help them share the responsibility. Any sector not sharing in the responsibly today needs to be enlisted."

The road to legislation

The bill managed to strain coalition tensions, and thus its final reading into law was postponed.

One of the most controversial and problematic clauses in the bill was the one stipulating criminal sanctions – including jail time – for haredim who refuse to enlist into either the army or civil service. This was the clause that eventually led MK Yogev to ask for an additional vote and revision to the bill. The bill is expected to go the Knesset for second and third readings next month and will only come into effect in 2017. Until then, the bill will be gradually implemented according to annual enlistment quotas: In 2014 some 3,800 haredim will enlist, in 2015 4,500 and in 2016 some 5,200 will join military and civilian service ranks. The haredi seminaries (yeshivas) will choose which students are sent to the army and which can continue their Torah studies. Additional key points in the bill are: