Half of Israeli adults are overweight

A comprehensive Health Ministry report for 2013 reveals the maternal age in Israel has gone up to 30, Israel ranks first in mortality rate for diabetes, and cancer is the primary cause of death in the country.

The annual Health Ministry report for 2013 reveals that despite an improvement in certain fields, the morbidity rates in Israel for heart diseases, diabetes and cancer are still high and alarming.

One of the most striking figures in the report addresses the overweight epidemic, which Israel suffers from as well. Fifty percent of the adult population in the country is overweight or obese. The overweight rate is 50% higher among men.

Health at a Glance
Report: 1 in 4 Israeli women overweight
Yaron Kelner
Central Bureau of Statistics report reveals Israel lags behind in number of doctors and nurses among OECD countries, yet fewer Israelis dies of cancer and heart diseases
Report: 1 in 4 Israeli women overweight
Among Jewish men, the highest rates of obesity and overweight are in the 45-64 age group, where they reach 70% of the population. Sixty-four percent of Jewish women aged 65 and over are overweight or obese. The obesity and overweight rate drops as the education level goes up. The obesity rate among Israelis with a higher education (more than 12 years of study) is 24% lower than among Israelis with a medium education level (11 to 12 years of study) and 51% lower than among Israelis with a low education level (up to 10 years of study). Obesity is a sensitive issue among children too, with a gradual increase in the extent of the phenomenon among children in the first to fifth grades. On the other hand, a moderate drop was recorded in the seventh to ninth grades. The highest rate of overweight and obesity was found in the fifth to seventh grades, reaching 30.7%.

According to the report, 18.4% of men and 20% of women suffer from hypertension, 10% of men have abnormal blood lipids, and among those ages 65 and over half of the men and 30% of the women suffer from high cholesterol levels. Fifty-three percent of the population, mostly men, engage in regular physical activity during their spare time.

Surprising figures were recorded in regards births too. The median maternal age is 30, compared to 28.5 in 2000. In 2012 there were 171,000 live births, 73% of them among Jews. Of all births, 4.5% were multiple births, including 268 babies born as part of triplets. The birth weight of 13,661 babies was lower than 2.5 kilograms (5.5 pounds), and 1,569 babies were born at a weight lower than 1.5 kilograms (3.3 pounds). Israel ranks ninth among the developed countries in the percentage of babies with a low birth rate. A total of 1,246 serious deformities were reported, compared to 871 in 2000. The number of pregnancies terminated over such deformities more than doubles – from 262 in 2000 to 597 in 2012. In the past decades, the rate of defects of the central nervous system in live births went down by 53%, compared to a general drop of 28% in these defects due to the use of folic acid.

On the other hand, the rate of Down's syndrome and genetic syndromes recorded an upside trend of 35%, due to the constant increase in the number of women giving birth at a later age.

The report also includes general death data. Some 42,000 people died in Israel in 2012. The number of deaths till the age of 75 is higher among men, and higher among women from the age of 75. The number of deaths is higher in the winter months, and mainly in January. The primary cause of death among the entire population is still cancer: 25.3% of the death cases were caused by cancer, followed by heart diseases (16.9%), stroke (6%) and diabetes (5.4%). The leading cause of death among babies up to the age of one were birth-related (41%) and congenital disorders (33.8%). Among children aged one to four the causes of death were external injuries (23%), congenital disorders (17%) and cancer (12.6%). Among children aged four to 14, cancer (28.1%) and external injuries (20%) were the primary causes of death, and in the 15 to 24 age group – external injuries (61%) and cancer (11.2%). 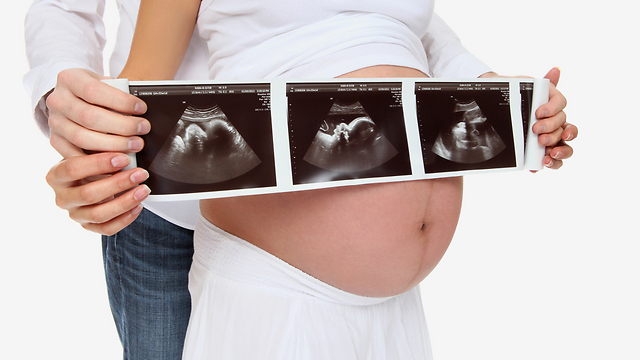 In 2012, 4.5% of all births were multiple births (Photo: Shutterstock)
According to the Health Ministry survey, 8.4% of men and 7.3% of women suffer from diabetes. The rate of diabetes among people aged 20 and over in Israel is high compared to the rest of the developed countries. The diabetes rates are high in all age groups among men. Israel ranks first in the mortality rate for diabetes among all OECD countries excluding Mexico, both among men and among women.

The year 2012 recorded 6,159 suicide attempts treated in hospitals. The highest rate was among youth aged 15 to 24. The suicide rate in Israel is relatively low compared to most developed countries, and is lower among married people compared to divorced and single people.

In the delivery room