Israeli submarine operations are on the rise in northern arena

Against the backdrop of Lebanese media reports claiming the Israeli Air force attacked a weapons convoy heading from Syria to Lebanon on Monday, a seemingly significant expression of IDF's special operations is revealed Tuesday morning.

Figures presented by a senior Navy officer indicate that 58% of submarine squadron "sea hours" last year were executed within operational activities, and the rest were used for training. In 2012, the figure in question stood at 36%, with similar figures for 2011 and 2010.

In 2013, 54 special operations were launched off the Haifa Navy base, indicating another increase in the Navy's operational activities.

"We carried out thousands of submarine operational hours last year," said a senior Navy commander, who also informed that "two new Dolphin submarines arrived in Israel from Germany in the second half of the year. It is a unique tool and we are preparing it for unique skills. We operate in various arenas, including the northern region, in order to secure the security of the State of Israel." 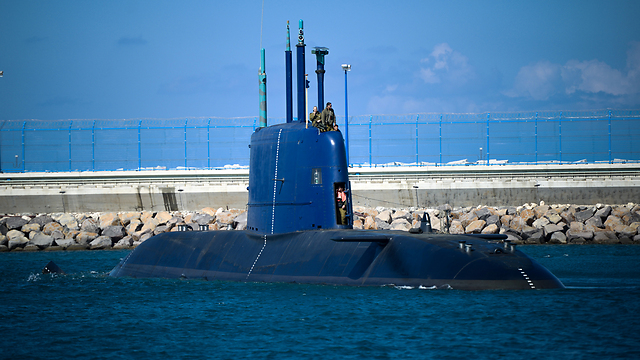 Haifa Navy base commander Brigadier General Eli Sharvit added: "The best Iranian and Russian products are in the region that is between Syria and Lebanon, and Hezbollah's and the Syrian army's efforts to grow stronger do not stop. We are on constant alert to secure our assets. We assume that the advanced Yakhont (S-800) missiles (which were obtained by the Syrian army) have also reached the hands of Hezbollah and we are preparing for that." 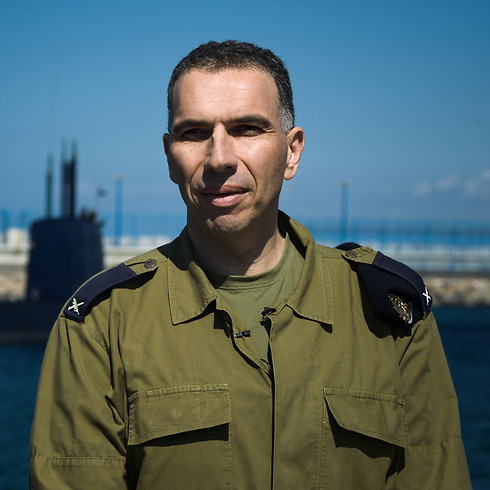 Submarine fighters recently received an honor of distinction by the Navy Commander Major General Ram Rothberg for an operation they carried out in the past year. Some operations lasted weeks on end; some were executed in long ranges of thousands of kilometers.

The new submarines will allow longer stays below water, travel at long distances, and will provide the capacity to carry larger weapons. The sixth submarine is expected to debut in 2019. The Dolphin submarines, arriving from port Kiel in Germany, will be docking in the new submarine port, Polinom, located in a Navy base in Haifa.

One of the submarine's innovations is a security system that is similar to the "windbreaker" defense system that is used in tanks; the system recognizes approaching missiles and causes them to stray off course. Due to the excessive operations that the submarines (considered the IDF's most expensive craft) enable, the amount of cadets in the submarine course has been doubled.

A senior military official involved in the project noted that German manufacturers are building both new submarines exclusively and according to the demands of the Navy, in contrast to other submarines that are placed in the same shipyard for other armies.