The development of the new safety measure, at a cost of hundreds of millions of shekels, was funded by the Transportation Ministry and executed with the help of Israeli defense electronics manufacturer, Elbit Systems. 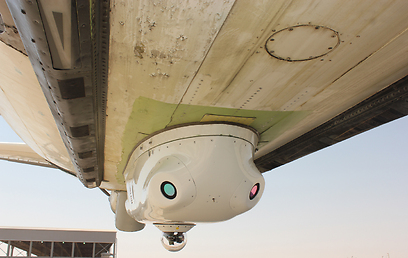 Eitan Eshel, head of research and development at the ministry, said Wednesday that testing of the "Sky Shield" system was "100 percent successful."

The system integrates laser technology with a thermal camera to protect aircraft against missiles fired from the ground. It deflects missiles fired at aircraft by changing their direction. Eshel did not say when the system, under development for about a decade, would become operational.

Islamic militants fired two surface-to-air missiles at an Israeli charter plane shortly after takeoff in Mombasa, Kenya, in 2002. The missiles missed their target but spurred an Israeli effort to improve countermeasures.