Rally organizers called upon protestors not to enlist into IDF under any circumstances; entrance to Jerusalem and main city arteries closed off.

An estimated 300,000 people are taking part in the haredi anti-IDF enlistment rally currently taking place at the entrance to Jerusalem, in protest of a new bill that would see ultra-Orthodox men drafted into the army for the first time since the birth of the State.

Israel Police were bracing for hundreds of thousands of haredi men to take to the streets of Jerusalem; the organizers of the protest said they were expecting more than 500,000 demonstrators, but reports placed the current number of participants at no more than 300,000. 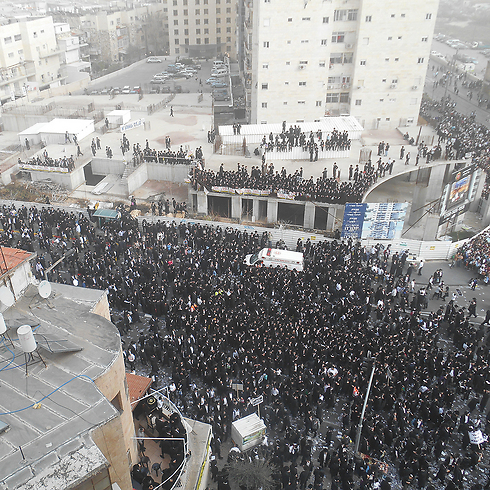 The rally's organizers called upon protestors not to enlist in the army, under any circumstances. They also urged the government not to legislate any bill that could harm yeshiva students. The organizers further added that the public should not be dragged into an unnecessary battle.

Magen David Adom paramedics treated 51 protestors who were injured during the rally. Four protestors were evacuated to the Hadassah Ein Kerem Hospital and Shaare Zedek Medical Center in the city, MDA teams reported.

Those injured sustained only minor injuries, and suffer from fainting episodes, weakness, light bruises and respiratory problems due to over crowdedness and the heavy haze.

The demonstration was a rare show of unity among the haredi community, with all of its central factions attending. Among haredim, the demonstration has already earned the title of "The Million-Man Protest", although some expressed doubts that more than two hundred thousand people would make an appearance.

The prayer rally was scheduled to start at 4 pm., gathering near the International Convention Center. 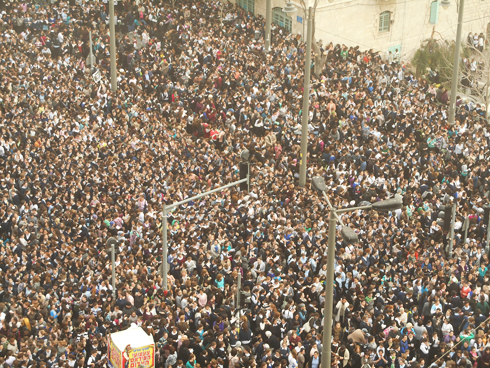 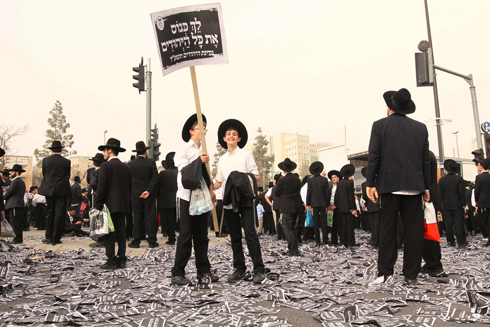 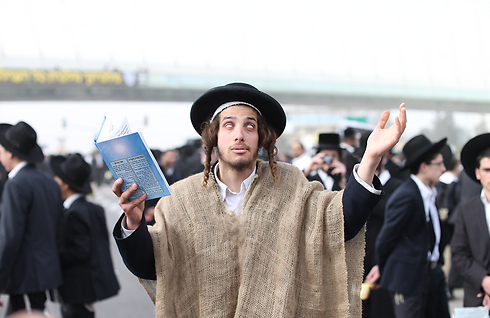 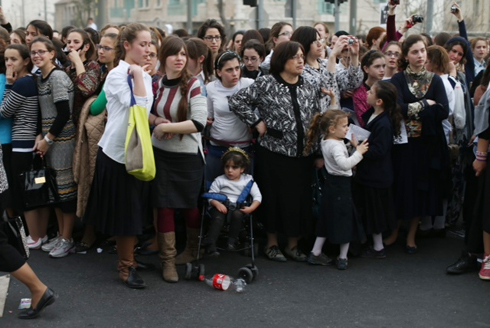 Women were also present at the rally (Photo: Ohad Zwigenberg)

The event's organizers met with police officials Thursday to discuss preparations for the rally, learning from Rabbi Ovadia Yosef's funeral some six months ago, which was plagued with logistical failures. Around 850,000 haredi men took to the streets to mourn the Shas spiritual leader and former Sephardi chief rabbi.

Police said thousands of police officers and Border Policemen, commanded by Maj.-Gen Yossi Fraynti, were on the streets from the early morning hours around the Central Bus Station and the nearby International Convention Center, at the site of the protest. The main entrance to Jerusalem closed to private vehicles from noon and public transportation from 1 pm. The Jerusalem Central Bus Station closed at 2:30 pm.

Police are urging people to avoid the area, while rally organizers said that police and crowd dispersal measures would only be active in areas around the rally, to maintain order.

The protest was not to include any speeches, instead holding protest prayers to send a clear political message to the government. Ahead of the mass rally, the event's organizers were trying to recruit several rabbis identified with the Bayit Yehudi party and the national-religious sector, in bid to expand the protest to the religious-Zionist community. 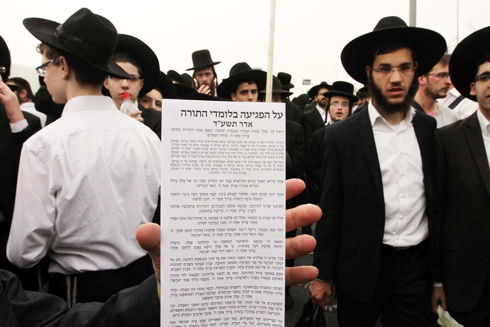 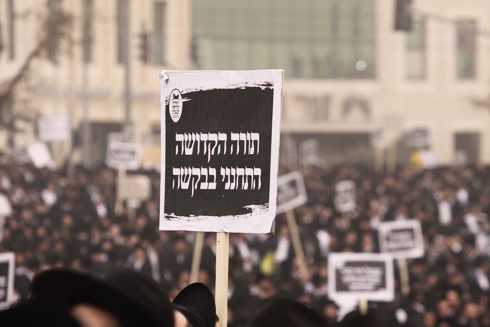 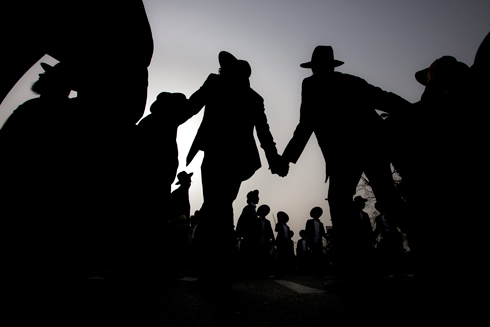 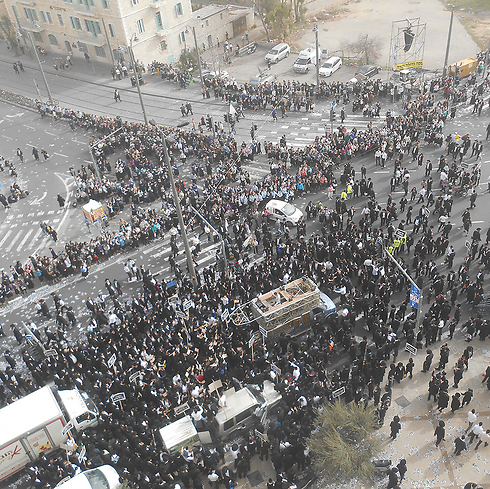 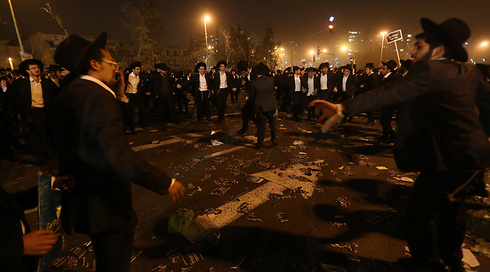 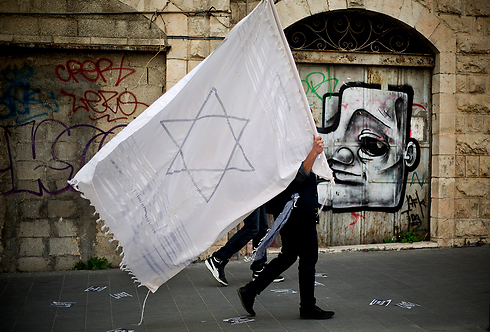 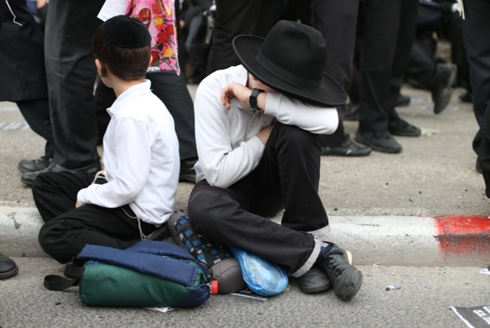 The haredim were seeking to show that the changes planned by the Shaked Committee on the IDF draft bill, such as criminal charges for draft-dodgers, are unacceptable even to the public represented by religious Zionist party Bayit Yehudi.

Meanwhile, several national religious rabbis and Bayit Yehudi MK Motti Yogev have already said they would take part in the rally, but Bayit Yehudi leader Naftali Bennett called on his party members to refrain from attending, saying that the enlistment bill was good for the nation.

"The bill is fair," Bennett said. "Military service is not an edict, it's a mitzvah (commandment of the Jewish law)."

But Yogev insisted that he would attend, arguing that the haredi public needed defending from such elements as Yesh Atid, whose leader Yair Lapid has made the reforms to the haredi draft a cornerstone of his party's platform. "I did not ask anyone's permission to attend, we are not a dictatorship like the Yesh Atid party. (MK) Ofer Selach insists on spiting the haredim, and I feel it is my responsibility to protest that."