High Palestinian demand for Israeli products stems from comfort and proximity, as well as Israeli control of movement to and from Gaza.

Cookies, coffee, soap and even hummus – these are just some of the Israeli products one can find on the grocery stores' shelves in Gaza, written in Hebrew just like the ones in the nearby Israeli retail chains.

Apparently, beneath the surface of the daily military tensions between Israel and the Gaza Strip, there is a meaningful economic relationship. In 2012 the value import of Israeli products to Gaza stood at NIS 1.3 billion ($375 million), including not only water, gas and electricity, but also food and cleaning products from well-known Israeli companies such as Telma, Willifood, Osem and Tnuva, which brings subtantial tax profit to Israel.

A Tnuva importer in Gaza reports that every day, 200 tons of the company's products arrive to the Strip and sent to about 1,700 different stores. The most popular products are milk and cream.

However, the high demand for Israeli products doesn't only stem from comfort and proximity; in fact, Gaza is a captive market as Israel controls the formal movement from and to the strip, so it is easy for Israeli companies to control its market.

While Israel makes a profit from selling its products within the Gaza strip, the citizens of Gaza are not given the same opportunities to sell their products. In 2007, after Hamas takeover of Gaza, Israel's Defense Ministry banned the selling of goods from the Strip, though up until then, 85% of the Gaza-based merchandise was sold in Israel and the West Bank.

Israel also controls the scope of traders who can travel in and out of Gaza using a procedure that explicitly encourages trade with Israeli companies only, and specifies rigid criteria defining who is permitted to enter Israel. The permits are given only to traders proving a large sale scope, the rest are not even allowed to send mail packages out of Gaza. This damages mainly women trying to maintain small businesses. The result – the scope of trade exiting Gaza stands at only 2%, resulting in the collapse of small businesses. 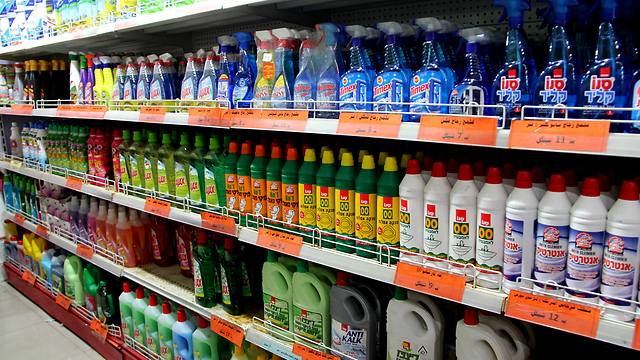 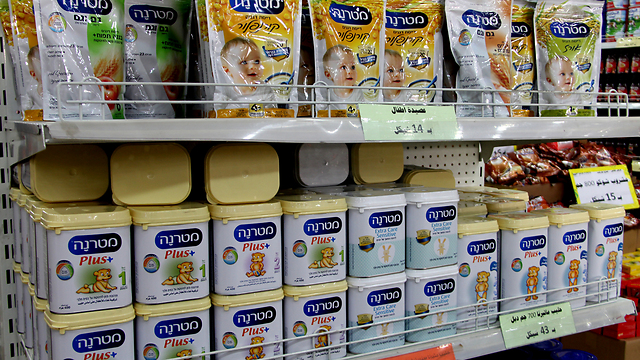 "The demand in Israel for Gaza products still exists, and both sides would benefit from it as many products such as fruits, furniture and clothes are cheaper to produce and manufacture in Gaza," said Sari Bashi, executive director of the Israeli charity Gisha ("access") dealing with Palestinian freedom of movement in the territories.

Though there are many difficulties and barriers in forming financial relationships with businessmen from the Gaza Strip, Israel is making an effort to ease the sanctions on the agriculture sector in Gaza. Only a month and a half after Operation Pillar of Defense, Israel invited 30 Palestinian farmers from Gaza to attend an agriculture exhibition in Israel.

During their Palestinian farmers' visit, they made contact with Israeli companies that provided them with new technologies and advanced methods to pass the international export standard. "Our interest is to export Israel our products, we focus on the business benefits, and not politics," said Ahmed Shafi, the head of the Gaza City Agricultural Association. "Israel and the West Bank are the most important markets for the farmers in Gaza as Israel's high GNP drives the Israeli consumer to pay more for the product, and the manufacturers and marketers to pay less – saving money on shipping and handling as ships and planes are not needed due to the geographical proximity," said Jamal Abu Najar, the head of the Khan Yunis City Agricultural Association.

The price we pay

For example, an Osem cookies box will cost NIS 7 ($2) in Gaza in comparison to NIS 11.40 ($3) in the Israeli "Mega" and "Shufersal" retail chains – 37% difference. The cleaning products are also cheaper in Gaza – Sano window cleaner costs NIS 11 ($3) in comparison to NIS 15 ($4) in Israel – 27% difference. The list is long and includes dairy products as well, but does this mean that the cost of living is lower in Gaza? Not if you take into consideration the average daily wage of NIS 60 ($17)  and the high unemployment rates of 38.5%.