Iran: Israel, US are behind attempt to sabotage Arak reactor

A senior Iranian official said Monday that an alleged attempt to sabotage one of Tehran's nuclear facilities involved foreign intelligence agencies who tampered with imported pumps.

Asghar Zarean, in charge of nuclear security for Iran's Atomic Energy Organization, was commenting on claims regarding the heavy water nuclear reactor at Arak in the center of the country. Iran first made the charges Saturday.

Tehran has accused the Israel, the US and their allies of undermining Iran's nuclear program through covert operations. It says its adversaries regularly engineer sales of faulty equipment and attacks by computer viruses.

Zarean said in comments posted on state TV's website that the contractor who sold the pumps did not know they were faulty. He did not identify the contractor.

"Foreigners were behind it and contractors had no specific role. The (intelligence agencies) exploited the contractors' lack of knowledge," he said.

The Arak reactor can produce plutonium, a potential route to building a nuclear warhead. The West suspects Iran of trying to develop a capability to make nuclear weapons. Iran denies the claim and says its nuclear program is for peaceful purposes. 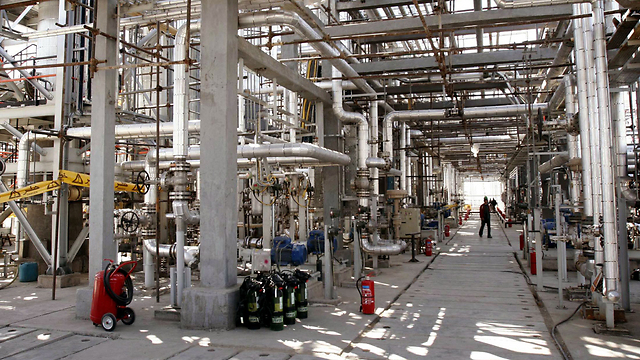 Iran's heavy water reactor in Arak (Photo: Reuters/Archive)
Zarean said the incident at Arak reactor site was neither the first nor the last act of sabotage to undermine Iran's nuclear program. "This is the policy of foreign intelligence agencies: to slow down our peaceful nuclear activities. Disrupting (our activities) is one of their methods. They will continue to target not only the nuclear industry but the country's entire infrastructure," he said. In the past, computer viruses have attacked Iranian nuclear facilities. In 2010, the so-called Stuxnet virus temporarily disrupted operation of thousands of centrifuges, key components in nuclear fuel production, at Iran's Natanz uranium enrichment facility. Israel has never commented on the allegations but is widely believed to have been involved in the Stuxnet attack. Some Iranian officials have also suggested in the past that specific European companies may have sold faulty equipment to Iran with the knowledge of American intelligence agencies and their own governments, since the equipment would have harmed, rather than helped, the country's nuclear program. Since then, Iran has also said that it discovered tiny timed explosives planted on centrifuges but disabled them before they could go off. Authorities now claim the Islamic Republic is immune to cyberattacks.