Cheaper housing: A dream come true, or another empty promise?

One housing crisis, two solutions and an entire public waiting to make their "Israeli dream" come true and own a piece of real estate.

The ministerial committee on housing prices was set on Monday to discuss two programs to reduce the cost of home purchases, which has risen dramatically in recent years. One of the plans is by Prime Minister Benjamin Netanyahu and another Finance Minister Yair Lapid.

Both programs are designed to lower the prices of apartment purchases: Lapid's program would do so by lowering the VAT on buying an apartment to zero percent, which would lead to a 15-percent reduction on the apartment's price. Netanyahu's program involves agreeing on a set price per unit with building contractors ahead of construction, resulting in a 20-percent reduction in market prices.

The cabinet is set to vote on Netanyahu's proposal, which would entail forming a team that had three weeks to submit a plan for publishing tenders for the construction. The team would be headed by Lapid, and include Housing Minister Uri Ariel; Harel Locker, the director-general of the Prime Minister's Office; and Israel Lands Authority Director Benzi Lieberman. 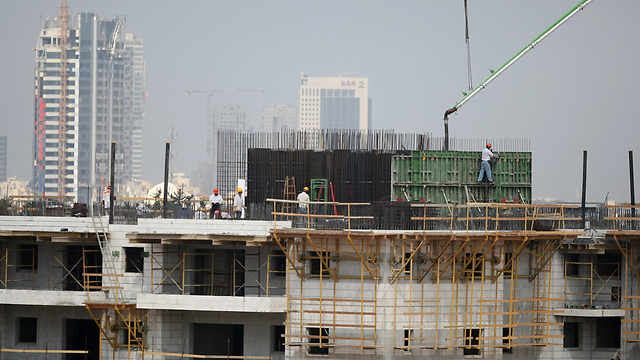 The cabinet is also set to vote on Lapid's program, which provides the option to purchase an apartment of up to a certain price (determined by the government) at zero-percent VAT. But buyers would have to meet certain criteria: married couples with children; common-law partners with children; and single people up to the age of 35 who have served in the army and are purchasing their first apartment.

Netanyahu's program, drawn up by the Housing Ministry a few months ago and announced Sunday, is designed for construction on state lands, primarily in cental israeli cities such as Ramat Gan, Modi'in, Rosh Ha'ayin and Kiryat Gat. In these construction projects, the state would set a price that reflected a 20-percent reduction in the median market price in specific areas, and would apply that supervised price to 80 percent of the homes in the project. Developers would then be invited to submit tenders for construction on the land, with bids that took into account the fact that 80 percent of the apartments would be subsidized.

The most obvious advantage of Lapid's plan is that it would apply to every new apartment built in Israel, and not only on land belonging to the state. However, the plan's focus is on assisting those purchasing their first apartment, which is a disadvantage, as many see this as harmful to the principle of equality. It is unlikely, furthermore, that the Supreme Court would approve the program.

In addition, Lapid's plan is based on a tax benefit. This requires a change in legislation, itself a complicated process that can take a long time to formulate, and, once approved, could take a long time to overturn should the plan prove to be a failure.

Unlike Lapid's plan, Netanyhu's plan has no criteria for eligibility of buyers, and would also apply to investors and home-owners moving to new apartments. Its biggest advantage is that it doesn't require legislative changes and could be executed between the Israel Lands Authority and the contractors, making it easier to implement, or cancel.

The main disadvantage of Netanyahu's plan is that it may cause a construction slow-down; if contractors believe prices set by the government are too low, there is a good chance that they won't bid and the tender would be cancelled. In this case, the plan will probably be canceled and the Israel Lands Authority required to re-issue the tender, which would cause a construction slow-down and price rise.

An additional disadvantage of the Netanyahu program is that the tenders only apply to high-price lands, because it is only on these lands that the contractor can make enough money despite reducing unit prices. For this reason, there is concern that the benefits of the plan would only be felt in the most sought-after areas in central Israel, and not in more remote places of the country, where prices are lower.